The Shin Bet breaks up a Palestinian al Qaeda Cell 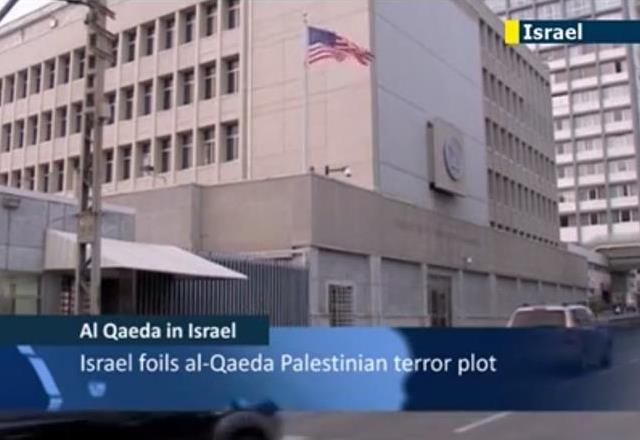 It was reported yesterday that Israel’s internal security agency, the Shin Bet broke up an al Qaeda cell operating in Jerusalem.

According to the report, three men in Jerusalem were recruited by an al Qaeda operative in Gaza to carry out three attacks: targeting the Jerusalem-Maale Adumim bus line, the Jerusalem convention center and the American embassy in Tel Aviv. (Last year, in an apparently unrelated case, Israel arrested an Iranian national photographing the embassy.)

Using Skype and Facebook, Sham was able to recruit Iyad Khalil Abu-Sara, 23, of Ras Hamis of east Jerusalem, who has an Israeli ID card. During questioning, Abu-Sara, who was arrested on December 25, admitted to volunteering to carry out a “sacrifice attack” on an Israeli bus traveling between Jerusalem and Ma’aleh Adumim. In the planned attack, terrorists would shoot out the bus’s tires, causing it to overturn, before gunning down passengers at close range and firing on emergency responders.

One of them was planning to arrange to bring foreign terrorists to Israel posing as Russian tourists to aid in the execution of his plans.

The report in USA Today explained why this discovery is a big deal:

“It appears that this is the first time since 2001, when the so-called Shoe Bomber came to Israel to conduct reconnaissance for a possible attack, that hard-core al-Qaeda elements are involved within Israel,” Oreg said. …

“It seems that the three recruitees were about to go to Syria, where they would have been trained to construct explosive mobile devices and would be joined, on their return, by foreigners, who are attracted to the Syrian jihadi arena,” Oreg said. “This isn’t a lone wolf. We know what al-Qaeda is capable of, so this is a big development.”

These arrests are consistent with the analysis espoused by Daveed Gartenstein-Ross that local al Qaeda groups are not members of a “junior varsity” wearing NBA uniforms as President Obama claims, but in fact have “hidden arrangements with either al Qaeda’s affiliates or directly with its senior leadership.”

Apparently Israel is one more place that al Qaeda is running to.

Did he state that before or after his genuflection in saudiland?

These cockroaches are infesting all of civilization and until we come to our senses, they will continue.

Hats off to the Israelis who can do what we cannot…

Barry was correct … al Qaeda is on the run. They are running everywhere. And places where Obama surrendered our gains, al Qaeda is running … things, and flying their flag.

When Obama said you can keep your plan and your rates would go down, his REAL plan was the opposite. Force the majority into expensive Obamacare plans, to fund illegals and irresponsible obese drug addicts.

When he helped get rid of Mubarak and Gaddafi, he meant the Muslim Brotherhood and al Qaeda would be “on the run” into those power vacuums, to kill Christians and impose Sharia law.

Orwell had these guys figured out long ago.

Was this a varsity squad?

Why is this not bigger news?

Looks like it’s time for another revision to Webster’s Dictionary for the sake of “proving a point”.
Rather than admit his (intentionally) mistaken notion that AlQueda has been decimated and the players in Syria et.al. are JV posing as pros, he’s going to double down on it and insist that what’s really going on is that the JV is now playing at professional level or some such idiocy…

“Shoot out the tires”?

Did they hire someone to do this?

Moslems let Allah do the aiming, and he is a lousy shot.

The Israeli solution to cases like this should be simple: try them, convict them, seize all their assets, demolish their homes and seize the land, deport the entire family to Gaza or Judea no matter how many generations of the live in Israel, ban them from ever entering Israel for any reason.

Let them know the full horror of what they don’t want, even as they seek to slaughter Jews: living under Hamas and Abbas.

There’s no point in imprisoning them cuz some future Israeli PM is going to let them.

Right,,, the JV is now playing at a very serious Professional level. These are the real deal, Mr. President and Mr. Kerry.

No, no, no… Al Qaeda is punching above their weight…