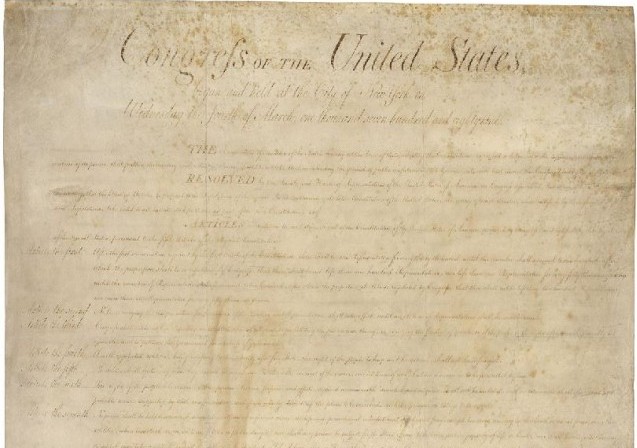 I recently was referred to disparagingly as a mere “blogger,” by an attorney in a matter I was reporting about, in an email in which “reply to all” was mistakenly selected.

It was disappointing at many levels, particularly given the person the attorney was representing, but not really surprising.

Well, buddy, I got rights.

So holds today’s Obsidian Finance Group v. Cox (9th Cir. Jan. 17, 2014) (in which I represented the defendant). To be precise, the Ninth Circuit concludes that all who speak to the public, whether or not they are members of the institutional press, are equally protected by the First Amendment. To quote the court,

The protections of the First Amendment do not turn on whether the defendant was a trained journalist, formally affiliated with traditional news entities, engaged in conflict-of-interest disclosure, went beyond just assembling others’ writings, or tried to get both sides of a story. As the Supreme Court has accurately warned, a First Amendment distinction between the institutional press and other speakers is unworkable: “With the advent of the Internet and the decline of print and broadcast media … the line between the media and others who wish to comment on political and social issues becomes far more blurred.” Citizens United, 558 U.S. at 352. In defamation cases, the public-figure status of a plaintiff and the public importance of the statement at issue — not the identity of the speaker — provide the First Amendment touchstones.

I think that’s right, not just as a matter of First Amendment principle but also as a matter of history and precedent…. The specific legal issue that the Ninth Circuit was confronting in this passage, by the way, is whether all who speak to the public are equally protected by the Gertz v. Robert Welch, Inc. rules, which are that

So the credentialed (but irresponsible) aren’t the only ones with protections? Alert the Guild!

Get your Credentials here!

No one has got them cheaper than the MSM!

So do commenters also “got rights”?

I try to keep my outrage somewhere near the corner of “Cautious and Broad”, but it is hard not to state openly that some are “liars and crooks”.

Surely given the four Pinocchio lies that are premeditated in campaign ads, individual blog comments should be treated loosely as bar room chatter.

But when “they” bring the drones to shoot bloggers off our lawnmowers one day, it will probably be for telling too much truth. 😉

thanks … I guess this is it … listening now

That’s it. I shoulda linked it myself.

Judge David Sentelle gave a speech at Cato that nailed this sentiment.

Something I never had considered re: shield laws. The idea of banning titles of nobility. That is, the founders didn’t want anyone to be above the law therefore there is no argument for the institutional press.

Always interesting to my how easily some people pervert simple ideas.

“Freedom of the press” has NOTHING to do with protecting some cadre of approved writers.

It could have as easily been written as “freedom of the means of mass communication”, or “freedom of the pen”, since it was about giving a practical voice to “free speech”.

Anybody with the means could set up a “press” when the Constitution was drafted, and you could easily “rent” one to publish your broadside or pamphlet for a small fee.

Always interesting to my how easily some people pervert simple ideas.

The Nazis had an app for that: Gleichschaltung.

As a totalitarian regime the Third Reich developed its own language, a perversion of the German language. The control of hearts and minds, to which totalitarian political systems aspire, necessitates such a perversion of the normal use of language. Meaning is twisted and distorted in such a way that the citizens of a totalitarian state can no longer distinguish truth from falsehood. They are reduced to such a state of confusion and impotence that they can be fully manipulated by the dictatorial government…

…The word was meant to hide the fact that what was going on was in flagrant breach of all previous notions of freedom, civil rights and self-government.

I see a lot of Gleichschaltung in America these days and this is but one small example.

The new amendment is a step forward for independent and non-traditional media organizations who feared that an amendment introduced to the original bill would exclude them from protections granted to the traditional press corps, including protection from revealing information and sources except in extreme circumstances.

OK, but you will still be hearing from the IRS.
Just coincidently dontcha know? Nothin’ to do with your nice little blog you got there.

Could you type a little larger there.

The NSA couldn’t read it all. Eye strain you know – just like those regulators at the SEC.

You’ll have to check with Rodney Dangerfield or ‘Retha Franklin about that.

Horse feathers. I stand on my own authority.

Liberal Lawyer dismisses A Just A Citizen because Just A Blogger.

Liberal snobbery is so amusing.

Set in print next to the word journalist, ‘blogger’ looks like some tool a plumber might use, or perhaps the nickname an Aussie calls a wild animal down under.

As part of a larger PR campaign, bloggers need to come up with a better collective name.

It IS a plumbing tool … used to dislodge large crap from the pipes of society, which the low flow MSM no longer flushes out.

The traditional reply to the cry of “I got rights.” is the rejoinder, “Use ’em or lose ’em.”

They had “bloggers” back in the 1700s; people who put out their own small community newspapers and broadsides. What they DIDN’T have were enormous pan-continental “official” news corporations who got exclusive access to leaders. Somewhere along the line, we let the corporate monsters elbow everyone else out of the way and put themselves up as “trustworthy” sources of information.

Congratulations and thanks to Eugene Volokh. The court’s decision seems like a no-brainer, but given that it’s the 9th Circuit . . . .

Interesting! So, do we common folk also have rights when we express views that are in conflict with so-called “hate speech” codes?

I find it fascinating, and frightening, that Congress is considering codifying speech rights, and the right to not disclose sources, for supposed accredited journalists. I presume that definition only applies to “Journolists” and not to ordinary folk, so to speak.

Maybe Orwell was correct in his Animal Farm statement about some pigs being more equal than other pigs, or maybe he really meant folks.