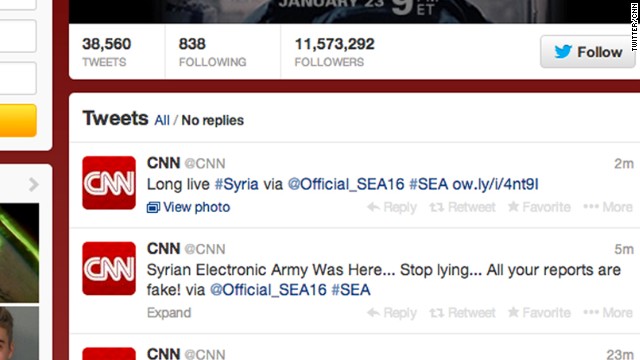 The CNN Public Relations Twitter account posted a message shortly thereafter that read, “Some of our organization’s social media accounts were compromised. We have secured those accounts and are working to remedy the issue.” 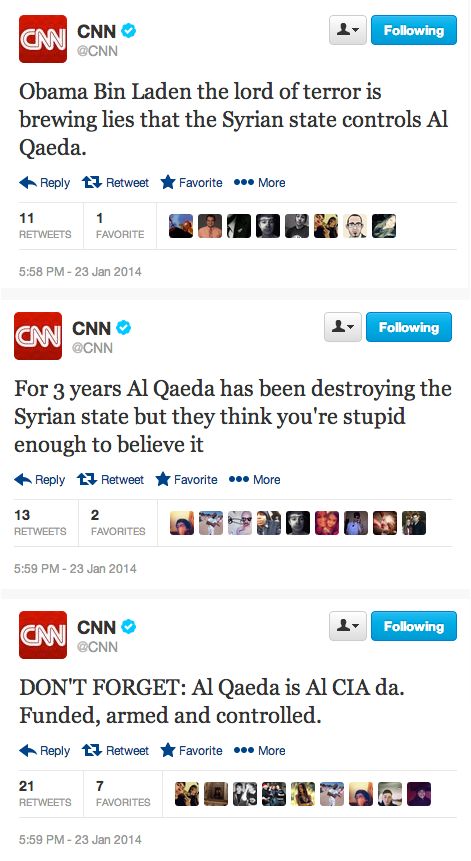 SEA sent out a series of tweets from its own Twitter account, criticizing CNN’s coverage of the conflict in Syria and accusing the CIA of controlling and funding Al Qaeda. 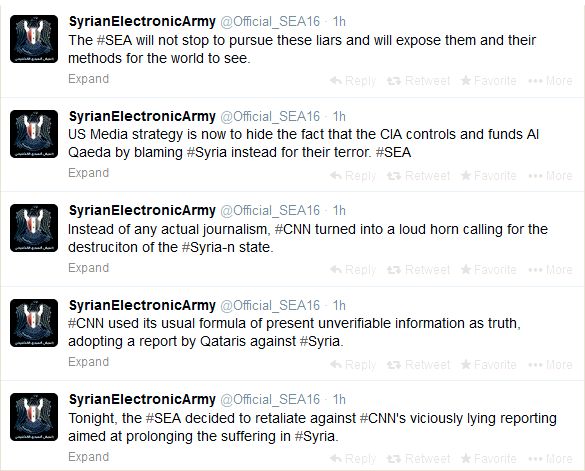 Matthew Keyes’ The Desk reported that SEA provided screen captures of some of the activity associated to the incident.

CNN again confirmed the incident and provided additional details in a posting at its website later Thursday evening.

Some of CNN’s social media accounts and blogs were compromised Thursday.

The posts were deleted within minutes and the accounts have since been secured.

The Syrian Electronic Army, a group of pro-Assad hackers, is of course known for targeting the accounts of news organizations, as well as corporations, among others.

If this is what a bunch of dopey Syrians can do (though they probably had Russian help), what are China and Russia capable of, if things go hot? And is our government preparing for this asymmetric warfare? It doesn’t look like it, because there doesn’t seem to be much interest in hardening our public utilities, telecommunications, and the GPS system. But I’m sure there will be lots of commissions and finger pointing after the damage is done.

I think CNN hacked their own site hoping for a ratings bump.