Clashes erupt in Egypt between police and Muslim Brotherhood supporters

Clashes erupt in Egypt between police and Muslim Brotherhood supporters 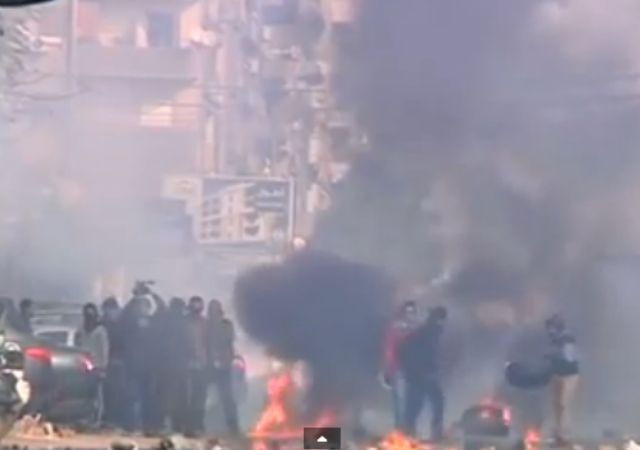 Protests in Egypt turned violent on Friday as supporters of the Muslim Brotherhood and of ousted President Mohamed Morsi clashed with police forces.

Eleven people [Editor’s note: this number is being updated, check the link for latest] were shot dead as supporters of the Muslim Brotherhood clashed with police across Egypt on Friday, defying an ever-widening state crackdown on the movement that ruled the country until six months ago.

Islamists opposed to the army’s overthrow of President Mohamed Mursi in July have been holding daily demonstrations, even after the army-backed government declared his Brotherhood a terrorist group last week, increasing the penalties for dissent.

The government is using the new classification to detain hundreds of Brotherhood supporters. Thousands more, including top leaders of the group, have been in jail for months, arrested in the aftermath of the army takeover.

The new classification of the Muslim Brotherhood as a terrorist organization prompted the group’s supporters to take to the streets in various locations across Egypt just after the announcement last week.

This week, Morsi supporters rallied after calls for demonstrations ahead of a new hearing in the ousted president’s trial.

AFP reports that protesters were throwing various items amidst clashes with authorities, including rocks and fireworks.

In the upscale neighbourhood of Maadi, police fired tear gas near a military hospital as protesters threw fireworks at them, an AFP reporter said.

He said protesters clashed with the police on a road along the Nile river and also inside the suburb.

The street was littered with rocks and burning wood as police vehicles sped up and down the road to disperse the protesters.

A new constitution to be voted on at a referendum on January 14-15 will also ban religiously based political parties and give more power to the military.

The army-backed authorities says the constitution will pave the way for a return to democratic rule by mid-year.

It would be a further step toward the complete removal of the Brotherhood from public life after winning every election in Egypt since autocrat Hosni Mubarak was overthrown in the 2011.

Authorities have pledged to secure the referendum, despite the daily protests and frequent bomb attacks against the security services over the past months.

Morsi supporters have said they’ll plan to boycott the referendum.

I hope the police have sufficient ammunition

My suggestion is that the Egyptian government commence military tribunals to dispatch the usurpers in a timely fashion. The longer they wait, the more costly will be the resolution…

Yes, and the longer they wait, the more time Obama and Iran have to prop up the MB.

Her army is the core of a nation. If her army cannot protect the nation from external and internal invasion, there is no nation and no army worthy of the name. A nation can only come up and remain up around a successful (i.e., victorious) army at her core. Law and economics, singly or together, cannot form or maintain a nation. Only her victorious army can do that. Egypt is testing whether she is a nation.