10 quotes to kick off your New Year

10 quotes to kick off your New Year 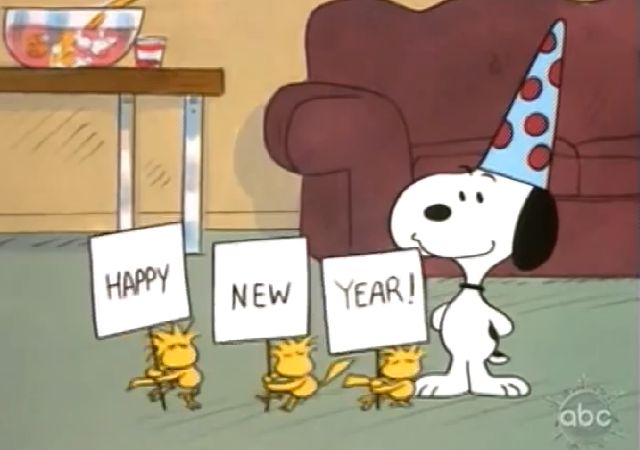 I’ve never been much of one for making New Year’s resolutions.  But the turn of the calendar does usually prompt me to reflect on the past year, and on what the year ahead may have to offer. The new year for many is in some sense a time to regroup – to take stock of what’s important to us, to thank those who have been supportive, and to look ahead at all the things we can all accomplish.

So as we enter 2014, here are a few quotes to help kick off the New Year. Including a lighthearted one or two for good measure. Feel free to share your own suggested quotes in the comments.

And a special thank you to so many Legal Insurrection readers for welcoming me this year and for helping to make 2013 especially memorable.

“Character is the ability to carry out a good resolution long after the excitement of the moment has passed.”
— Cavett Robert

“Tomorrow, is the first blank page of a 365 page book. Write a good one.”
— Brad Paisley

That prior quote seems reminiscent of this one:
“Each New Year, we have before us a brand new book containing 365 blank pages. Let us fill them with all the forgotten things from last year — the words we forgot to say, the love we forgot to show, and the charity we forgot to offer.”
― Peggy Toney Horton

“One resolution I have made, and try always to keep, is this: to rise above the little things.”
— John Burroughs

“Twenty years from now you will be more disappointed by the things that you didn’t do than by the ones you did do. So throw off the bowlines. Sail away from the safe harbor. Catch the trade winds in your sails. Explore. Dream. Discover.”
— Source disputed: H. Jackson Brown Jr., P.S. I Love You, author credited his mother. The quote is often misattributed to Mark Twain.  Wherever it’s from, it’s still an inspiring quote.

“Be at war with your vices, at peace with your neighbours, and let every new year find you a better man.”
― 1755 edition of Benjamin Franklin’s Poor Richard’s Almanac

“There are far, far better things ahead than any we leave behind.”
― C.S. Lewis

“Every new beginning comes from some other beginning’s end.”
― Seneca

“New Year’s Resolution: To tolerate fools more gladly, provided this does not encourage them to take up more of my time.”
― James Agate

Patricia “Peppermint Patty” Reichardt: “Have you made any New Year’s resolutions, Chuck?”
Charlie Brown: “Yes. You know how I always dread the whole year? Well, this time I’m only going to dread one day at a time.”
― Happy New Year, Charlie Brown (1986 TV Short)

“Sail away from the safe harbor. Catch the trade winds in your sails. Explore. Dream. Discover”

I’ve always liked: A ship is safe in the harbor. But that’s not what ships are for.

My favorite quote, which has served me well over many New Year’s past:

“Everything in moderation, including moderation.”

“There are far, far better things ahead than any we leave behind.”
― C.S. Lewis

As always, Lewis was being religious, rather than inspirational.

A few sharp quotes from Coach Bear Bryant for our tasks ahead this year.

““Losing doesn’t make me want to quit. It makes me want to fight that much harder.”

“There’s a lot of blood, sweat, and guts between dreams and success.”

“If they don’t have a winning attitude, I don’t want them.”

“But there’s one thing about quitters you have to guard against – they are contagious. If one boy goes, the chances are he’ll take somebody with him, and you don’t want that. So when they would start acting that way, I used to pack them up and get them out, or embarrass them, or do something to turn them around.”

“The old lessons (work, self-discipline, sacrifice, teamwork, fighting to achieve) aren’t being taught by many people other than football coaches these days. The football coach has a captive audience and can teach these lessons because the communication lines between himself and his players are more wide open than between kids and parents. We better teach these lessons or else the country’s future population will be made up of a majority of crooks, drug addicts, or people on relief.”

Related to the Bear Bryant quotes, one of Thomas Edison’s.
“Opportunity is missed by most people because it is dressed in overalls and looks like work.”

More TE on work and perseverance:
“Our greatest weakness lies in giving up. The most certain way to succeed is always to try just one more time.”

How about this one:

“What the hell is going on in Ithaca?”

From another blog on a horrific crime in Ithaca NY of which no one has apparently heard, for the obvious reasons.

“Never believe anything until it has been officially denied” -Claud Cockburn-

From a true medicinal savant: “It ain’t what they call you, it’s what you answer to.” W. C. Fields

Pride is only poisonous if you don’t swallow it.