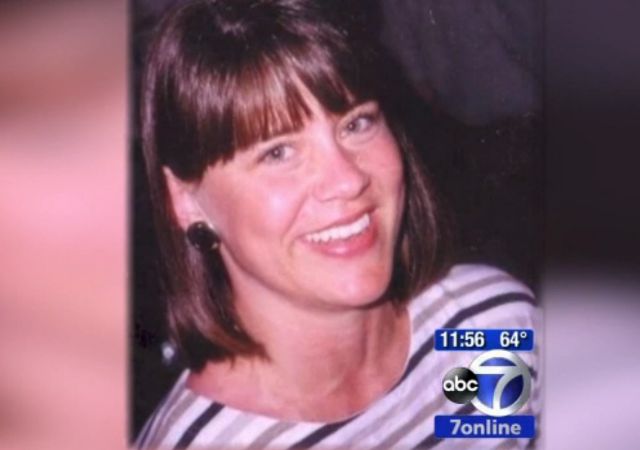 A radio station in Iowa has been granting Christmas wishes to a few chosen listeners each year for over two decades. This year, one of those requests stood out and will tug at your heartstrings. (Watch the video after the jump).

A mother of four has surprised her children, husband and his new fiancée with heartbreaking Christmas letters two years after her death from ovarian cancer.

Brenda Schmitz was 46 when she passed away in September 2011. As a parting gift, she entrusted a letter to a friend, who remains anonymous, to deliver when the time was right. The letter was addressed to a local Des Moines, Iowa, radio station and contained two other letters; one for her husband David and another for the new love of his life.

A month before she lost her battle to the disease, Schmitz wrote the letter to KSTZ Star 102.5, which runs a Christmas wishes program each year. Listeners send in their Christmas wish letters, and the station elicits the help of sponsors to grant a select few.

Brenda’s wishes were finally revealed two years later when the station brought her husband, David, into the studio and read the note to him on air last week.

The letter to the station contained three wishes.

The first of those wishes was for the new love in David’s life – he is recently engaged – to receive “a day or better yet a weekend of pampering in all aspects of her life,” to thank her for being a stepmother to her boys.

The second wish asked that the entire family be granted “a magical trip somewhere where they all can enjoy each other’s company and companionship as a family and create those memories that will be with them forever.”

Brenda’s third wish asked that the Cancer doctors and nurses who cared for her at the hospital receive a “night out full of drinks, food and fun for all they do every day for the cancer patients they encounter.”

You can see on the video that David was genuinely emotional, both when hearing the letter, and when talking about his late wife.  He said that since his wife passed away, “she’s shown so many signs that she’s [here],” according to ABC News.

An oncologist at the hospital described the kind of person Brenda was.

“There are people in this world that no matter who they touch, they bring something special to that person’s life.  And Brenda was that kind of person.”

With the help of local businesses, the radio station was able to make all three of Brenda’s wishes come true, including sending the entire family to Disney World in Florida for a four day vacation, according to ABC News.

She was a very special person. I wish I could have met her.

Tried as I might, I didn’t get through it without having the same physical affect that comes with cutting fresh onion-

Yeah, I pissed my pants, too.

I don’t think you are doing it right.

if I’ve told you once I have told you 100 times, pants go on bottom and woolen hats go on top.
we get tired of seeing you walk around with pants covering your head and a hat on your tallywhacker.

A genuinely loving woman! Her family was blessed to have had her.

I saw this story earlier on another site and tried to tell my husband about the rainbow above the hospital the morning she passed away and just broke down into a sobbing, blubbering mess! What a wonderful, sweet woman to be thinking of her family as she lay dying.