There’s a place (in the blogosphere) for us, somewhere a place for us

There’s a place (in the blogosphere) for us, somewhere a place for us 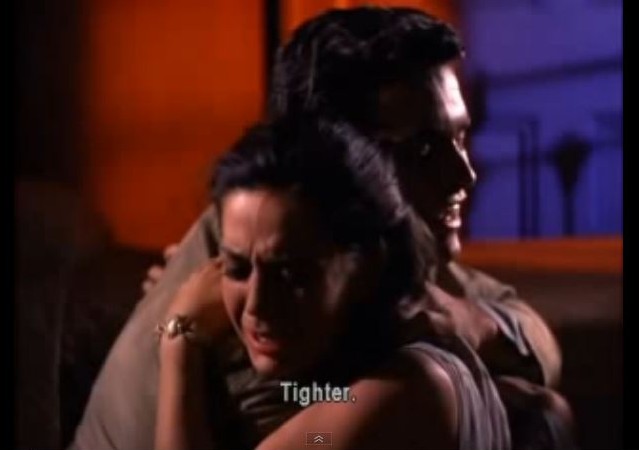 The big are getting bigger, and better.

Now, according to Buzzfeed, Salem also will be acquiring Eagle Publishing, which owns Red State and Human Events:

Eagle Publishing owns RedState, Human Events and Regnery Publishing, a publisher of conservative books. With the acquisition, Salem Communications will operate a block of five major properties in the conservative media landscape.

Eagle told employees last week that Salem would acquire the company, Politico reported, but would not confirm a deal.

Sources close to the deal tell BuzzFeed that 90% of the Eagle staff will be retained, but “virtually all” of the upper management will be let go to avoid redundancy. Sources say spirits at Eagle remain high, however, because of the high retention levels.

Mark Levin thinks this is a good thing:

I agree that powerful conservative media is needed.

But is there a place for us in this new conservative media world dominated by such giants?

(Psst – still looking to add another lead author/researcher/muckraker to LI, you know how to reach me.)

Some quite good thoughts on avoiding “channelizing” Conservative media.

We need LOTS of players.

IMHO the question is whether the conservative media ecosystem is expanding or consolidating.

Some of us have to get by on grass (the regular stuff, not the CO/WA stuff)

You know what they say, the bigger they are, the too big to fail thingy…

Yeah, big can be good if it all stays conservative, but if too much is under one corporate tent, too much can be forced leftward all at once.

Then again, if a heretofore popular conservative media outlets move leftward, their audience will simply vote with their feet and go find new conservative websites.

I think it’s time LI went public on the market.

I’m not convinced that getting bigger is always better. I’ve been reading LI since it’s inception because it offers a different perspective on events and follow other bloggers for the same reason. Though I browse the larger sites mostly what I find are different pennings of the same opinions.

IMO far too often, bigger = not informative and boring.

Most sites just seem to regurgitate the Drudge Report.

You got a place, Wm. You break stories and present stuff that many of the biggies aren’t talking about, give us deeper insight into stories already out there, and provide an angle that’s different. I don’t read a lot of lawprof blogs: yours, InstaPundit, and now and then Althouse, not so Conservative. You’ve got a nice team and your board is likely to remain conservative cuz it’s individualistic still. Still, if they make you an offer, Wm, take it and start anew. We’ll come with you.

You’re not going to fall in love with Arianna Huffington, are you?

If I try really hard, I can almost imagine the Professor’s Lennonesque nasal tone intertwining with Arianna’s Greek pop whining, but the thought of them hugging and kissing …

The final scene, where Arianna holds William’s lifeless body in her arms and cries, “All you hateful partisans on both sides killed him!” sends me running to the Kleenex.

Only when she creates a new blog in William’s memory called, “No Labels-urrection” with David Frum, Toure, and Meghan McCain do the tears stop flowing.

I don’t see Salem’s influence on Hot Air as positive, but they didn’t destroy the place, either.

RedState had already deteriorated to the point I stopped visiting a couple of years ago. I can’t see how it is even considered in the same league with the other sites mentioned.

If Salem hadn’t taken Hot Air from my go-to, several-times-daily news source and turned it into my once-a-week skim-for-interesting-articles site, I might worry. But quality sites with intellectual analysis, like yours, will always be in demand, Professor.

It seems to me that there is plenty of political information and opinion to coincide with it.

What I don’t see is down to earth economic information (blogs, videos, commercials, whatever) that connects with the general public and educates them about the free market and capitalism – about simple economics.

I remember watching Milton Friedmans’ “Free to Choose” series on PBS years ago. After that series I became a Libertarian voterand no longer an across the board Republican voter. And, I became interested in economics. I was so enthralled by this teacher and his ideas. Milton and Rose explained economic matters in a straightforward manner that clearly made sense. I don’t see that today. I wonder what kind of economics is taught in high school.

Capitalism is our day-to-day market language just as English is our conversant language. These days even fake Indians use capitalism and English (lying in English) to leverage their position.

I do not think this current generation of Millennials understands simple economics. Maybe this due to the fact that they can’t find work in an Obama economy of big government bailouts for Chrysler and GM and big banks and Solyndras and anything but the taxpayer and small business.

If you have money that you have earned through hard work in a small business then, if you are wise and not foolish, you would you treat it with respect.

The economic information may have to start at a third grade level but at least people would have a clue as to the true cause and effect of economic decisions. And, as we know here, major decisions are being made at the highest levels that are affecting our every day lives. We need informed voters and not the misinformed envious egalitarians embracing class warfare, big government and Marxism because a Rachel Madcow or a Paul Krugman says so. Government, through its overreaching and invasive ‘programs,’ is doing it’s darndest to keep information away from the voters, to keep the voter out of the loop of cause and effect. This must change.

It was the new Pope’s recent statements that brought all of this to my attention.

His statements, if quoted correctly, were way off the mark regarding capitalism. As a Christian, I do not embrace greed or envy or “filthy lucre” in my use of capitalism and its tradeoffs. Capitalism is none of these base things. Capitalism is the best of possible all economic solutions to date. It enables the highest form of human flourishing. Without Capitalism and the goodness of God there would be no charity either.

It is people who make decisions, tradeoffs, with the information they have at hand. These days economic information is skewed toward Marxism’s lethargy and dependence and nihilism’s reach for existential pleasure. ‘nuf said.

As one of my primary ‘go to’ sites every day, hopefully LI won’t go anywhere nor allow itself to be co-opted by another organization that may or may not have the same goals and agenda. Having said that, where ever you, go, there will I go, also. 🙂
I’ve been a TownHall.com loyalist since it’s launching and have always loved the differences of conservative and libertarian leaning opinions there so have no problem with it’s owners purchasing other properties. Often there will be opinion pieces on the same topic but with contrary views. Makes for interesting reading.
Allahpundit and Morrisey have stated categorically that Regenry has allowed them free rein since purchasing HotAir from Michelle Malkin and I have not seen much of a difference, although there does seem to be a more vocal libertarian versus conservative bent in the commenters in recent years. Of course, that would be expected as Malkin tends to concentrate on conservative issues more than libertarian, so would draw out/bring in those readers/commenters.
I had to leave RedState recently after years of following Erick Erikson because of his rather vitriolic attacks against fellow conservatives. Hopefully he’ll rethink his position(s) as he learns more about the key differences between US libertarians and conservatives. I love my libertarian friends, but disagree with them completely on some core issues and can logically debate them w/o hateful and mean rhetoric and expect no less from them.
My point is that, noting all of the differences of conservative/libertarian opinions in Regenery’s holdings so far, I see no danger in their purchasing other conservative properties at this point in time. However, if they do as Heritage Action, FreedomWorks and a few other now libertarian leaning organizations do and make pronouncements of what is pure and what is defined as sell out, forcing others to go along or face heavy retribution, I would definitely want to see some strong opposition coming from all ideologies of a (small r)republican bent.