The Shrinking Poll Numbers for the Iran Nuclear Deal

The Shrinking Poll Numbers for the Iran Nuclear Deal

When it was first announced the P5+1 deal was hugely popular. In subsequent weeks … not so much 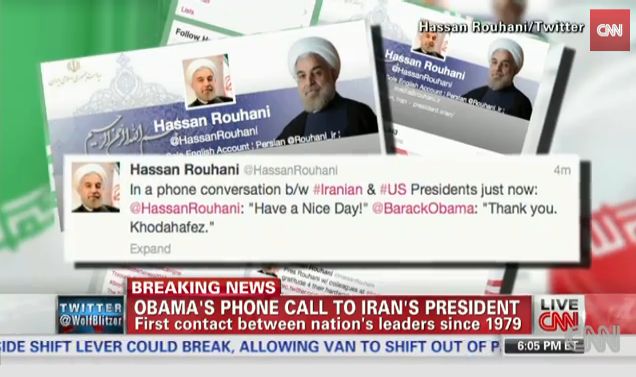 Shortly after the P5+1 nuclear deal with Iran was announced, Max Fisher of the Washington Post trumpeted Americans support an Iran nuclear deal 2 to 1. That’s a big deal.

But those polls dealt in generalities. It’s easy to support negotiations in principle; it’s much harder to support a specific deal, which would necessarily require U.S. concessions as well as placing a degree of trust in the Iranian government, which is not exactly popular here in the United States. The reason this latest poll merits special attention is that it asked Americans whether they would support the deal currently under discussion between Iran and the major world powers at Geneva.

But in subsequent weeks, a funny thing has happened, support the deal has eroded as Shmuel Rosner shows in a recent column tracking polls on the topic.

While the first polls following the the recent interim agreement with Iran all showed that the deal was met with a generally positive reaction by the American public, the latest Pew survey puts this view in question (according to Pew, there are more Americans who disapprove of the deal than Americans who support it). Is this a result of some of the public criticism the deal has received- or is it a matter of phrasing the question and of methodology?

Even a Reuters poll from the end of November that shows support for the deal by a ratio of two to one (44 percent to 22 percent) found 34 percent had no opinion on the deal. (Rosner supplied the “no opinion” number.)

A poll this week by Frank Luntz commissioned by The Israel Project showed broad bipartisan distrust of Iran and an overwhelming majority (84%) believe that Iran is using negotiations “to stall as they continue to develop their ability to make nuclear weapons.”

How can we explain those early poll numbers? My best guess is that for weeks a “historic” deal was hype in the news and by the administration. However once the hype subsided, American started reverting to their well earned mistrust of Iran. It’s hard to recall but as recently as May, Pew found that 94% of Americans opposed Iran developing nuclear weapons and 63% approved of military force to prevent that from happening. (Support for military action was at about 50% among Europeans who were polled.)

Lee Smith has looked at the polling data and drew this conclusion:

Virtually every poll on the Iran issue, from Pew surveys dating back to 2009 up to a Washington Post/ABC poll post-Geneva, gives clear evidence that Americans want a negotiated settlement. But they show just as plainly that a majority of the American public does not believe the Iranian regime is negotiating in good faith. According to the Masdar/Tower poll, 77 percent of all respondents distrust the mullahs who, according to 69 percent, constitute a greater threat to U.S. national security than all other threats in the Middle East combined.

In other words, the American public prioritizes its strategic concerns. They believe—rightly in our view—that the regime in Tehran is hostile to America. The public doesn’t trust it to bargain in good faith and doesn’t believe it will stop in its march toward a nuclear bomb. Yes, Americans are weary—of a president who takes a cavalier attitude toward national security.

The latest news that Iran has suspended talks with P5 + 1 will only reinforce that impression.

The hallmark of this administration… A bad deal is better than no deal and that applies to about anything that they attempt.

First the “Arab Spring” gets Nuked, and now the Nukes’ Arab Spring is in danger.

Yes. Shortly after the champagne was poured, the Iranians claimed Obama was misrepresenting the agreement. Its not what he said it was.

“However once the hype subsided, American started reverting to their well earned mistrust of Iran.”

This is far too kind an assessment. And it fails to give ordinary Americans much credit. Instead of assuming that they simply reverted to their old knee-jerk reactions, one could posit that, once their attention was raised, some Americans continued to follow the story.

Had the agreement itself lived up to the hype, Americans would be very happy with it. Iran’s behavior after the deal was announced very plainly indicates that either there was no meeting of the minds and therefore no deal, or the deal is not as advertised.

With the many management and strategic failures of this administration as a potent subtext at this time, substantial numbers of Americans might provisionally conclude that either result is more likely than an actual, viable agreement.

Deals brokered by Obama are rather like the Popeil Pocket Fisherman – great as described by the TV pitchman, but once you receive and inspect it…. yeah, not so much.

I suspect it is even simpler to explain, although the points raise seem quite correct.

Issues polling is not as accurate as election polling. The latter is very specifice: “Who do you intend to vote for on Tuesday?” The closer to Election Day, the more accurate the results if the pollster takes a modicum of care.

But issues are not so clear. So much depends on the wording of the question, the results will be completely opposite if worded a different way on almost any issue. One of the more famous contradictions is that people strongly support deficit reduction and cutting spending but oppose nearly every specific cut (except foreign aid, which isn’t enough to affect the deficit in any material way).

Here everyone wants peace and would prefer a deal to going to war, so when a deal is announced the inclination is to support it. As with much else, the devil is in the details, and Americans have a long standing mistrust of Iran’s mullahs which is born of experience.

The knowledge that Israel doesn’t support the deal and that Obama is giving them relief from sanctions for only the promise of talks tend to drive down approval, too.