The Blogger’s Night Before Christmas

The Blogger’s Night Before Christmas 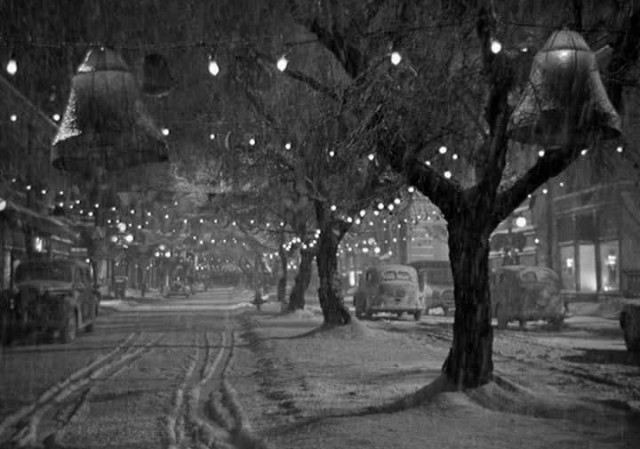 ‘TWAS THE BLOGGER’S NIGHT BEFORE CHRISTMAS

‘Twas the night before Christmas, when all through the ‘sphere
Bloggers were glad to see Christmas draw near.
Their laptops were turned off and all put away
The bloggers were swearing to take off the day.

Their children were nestled all snug in their beds
While visions of extra time danced in their heads
With a father or mom not distracted by writing
No posts to compose, and no links to be citing.

But we all know that vows were just meant to be broken
And the vows of a blogger can be a mere token.
There’s always a chance that some sort of temptation
Will rise up to make them of fleeting duration.

For instance, there might be found under the tree
A sleek Mac; well, what better sight could there be?
And who could neglect it and wait the whole day?
It cries to be tried out, one just can’t delay.

Or maybe somewhere there’s a fast-breaking story
Important, and possibly leading to glory.
It can’t be ignored, there’s really no choice,
So add to the din every blogger’s small voice.

And then there are some who may just like to rhyme
(I’m one who at times must confess to this crime),
And it’s been quite a while since Clement Clarke Moore
Wrote his opus (though authorship’s been claimed by Gore)—

So it seems about time it was newly updated
And here’s my attempt—aren’t you glad you all waited?
Forgive if it sounds a bit awkward to read.
In writing, I set a new record for speed.

I had to get under the wire and compose it
Before Christmas Day. Now it’s time that I close it.
But let me exclaim (or, rather, I’ll write)
Happy Christmas to all, and to all a good-night!

Merry Christmas to you!

And may Santa brings you that extra bandwidth a blogger needs.

“A poet with degrees in law and family therapy” is more like it.

When I’m not at work and the stock market is closed, I don’t know what to do.

My only other hobby is commenting at LI and a couple of other places, and my wife is insisting I stop doing that and use the time to work a second job.

Oh, poetic family therapist, is that a sign that I should dump her?

So close up the laptop

Turn out the light

Wish all a Merry Christmas

And a New Year with Byte!

Hear hear! Nicely done, Neo-Neocon, merry Christmas to you from our quaint little tribe out west.

It’s not fair to post something like this on Christmas Eve. Everybody knows we’re not allowed to make snarky remarks at this time of year. So those of us who cannot do anything but snark are left out in that snow covered street while the rest of you are cuddled up with a warm laptop, a hot toddy, and a significant other.

I have my own plagiarized but modified example…

‘Twas the night before Christmas, when all through the house
Not a creature was stirring, not even a louse;
The stockings were hung by the chimney with care,
In hopes that little puppet emperor soon would be there;
The subjects were nestled all snug in their beds;
While visions of O’bammyCare danced in their heads;
And moooooch in her ‘kerchief and cap,
Had just settled our gains in her sack,
When out on the lawn there arose such a clatter,
I sprang from my bed to see what was the matter.
Away to the window I flew like a flash,
Tore open the shutters and threw up the sash.
The moon revealed a beast on the new-fallen snow,
Gave a glitter to strange objects below,
When what to my wondering eyes did appear,
But a miniature sleigh and eight tiny obamabots,
With a little old driver who was obviously not a tot,
I knew in a moment he must be puppet emperor.
More rapid than eagles to make my eyes raw,
A whistle and shout revealed much by name:
“Now, Durbin! now, Pelosi! now Schumer and McCain!
On, Dingy! on, Mooooch! on, Carney and Valerie!
To their pocketbooks, line ’em up by the wall!
And when the wallets, purses contents were spent,
And I heard him exclaim, “Sorry folks, now you can get bent!”