So 2008: Ain’t about the Cha-Ching Cha-Ching and Ba-Bling Ba-Bling

So 2008: Ain’t about the Cha-Ching Cha-Ching and Ba-Bling Ba-Bling 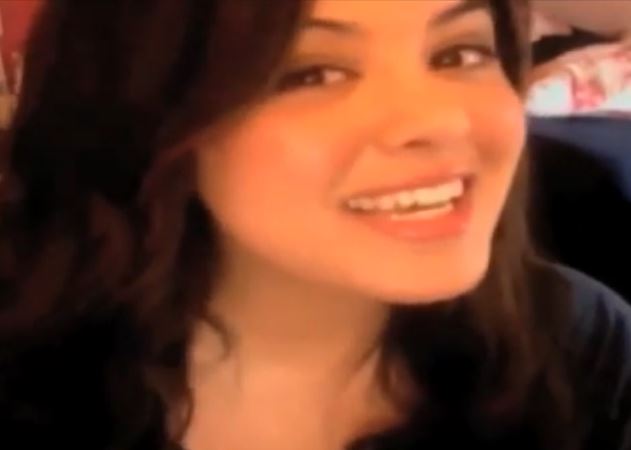 The supporters of Obamacare are oblivious to their own self-parody.

It is about the Cha-Ching Cha-Ching and Ba-Bling Ba-Bling.

Yes, These Really Are the Winners of the Obamacare Video Contest

Back in August, a group called “Young Invincibles” teamed up with the U.S. Department of Health and Human Services to host an online video contest to promote Obamacare, which sounds about as terrible of an idea as the videos actually turned out.

Actor Kal Penn announced the ‘Healthy Young America’ video contest winners in a Google hangout on Monday, naming three winners in the following categories: “You are Not invincible,” “Perform a song,” and “Make an animation.”

Young Invincibles’ announcement touted a prize pool worth up to $30,000 for more than 100 prizes. According to the Washington Examiner, First Place took home $3,000, while the Second and Third Place winners received $2,500, and the Grand Prize winner earned $2,000.

Without further ado, I present just some of the winning videos:

Shame to have ruined a really good song.

so let me try to get this straight…young people can’t afford three bucks for contraception but 500 bucks a month (plus enormous deductibles and co-pays)are nothing to worry about…???

And people who could afford a basic catastrophic policy aren’t permitted to buy one anymore. Instead, the government says don’t worry, we’ll give you a subsidy so you can buy a policy stuffed with benefits you don’t want and won’t ever need.

That’s pretty close to the definition of crazy.

Actually, they’ve simply euphemistically renamed catastrophic policies. My son had his individual catastrophic policy cancelled and the Obamacare-approved replacement is almost the exact same policy, but with $300 less deductible ($4700 down to $5000), while the monthly premium shot up over $130 per month.

Because dogma beats out pragmatism. As well as mathematics.

We’ve always been at war with Eastasia. Duh.

Dreadful. Did you catch the line toward the end about fairness? My 6 year old knows fairness doesn’t equal redistribution of wealth… or toys. If either of my sons cries “that’s not FAIR!” I always ask what would be fair. They both understand that taking something from one person and giving it to another is not “fair.”

These videos kind of remind me of the way Gov. Wallace stood in the door way of Univ. of Alabama only in this instance the Obamacare folks are saying: “Screw the cost, free stuff for everyone today, tomorrow, and forever!”

That’s kind like what our wonderful Gov. Goofy Dayton has said in Minnesota with his class warfare slogan: “Tax the Rich;” well not his wealth of course since that’s shielded from his new taxes.

So, is it necessary for anyone to pay for all this free Obamacare stuff? Will the Chinese pay for it or maybe our excellent and good new friends the Iranians?

Iran is going to be rich building the world’s first Mr. Fusion engine. Didn’t you know? They only use nuclear power for the good of mankind!

The coming HealthCare Implosion that Obama leaves the next President will be more significant than the Mortgage Crisis that he inherited.

Why do modern pop songs all sound alike? I guess they have to do videos because the songs are so boring.

Turn off the voice modulators, instrumentation synthesizers, dubbing, and looping, and it would sound like cats being murdered.

We have a winner.

All that talent is now in computer software and computer gaming design. So since almost everyone and their cat -thinking they can sing……

Luke’s youngest daughter and her friend show the Obamabots how it’s done. It ain’t about the Cha-Change Cha-Change or Hope.

That didn’t work. One more try:

Okay. That worked. I find videos like this all the time on my computer and my smartphone.

I didn’t retweet this when I first saw it on Twitter, because I thought it was a spoof. I’m guessing that “The Onion” will be made redundant by the end of Obama’s second term.

I have a message for Barack Obama:

Because, Mr. President, it IS a swine.

But that is a lovely shade on you Mr. President.

“It’s not about the money.” There was prize money offered wasn’t there? Some Taxpayer money!

There must be a category in the DSM-IV for this type of musically oriented denial.

Yes, put your brain into neutral and sign on to Obysmalcare. Its slave market cruise ship the Titanic II still has many slots.

It’s true: “A sucker is born every day.”

And, according to someone who would know, W.C. Fields, “Never give a sucker an even break.”

It’s the DSM-V as of last spring, and the diagnosis you seek is a subset of Obama’s Narcissistic Personality Disorder.

Did they finally get the malware out DSM-IV and/or did they remove certain diagnoses that were politically lobbied away?

It’s easy to lose track of the lies and distortion.

It’s a mixed bag – some genuine improvements, some WTFs, and a lot of who cares.