Saturday Night Card Game – The privilege of making accusations of “white privilege” to win an argument. 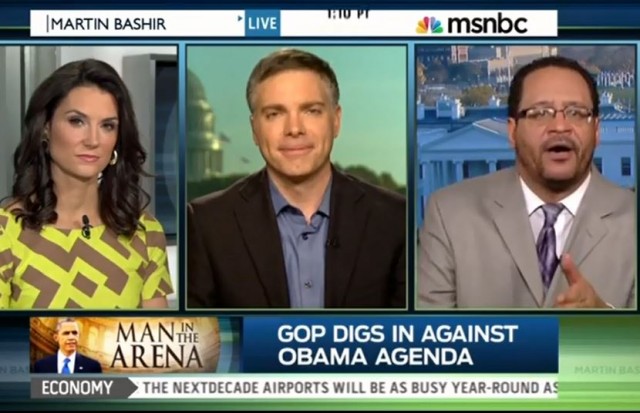 Michael Eric Dyson is a frequent commentator on MSNBC.

He’s a Professor of Sociology at Georgetown.

He is quick to make accusations impunigning others with accusations of explicit or implicit racism:

And he has the privilege of accusing other of “white privilege” when he wants to win an argument:

“The privilege to accuse someone who happens to be white of having “white privilege” when you are losing an argument or want to avoid having your view challenged.”

What is it with Georgetown?

They covered up the religious symbols for Obama’s speech
http://latimesblogs.latimes.com/washington/2009/04/obama-notre-dame-georgetown.html

And there was something else recently. Starting to think it is a left-wing operational tank of some kind. And nowhere near religious. If they ever were.

Please! If anything, there is a “black privilege” at work in America.

Obama could identify as “white”. Why does he not?

Mariah Carey is about as “black” as I am, yet she finds it advantageous to identify as “black”. Why?

Of course, the answer is obvious.

Well George Washington Carver knew the score on this over 100 years back.

““There is another class of coloured people who make a business of keeping the troubles, the wrongs, and the hardships of the Negro race before the public. Having learned that they are able to make a living out of their troubles, they have grown into the settled habit of advertising their wrongs — partly because they want sympathy and partly because it pays. Some of these people do not want the Negro to lose his grievances, because they do not want to lose their jobs. — Booker T. Washington, “My Larger Education, Being Chapters from My Experience“ (1911), Ch. V: The Intellectuals and the Boston Mob (pg. 118 )

Hat Tip to Neo over on Jamie Wearing Fools
http://www.jammiewf.com/2013/jesse-jackson-accused-of-harassment-by-gay-man-two-years-ago-mysteriously-injects-himself-into-duck-dynasty-story/

Prof. Jacobson was posting on White Privilege just the other day.

Thanks. I enjoy learning of people with integrity. Washington’s “education” will join my reading list. It will likely complement what I have already known and experienced.

Since most schools require reading of works by black authors these days, encourage the school systems to include this book.

Since the school administrators don’t read what is given to the children (as long as it meets the politically-correct standards) this may slip by.

Once it is read, we will see public meetings and shouters explaining why Booker T. Washington wasn’t really black – and apologizing for including this white racist tome on their lists.

You can almost hear the Left now.

“Booker is a sellout. An Uncle Tom. An Oreo.”

Mariah Carey’s mother is a blue eyed blonde. Her father died a couple of years ago, but he was a very dark skinned black man from Latin America. So, are you saying you are bi-racial too?

I never heard her say she is black. What she labels herself is her business. Mariah Carey decided to be around people who embrace her, accept her, and she feels the most comfortable with. And black people are used to having family whose complexions range from very pale to dark. But you already knew that, right?

A better example would be Halle Berry. Raised her entire life by her white mother that was sitting in the audience of the Oscars, but her entire speech was dedicated to the black man who fathered her and walked out on them when she was a child.

That was one of the most racist things I’ve ever seen in my life, until Obama came along.

It is all part of the hypocrisy practised.
This article in Townhall,

Doug Giles writes:
“Next time you hear a reference to “America’s first black president,” counter by referring to Obama as “America’s 44th white president.” Explain that you’re doing so on feminist grounds: “What? You’re trying to tell me that his Caucasian mom’s genetic input doesn’t count? But that’s so SEXIST! ”

Unfortunately “white privilege”,gender inequality etc., just go to make up for lack of facts to argue with.

…and now you know why I NEVER watch MSNBC! There is absolutely nothing there of value. Nothing!!!

What’s their viewership these days? In the single digits??

Required Reading for Everyone.

From Lawrence Sinclair on Sinclair News

“….For Arts & Entertainment Television or A&E… to remove Robertson …is simply beyond the scope of the imagination, especially considering how those pushing the “gay” agenda are the first to demand tolerance of others views.

“Being 52 and having grown up in rural South Carolina at a time when being “queer” a “fag” or “gay” (or whatever name is being used today) could get you strung up on a tree faster than being black…I think I have earned the right to address the new “gay agenda” and those who claim to seek tolerance even though it is not tolerance they want: its approval by force, intimidation and extortion. Phil Robertson has this “fag” standing with him all the way, because as far as I am concerned, the man has done something so many people are scared to do today: Stand up for your beliefs, values, principles and faith without fear of politically orchestrated backlash or being called a bigot or some other name used by the so called “tolerance brigade….

“Tolerance is not being beaten down into submission or abandoning your faith, values and principles because someone else does not see things the same as you. This is not about intolerance, this is a continuation on the outright war that this Nation has seen waged against any individual or company that dare exercise their First Amendment right to freedom of religion; freedom of expression and freedom of speech….

“Kudos to the openly gay Harvey Levinson of TMZ for standing up yesterday and saying A&E was wrong….

I’m glad Sinclair is on the right side of the issue, but I have to challenge his memory of lynchings growing up in South Carolina in the period.

No doubt there were many cases where blacks or gays were beaten by two or more attackers, which meets the modern definition of lynching, but Sinclair specifically mentions getting “strung up on a tree” and there are to my knowledge no confirmed instances of that in South Carolina in his lifetime.

There are some unconfirmed cases, such as the murder of Officer Marion “Pop” Nettles, whose assailant was caught and arrested only a mile or so from the crime, and was listed as transported to Columbia, but no record exists of him being processed there. But even that was 1949, before Sinclair was born.

What white privilege? Working our rear ends off to keeo everything from falling apart?

Almost thirty years ago I shared an office with a young black CPA. During tax season I’d arrive at 7 am and work hard until 10 pm or later and I’d work sizx or more hours on Saturdays and Sundays. She’d arrive at nine am, slack off around five pm and leave by 7 pm, usually after she announced she’d never miss an episode of some TV show. She came in from 9 till 1 or two pm on Saturdays and announce she had some errand to run. I never saw her on a Sunday. We all expected her to be fired as soon as tax season was over. She wasn’t. Despite not pulling her load ushe was kept on until they found another black CPA. I later learned the firm needed to have a certain percentage of black professionals on staff to keep a state lottery contract and for some work done for the City of Chicago. The few black CPAs available all knew this and seldom exerted themselves.

It’s privilege all the way down.

Don’t write this off as nonsensical(which it is). This reminds me of Stephanapolous and his relentless questions of Romney about contraception. We thought it was absurd, but it spawned an entire Presidential campaign platform. Forewarned is informed.

GQ (Geezer’s Quarterly) was running articles (even covers) pushing Obama for President as early as 2007 – way before he officially revealed his run.

Aug 20, 2007 – Senator Barack Obama covers the September issue of GQ magazine. He is the first politician to appear on the cover since 1992′s issue with …

Guess which Democrat Pol that was.

Dyson could be the poster child for the entire field.

But MSNBC, once a fairly serious attempt at a news channel, came off my channel list when they fired Don Imus for describing the Rutgers Women’s basketball team as a bunch of “nappy headed ‘ho’s.” I suspect a significant sample of their small current audience is comprised of conservatives looking for the outrageous quote or clip.

Sociology Professor? Nothing more impressive than that degree! Which is why most of the Duke University basketball players graduate with that degree, because IT’S SO EASY! I would like to hear more about the “affirmative action” canard, and how it levels the playing field by making race, not ability, the yardstick of success!

Who defined the term “white privilege”? When was it created? Who (groups and individuals) support or endorse this term being used, and push this term – FORCE this term – into conversation, into debate, leading it to become accepted fact by such repetition?

There is a root to this problem. Now, listen to this woman and be aware: there is tyranny where the good are lulled to sleep and fail to stand against it.

Political Correctness is yet another tool in the Alinsky tool chest to instill tyranny here in the US.