One official will continue to direct NSA and Cyber Command

One official will continue to direct NSA and Cyber Command 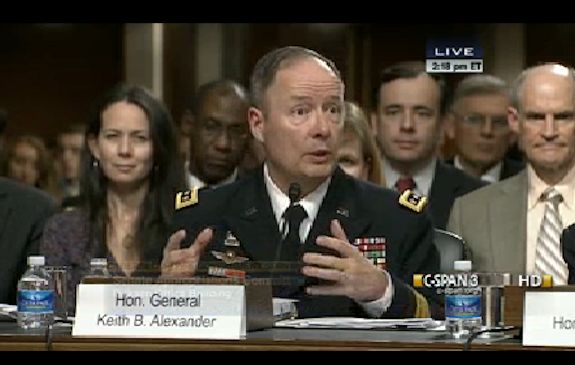 The National Security Agency director and Commander of the United States Cyber Command will continue to be served as a single position with dual responsibilities, rather than splitting the roles into two separate positions.

President Obama has decided to keep the National Security Agency and the Pentagon’s cyberwarfare branch under the same command despite concerns that it concentrates too much power in the hands of a single military official responsible for both surveillance and directing a growing arsenal of cyberweapons.

As a practical matter, the decision means that Mr. Obama must appoint a four-star military officer to succeed Gen. Keith B. Alexander, the first person to simultaneously run the two organizations, when he retires early next year. Only a military commander can run Cyber Command, which is responsible for defending the military’s computer and sensor systems and carrying out offensive computer-network attacks.

But that also means the N.S.A. will be run by someone who has spent a career in the military culture, with the mind-set that engenders.

Several members of an advisory committee that submitted its report to Mr. Obama on Friday — with what the White House said was a list of 40 recommendations — expressed the view that the two organizations should be split, in part to assure civilian control of the N.S.A.

Current NSA Director and Commander of the US Cyber Command General Keith Alexander is expected to retire early next year, a move that officials have said was already planned for some time, as Reuters reported in October.

The NSA’s policies and leadership have been the subject of many debates in the wake of document leaks from former agency contractor Edward Snowden.

A presidential task force recently drafted recommendations for changes within the NSA, including separating the agency from Cyber Command, according to the Wall Street Journal.

A presidential task force has drafted recommendations that constitute a sweeping overhaul of the National Security Agency, according to people familiar with the recommendations.

The panel’s draft proposals would change the spy agency’s leadership from military to civilian and limit how it gathers and holds the electronic information of Americans.

The task force, for example, proposed that the records of nearly every U.S. phone call now collected in a controversial NSA program be held instead by the phone company or a third-party organization, these people said.

The panel also suggested the imposition of stricter standards before allowing NSA permission to search the data, these people said.

The draft report embraces recent suggestions that a civilian lead the NSA and that the agency be separated from Cyber Command, the military’s main cyberwarfare unit. When Cyber Command was launched in 2009, the Obama administration selected the director of NSA to also head the unit.

A spokeswoman for the National Security Council said that President Obama decided that “keeping the positions of N.S.A. director and Cyber Command commander together as one, dual-hatted position is the most effective approach to accomplishing both agencies’ missions,” reported the NY Times.

But that also means the N.S.A. will be run by someone who has spent a career in the military culture, with the mind-set that engenders.

Like keeping the oath to protect and defend the Constitution?

The task force, for example, proposed that the records of nearly every U.S. phone call now collected in a controversial NSA program be held instead by the phone company or a third-party organization,

How about they don’t collect or store phone records without a warrant issued for probable cause by a court of law instead of fishing expeditions authorized by a star chamber?

The NSA has always been run by a military officer. It wouldn’t even be an issue if the NSA were operating under their legal mission of foreign intelligence and surveillance. Unfortunately, after 2001, the NSA and the past and current administration decided it would be a fantastic idea to broaden their horizons, so to speak, and extend their reach to US soil. Now we have secret courts, limited disclosure to the house and senate and the military spying on US Citizens. What could possibly go wrong?

What could go wrong? Absolutely nothing from NSA’s point of view.