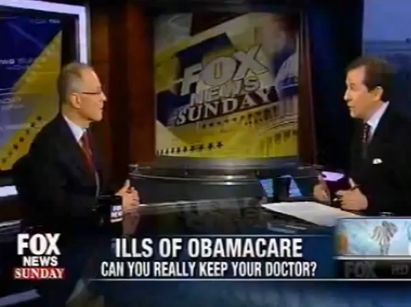 We’ve gathered a few stories of interest on the latest in Obamacare developments and commentary this weekend.

Apparently, some insurance agents are feeling left out of “Obamacare.”  As the Associated Press reports Sunday, some frustrated insurers and agents wish they could just bypass healthcare.gov and enroll consumers directly.

When insurance agent Kelly Fristoe recently spent 30 minutes helping a client pick a mid-level health plan and the federal marketplace website froze, he called the government’s hotline and tried to finish the application. But the operator refused to credit Fristoe as an agent on the application, meaning he wouldn’t get the commission or be listed as the follow-up contact if his client needed help again later.

The Wichita Falls, Texas, insurance agent is one of many brokers around the country finding frustration as they try to help customers navigate the Affordable Care Act’s marketplaces while earning the commissions they’ve long built their businesses around. Some insurers and insurance agents are calling on President Barack Obama’s administration to allow them to bypass healthcare.gov and enroll consumers directly amid growing complaints about problems with enrollment information generated from the website.

The so-called ‘back-end’ problems could mean that consumers who think they’ve successfully signed up for a health plan, may find themselves unable to access their coverage come January. The problems include enrollment information that’s rendered practically useless by errors, duplication or garbles. Efforts to fix the issues are underway.

But some think that while technical issues will eventually get fixed, PR is a pressing issue.

In speaking to “Fox News Sunday,” former health adviser to the president, Ezekiel Emanuel, opines that Obamacare hasn’t been promoted enough and that a ‘big PR campaign’ is what’s needed.

The federal health care overhaul was central to President Obama’s two campaigns for the White House, and has been the defining achievement — for better or worse — of his presidency.

But one of the architects of ObamaCare, in a heated interview on “Fox News Sunday,” argued that the reason young people are not signing up in droves for coverage under the law is the administration hasn’t promoted it.

Ezekiel Emanuel, a former health adviser to the president (and the brother of former White House Chief of Staff Rahm Emanuel), argued the administration has been too caught up with fixing HealthCare.gov to give the law the proper promotional push.

In that same interview, Emanuel seems to have a rather interesting interpretation of Obama’s “if you like your doctor you can keep your doctor” pledge.

(Mediaite has video of a more complete segment from the program).

Meanwhile, the administration is bringing on some additional help – Obama taps former top aide to work on health law.

President Barack Obama is bringing a former top aide with deep ties to Congress back to the White House to help get his health care overhaul back on track after a bungled rollout.

Officials say Phil Schiliro, who as Obama’s top liaison to Capitol Hill helped push the Affordable Care Act through Congress, is taking on a short-term assignment to help coordinate policy surrounding the law.

He’ll work with the Department of Health and Human Services, the Centers for Medicare and Medicaid Services, other agencies and members of Congress.

Let’s just tax the people more to spend more to advertise the liberal agenda-driven program that the people do not want but into which the government is forcing people.
“government of the people, by the people, for the people” has perished.

1/6th of the economy flushed right down the toilet!

The next President will inherit a collapsing healthcare system with Doctors, Hospitals and Insurers in bankruptcy. It will be like the mortgage mess Obama inherited – except people will be dying.

Zeke is going to show up in a lot of Republican campaign commercials next year. Paying more is not what most Americans expected their doctors to be ordering after three years of campaign promises to the contrary. Obama promised.

I was thinking, under the “Zeke plan”, I could buy the cheapest ObamaCare bronze plan and then pay out of pocket to see the doctor of my choice. That would probably end up being cheaper than buying a gold plan.

Dr. Emanuel is white trash, in the way that all wannabe authoritarians are. He has no moral standing to make any medical or insurance decision for me or anyone I know.

Speaking of “sneering,” “obnoxious,” and “arrogant,” he’s much like his brother Rahm. It evidently runs in their family. Their parents must be some pieces of work. Almost as toxic as Obama’s family.

Both “small men”, if you catch my drift…

You have a MANDATORY “product” that you can’t sell because…PR.

and if you are having trouble with what I just said, it’s because we need to spend more on PR.”

“You proles would understand this and thank us for doing it to you…er, FOR you…if we just marketed this like those capitalist swine market via their will-crushing hypnotic messages…”

A big PR campaign is not going to bring young people back to a phishing website.

This is from where my kids get their news.

I wonder what will happen when people start dying due to lack of coverage. This is becoming possible because some people will be caught in between the old policy being canceled and the new one not available or valid due to government screw up.

The families of these folks should file a suit against Zeke since he is the architect of the hose job and should also have his license revoked.

Zeke, go crawl back into the slime pool you and your brother come from.

People dying is a plus for Zeke and his supporters. They think there are to many people, especially those they consider to be the underclass and minorities.

Do you mean to tell me that you CANNOT just call an agent and buy insurance any more? Even if you don’t want or don’t qualify for a subsidy? So you MUST log onto an insecure website even if you’re willing to pay directly to an insurance company and not go through the government? If a corporation tried a stunt like this they’d be up on antitrust charges.

It’s possible, but the cheapest plan available may cost double what you were paying before and is probably a worse plan than what you had before. I’ve heard people suggest buying a cheap, basic catastrophic policy and then paying the small (to start with!) fine for not having a government-approved policy. But I cannot find such a thing as a basic, economical catastrophic policy anymore.

So, Dems, which is worse: allowing people to keep having some protection from a basic policy that you now call “substandard,” or pushing them into a newly uninsured situation because there are no decent, affordable options that make sense for them anymore?

“Ezekiel Emanuel, opines that Obamacare hasn’t been promoted enough and that a ‘big PR campaign’ is what’s needed.” Yes, a big PR campaign is going to convince me that the President didn’t lie to my face; that my memory of what he said, when he said it was faulty; that I misunderstood what the President said then and now; the problems with the web site are now the people’s problem so we are responsible for getting them resolved like when the web site loses some or all of our personal information; finally, because we the American taxpayers do not belong to some special interest group (no employer mandate for 1 year) the President is not going to let us out of Obamacare.