Nine years ago the New York Times argued that Iran must “abandon its nuclear fuel enrichment efforts,” but now supports a deal which enables such enrichment. 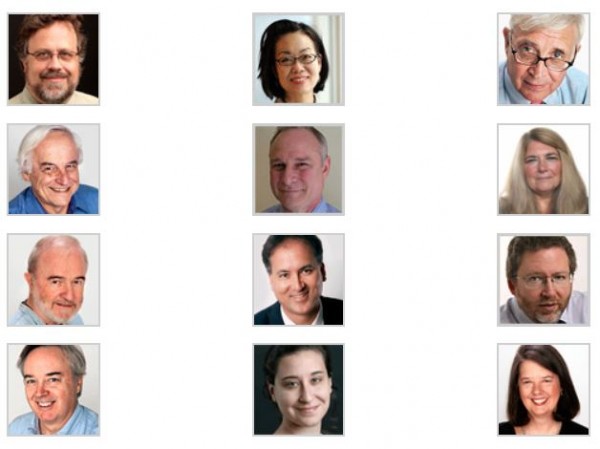 What is critical is for the winner of the presidential race, and for the three European nations, to make it urgently and abundantly clear to Iran’s president, Mohammad Khatami, and his mullahs that the West will brook no further delays, and that it is serious and united about imposing stern sanctions if Iran won’t abandon its nuclear fuel enrichment efforts. Iran has already broken one deal with the Europeans, and it has drawn sharp criticism from the International Atomic Energy Agency.

If the ruling mullahs continue to sense indecision and disunity in the West, they will surely continue with their program. The result would be a disaster. Joschka Fischer, Germany’s foreign minister and a strong proponent of diplomacy, warned earlier this week that a nuclear Iran could set off a Middle Eastern arms race. And North Korea would see no reason to abandon its weapons.

In exchange, America and its allies have offered “limited, temporary and reversible” sanctions relief — enough so President Rouhani can show his people benefits for Iran’s concessions but far from all that Iran has lost. The interim deal would provide $6 billion to $7 billion in sanctions relief, including freeing up about $4.2 billion in oil revenue that is frozen in foreign banks.

Even so, Iran would still be deprived of $30 billion in oil revenue over the next six months. American officials say that if Iran cheats on the interim terms or fails to reach a final agreement, the eased sanctions will be reversed and new and tougher ones imposed.

The perils ahead are many, including adamant objections from Israel and Saudi Arabia, which oppose re-establishment of relations between America and Iran. The major powers have promised Iran that new sanctions will not be imposed during the interim deal. But key Senate Democrats said they plan to push for new penalties, though those would probably not be effective for six months to give diplomacy a chance. That is not a lot of time, but the new agreement offers more hope than ever before that the United States and Iran can find common ground.

(Featured image source: I would never be so insulting as to accuse the NY Times of tokenism)

The big difference, Bush was President in 2004 and Obama is the Prezbo today. The paper that is sh’t to print knows Obama needs a diplomatic accomplishment to hide his crumbling domestic agenda and scandals.

Obama will deal with the Iranians at any cost including stability in the Middle East and the safety to Israel.

Obama’s 2012 re-election campaign put much effort into shifting attention away from his foreign policy failures and highlighting his domestic “acheivements.” Now the Administration and media have to manufacture a foreign policy “success” to shift attention from domestic failures.

When do we get to point and call failure on all counts?

…but the new agreement offers more hope than ever before that the United States and Iran can find common ground.

The only “common ground” the Ayatollah wants is the place where he drops his nuke.

Not to be TOO cliched here, but…

people have rights, ya’ know (that government gives them)!

This has been the Collective all my long life. Variations on themes, to be sure. But the basics are always there.

When Tel-Aviv is destroyed in a nuclear fireball… will that be Israel’s fault too?

This once again proves what thinking people have known all along. The only core values that the NYT has is support of the Democrat Party and its Liberal Progressive agenda. They don’t beat the drum, they only march to it.

The upside is that most of the Iranian nuclear infrastructure sits atop the most geologically unstable place on earth. It’s simply a matter of time before one tectonic plate grinds against another and the whole thing turns into Chernobyl times 5. Of course Iran will blame the Jews and Tom Friedman will scold Israel for something or other. But who cares.