If the New York Times thinks that its Benghazi story stands on its own, why does it roll out two opinion articles to support it? 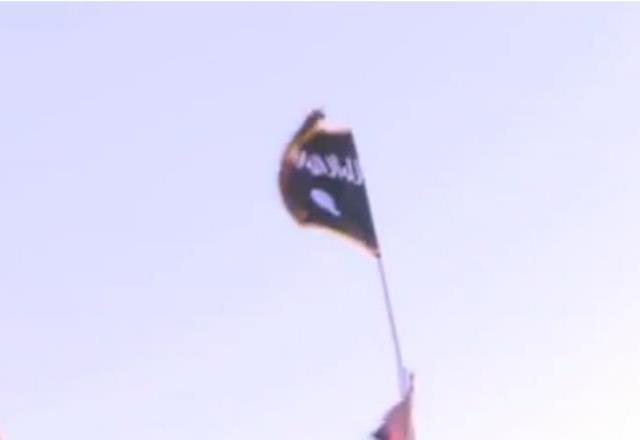 Professor Jacobson has already offered a critique of the investigative story by  the New York Times regarding the attack on the American consulate in Benghazi on September 11, 2012.

Other critiques have rolled in as well:

Fifteen months after the Sept. 11 attack in Benghazi which killed Ambassador Chris Stevens and three other Americans, the narrative of the attack continues to be shaped, and reshaped, by politicians and the press.

But a New York Times report published over the weekend has angered sources who were on the ground that night. Those sources, who continue to face threats of losing their jobs, sharply challenged the Times’ findings that there was no involvement from Al Qaeda or any other international terror group and that an anti-Islam film played a role in inciting the initial wave of attacks.

Since then, The Times has doubled down in support of its investigation and its conclusions with an editorial and an editor’s note written by the paper’s editorial page editor, Andrew Rosenthal.

If the New York Times was sold on its investigation it would let it stand on its own merits instead of arguing that only Republicans would doubt their narrative.

The NYTimes is now deliberately perpetrating known lies. The amazing “times” in which we live. Beat that drum until people get it.

What do you mean “is now”? they’ve been doing it for years!

Don’t you wish you could just TP them and their operations?

Gum up their works!?

The Grey Old Whore is merely an organ for the Collective.

If you take that tweet from Kirkpatrick literally, it strains credulity.

They had a reporter on the ground, and we’re hearing about 15 months later?

Come to think of it, EVERYTHING about that report is incredible.

Let us fold the Times.

The NY Times is not really a newspaper or a journalistic enterprise. Or rather, it’s a newspaper in the sense a mafia-owned furniture store serving as a front for a money-laundering operation is a furniture store. They clearly understand this and are practiced at maintaining and manipulating the facade. The NY Times has essentially written the book on shaping and stylizing the modern Narrative and they select and groom writers accordingly and expertly. Their gross journalistic failures over the recent years haven’t degraded their importance in the progressive cosmos at all, because progressives aren’t interested in the truth any more than the mafia is interested in furniture stores, and because the Left invests so much in the NY Times and its role as the “paper of record.”

This Benghazi story wasn’t designed to report any truths or clear the record but simply to muddy the issue sufficiently to make the case that Benghazi was a big, ugly and confusing mess and it would never be possible to blame anybody for what happened. “Anybody,” aka Hillary Clinton. People are naturally inclined to believe such things, that is, to throw up their hands and put it all down to confusion, madness, the “fog of war” etc.

A critical mass of rejection of the NY Times’s credibility may never be reached. It may bleed out financially, but who knows how long that will take. Only a conservative purchase of the NY Times would do the trick. This would be a devastating blow to the Left — as deeply demoralizing as any landslide election, and more lasting. The NY Times is their Bible.

You would need to find conservatives with more money than sense to pay what the NYT would demand. Remember there could not be a hostile takeover, the actual voting stock is closely held by the Sulzberger-Ochs families and their heirs. Reportedly over 200 of these stockholders depend upon NYT dividends as their principal incomes, which is why they pay dividends to the ‘special” stockholders even when losing money.

Before Mexican telecom monopoly billionaire Carlos Slim invested a quarter-billion dollars to help them stay afloat a few years back, earning warrants for even more stock which he has been slowly exercising, just before the real estate crash, an analysis of the assets of the NYT Company showed by liquidating their tangible property – real estate, trucks, equipment, etc. – they were worth more than the total capitalization of their stock. In other words, the newspaper operations made the company worth LESS in net effect.

Recent reforms in Mexico will cut off Slim’s gravy train, though, so the high-minded liberals at NYT won’t be able to balance their books on the backs of overcharged Mexican telephone customers much longer, though.

It was because of the video.

The economy is recovering.

Unemployment is going down.

AQ is on the run.

Soylent Green is good for you.

You have the lead outs down pat for the staff writers who carry water for the NYT’s.

It took about one second to understand the discrepancy.
It’s kind of easy for sales to be up when the previous month was revised lower. But how much lower? The NAR did not even say. Let’s take a look at monthly NAR reports to find out.

There must be something truly horrible still hidden within the Benghazi story to require this sort and level of propaganda.

Conversely, perhaps the NYT has a 2016 candidate in mind and it isn’t Hillary Clinton. What better way to appear to be clearing the deck for her while actually forcing Benghazi back onto the front burner to undermine her?

Good point. Elizabeth Warren? Though the complete absence of Clinton’s name in the piece (so I’m told) would suggest coy exculpation by omission. That would be classic NY Times.

It’s bizarre. The story was hardly burning hot, overshadowed by the Obamacare fiasco, so why bring it up front and center now?

Maybe something is about to break and they’re trying to help Dems get out in front of it before it does. Maybe some heretofore gagged witnesses are about to reveal some truly damaging information.

The NYT shows its anti-Israel and pro-Left bias daily, but its attempt to once again re-shape the Benghazi narrative is interesting.

Maybe they’re clearing the way for Hilary in ’16 (probably the most likely scenario), or maybe they sense the scandal is not fading from the public’s memorym is constraining Obama, and believe that something has to be done.

You do get the persistent rumors that the CIA was funneling weapons of some kind to Syrian rebels through the embassy. I’ve never given too much credence to the rumors, but the NYT desperate attempts to squelch the story (by stupidly reigniting it) does make me wonder.

Perhaps those in the know have found a way to tell their story and it may be soon.

The FOX slogan, “We report, you decide” is directed at the NYT and Washington Post.

The Washington Post is head and shoulders above the New York Times because the Post fact-checks its stories, and in its “news” stories, separates sentences containing opinion from those containing facts. The New York Times simply tells the story they want to tell, and they are willing to make up any facts, or lie by omission, or outright. I stopped cross-checking the New York Times on a regular basis years ago, because of the persistent stream of fabulism running through its stories.

I disagree with your assessment of the Washington Post separating opinion from fact in its’ news stories.

Calm down, everyone – it’s only been a week. Eighty years later the Times is still defending Walter Duranty!

There are many operatives spinning admin defense posts on threads about benghazi across the globe. i have spotted the same narratives many times in forums especially public & major broadcasting sites that obviously are not from that country.

This is another , but NYT shat their pantz here to quell the fire.

Nail”em to this bizarro statement. it is MEGA.

May New York Times diarrhea themselves out of existence Banned!

Banned, may New York Times diarrhea themselves out of existence.

How sad, dreary and relentlessly predictable for you to be ‘smoothing’ the Hillary Mythology.

If the New York Times thinks that its Benghazi story stands on its own, why does it roll out two opinion articles to support it?…