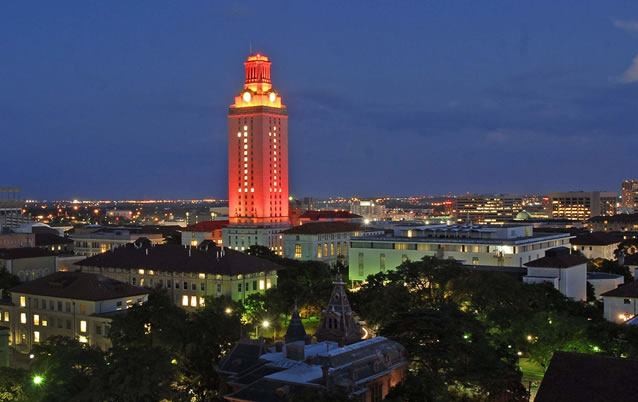 I could not find a direct e-mail for the President of UT-Austin, so I emailed the Chief Communications Officer and Deputy to the President. (It is good to email the press people even if you do have the direct email, so that the email to the President is more likely to get attention.)

Here is my email:

I write to request the position of the President of the University of Texas – Austin on the academic boycott of Israel in two respects:

1. The University of Texas – Austin is an Institutional Member of the American Studies Association, which just adopted an academic boycott of Israel. The American Association of University Professors has rejected academic boycotts of Israel in general, and has rejected the ASA boycott specifically, on grounds of violation of academic freedom. The anti-Israel boycott also amounts to discrimination on the basis of national origin as Israeli academics will be subjected to verification procedures not applicable to academics from any other nation.

The ASA boycott is pernicious because it includes boycott of programs run by Israeli academic institutions and encourages American academics to police compliance with the boycott. You can find an explantion in my prior post about the boycott. This has particular implications for the University of Austin – Texas since the Schusterman Center interacts with many Israeli academics and institutions, and joint programing with such institutions would be subject to the ASA boycott.

Will the University of Texas – Austin continue its Institutional Membership in ASA in light of the boycott, and will University funds be used to support participation in ASA events that are not open to Israeli academic institutions and/or individual academics representing such institutions?

NAISA just announced that it too is joining the academic boycott of Israel, involving the same discriminatory and anti-academic freedom policies as the ASA boycott. In light of the NAISA anti-Israel academic boycott, will the University of Texas – Austin and its academic units continue to be sponsors of the 2014 NAISA annual meeting?

Please let me know the President’s position as soon as possible, as I would like to inform my wide and influential readership where the University of Texas – Austin stands on thiese issues.

I will let you know if and when I receive a response. Depending on the response, I may also write to the Chancellor of the UT system.

I would think that various Texas officials also would find it of interest, so please feel free to forward this post to them.

Note also that the UT College of Liberal Arts (CoLA) is also listed as a sponsor of the NAISA conference. The dean of that college is Randy Diehl: [email protected].

As the CoLA is very new (spun off a few years ago from the oversized College of Arts & Sciences), he’s been particularly active in seeking funds from alumni (including me) …

Anyone in Texas can contact the governor’s office here:
http://governor.state.tx.us/contact/

Oh, yeah, the people here in Texas DO take an interest in this, Prof.

The only friend the Prof would find to be sympathetic at UT here in Austin is Lino Graglia.

You don’t need friends. You just have to make your opponents live up to their own rule book.

Excellent work. I very much appreciate your efforts.

Professor Jacobson, you must drive your liberal Cornell colleagues nuts. Oh to be a fly on the faculty lounge wall….;)

It’s about time there’s some “dissent” up there (right, Professor Shiffrin?) For those of you (CLS profs) who don’t know, “dissent” is that thing you probably hate (1) when it leans right or (2) when it’s not coming from you.

Here’s a question from a Cornell Law School alum to my alma mater who loves to call and ask me for money, where are you “academic freedom” loving “progressives” when it comes to supporting Professor Jacobson’s fight against this anti-Semitic boycott? I can’t believe he even has to do this. Cornell should’ve pounced all over this. Lend your voice to this fight, fellas and ladies! You’re all starting to look like blow-hard hypocrites.

I know CLS profs read Jacobson’s blog and secretly hate that it’s so popular. What’s his secret? He’s got moxie to stand up to what’s right and he’s got common sense. Try it, apply it, join him. And stop asking me for money.

I am a mouse, hear me roar!

I received separate email “reminders” from my undergraduate university (Stanford) to make my annual gift. I responded that before making a gift this year, I wanted to know whether the University had taken a position on the ASA boycott; if so,what that position was (I couldn’t easily find out on my own); and if not, why not. Awaiting a response.

“The fiercest serpent may be overcome by a swarm of ants.”

When it comes to push or shove, Israel ain’t gonna go down without first exacting a very heavy price.

Stupid is as stupid does and our fearless little puppet emperor fails on all levels.

The UT Chancellor is useless. He vaulted from Pediatric surgeon and head of a small subsection to President of the UT Health Science Center at San Antonio due to his ethnicity. After a scrutiny-free tenure there, he was affirmative-actioned into this job.

Good Job Prof…. Texas is an excellent place to start making a stand against what I can only call insanity. Texans do support Israel.

And for a good time, I’d include the Governor’s office in the discussion. Perry would enjoy causing discomfort for UT for supporting anti-semitism on the taxpayers dime.

This is to clarify that my people are not participating in this boycott of Israel.
Native American and Indigenous Studies Association does not represent the Native and Indigenous peoples of America.

Indeed… There are many posers out there.

Oh my. This is most inconvenient of you, sir.

This will NOT end well for you: http://po.st/4HI2yW