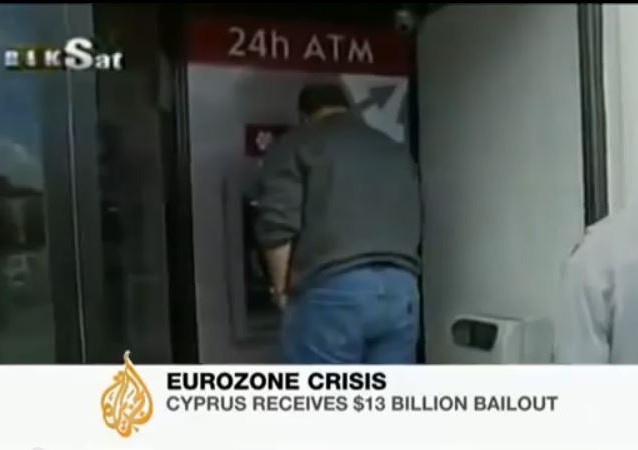 As I was reviewing the economic news of 2013, I felt a few updates might be in order as we conclude the wild ride that this year has been.

One of the most fascinating stories of the year, from my capitalism-loving point-of-view, centered on Cyprus.  In March, wealthy depositors with banks on the Mediterranean island nation had their accounts “levied” as part of a bailout deal for Cypriot financial institutions by other European Union members.

In the wake of this fiscal drama, The Cyprus Central Bank established the Independent Commission on the Future of the Cyprus Banking Sector. The report plainly states that, “the Cyprus banking system has suffered a series of disasters which have transformed what was once a large and prosperous industry into a national catastrophe.”

The report could easily have been entitled ‘How Not to Run a Bank or Banking Industry’. In addition to recommendations for the future, it documents the actions (or inaction) of different actors and stakeholders who, collectively, determined the quality of internal and external governance that pertained to Cypriot banking.

…Despite financial services contributing an ever-increasing amount to Cyprus’s GDP, the report notes the absence of a coherent national financial services strategy. As quoted in the report by one respondent: “We have one for tourism, why not for banking?” This was despite the banking industry peaking at nine times Cyprus’ GDP….

I also noted that India had a new head of its Central Bank, who was being treated by the county’s press like a Bollywood star. Raghuram Rajan, for the second time in a month, broke the usual central banker silence about politics and raised the issue of how the outcome of upcoming general elections is the latest threat to economy.

Even though the economic outlook has improved and the uncertainty over the tapering of bond purchases by the US Federal Reserve is behind us, India faces uncertainty as there is little clarity on what the elections will throw up.

“In India, a potential additional source of uncertainty is the coming general election,” said Rajan in his foreword to the latest Financial Stability Report. “A stable new government would be positive for the economy.”

It looks like Rajan has had some success, as both the rupee and the economy have improved a bit and the reduction of the bond-purchase program by the our Federal Reserve looks like it will have minimal impact.

And just how is France’s experience with socialism going? The last time we checked, French citizens were fleeing the country in droves after Francois Hollande was elected with his dream of a 75 percent millionaire tax. When French constitutional courts gave Hollande’s idea of an individual tax was “confiscatory”, the socialist President found a workaround — a new 75 percent tax on businesses that pay salaries of over a million euros a year.

And how about the American economy? San Diego blogger and finance expert W.C. Varones says that 2013 was “The Year of the 1%ters” and offers the following prediction for 2014:

Wall Street strategists see an acceleration in economic growth based on the housing rebound and the domestic energy boom. That’s certainly plausible, and even looks like the default scenario barring an unforeseen shock. Rising health care costs due to Obamacare could certainly be one such shock, but would likely take more than a year to derail the recovery. So a best guess for 2014 would be more of the same: Wall Street and Washington lobbyists getting richer, the middle class struggling under heavy debt loads and stagnant income.

My prediction for 2014? This, expanded to cover the entire year.

Obama inherited a recession… and killed the recovery. He engineered uncertainty in the markets and scared everyone off expanding their businesses. Now, healthcare is about to move us into another recession when we never came out of the last one.

If you have a job – 2014 may be okay – although the rise in health insurance costs will be like getting a new car payment without getting the car.

“One Headline Title Stood Out

It took about one second to understand the discrepancy.
It’s kind of easy for sales to be up when the previous month was revised lower. But how much lower? The NAR did not even say. Let’s take a look at monthly NAR reports to find out.

November 25 NAR: October Pending Home Sales Down Again, but Expected to Level Out: The Pending Home Sales Index,* a forward-looking indicator based on contract signings, slipped 0.6 percent to 102.1 in October from an upwardly revised 102.7 in September, and is 1.6 percent below October 2012 when it was 103.8. The index is at the lowest level since December 2012 when it was 101.3; the data reflect contracts but not closings.

Ubiquitous yet obscure Obamacare-related taxes will require businesses to pass these costs on to consumers which may well start an inflationary cycle.

Uncertainty about Obamacare costs and regulations is actually worse now than last year due to all the ad hoc fixes. This will continue to freeze much hiring and business investments.

Dems have announced a push for a minimum wage increase, further hamstringing businesses.

Stats on Wall Street mean little until we see what happens when/if the fed stops priming the pump.

Shale oil and other advances have created an oil boom that requires a federal set aside of export regulations. Do we think the Obama administration will loosen these regs without exacting a very high price for the favor? Their penchant for politicizing everything risks negating this boom to a large extent. You watch, they’ll screw it up.