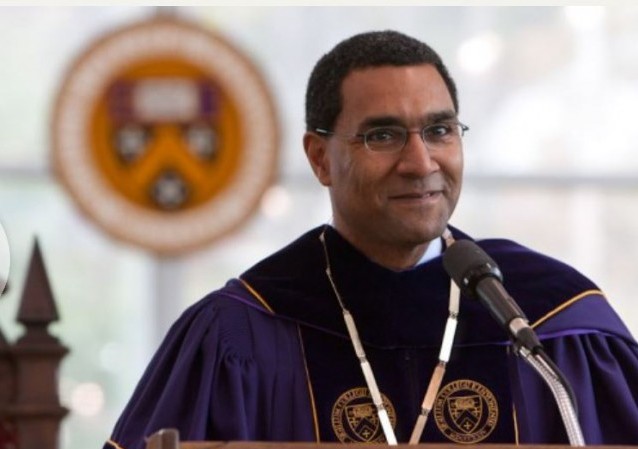 The List of Universities rejecting academic boycott of Israel is growing rapidly.  These two announcements are significant because they involve withdrawals of Institutional Membership, not just condemnation.  This makes four universities (Penn State Harrisburg, Brandeis, Kenyon, Indiana) who are withdrawing membership, plus several others (Willamette, Hamilton, Northwestern, Tufts) who deny being Institutional Members even though listed.

I just received the following email from Sean Decatur, President of Kenyon College:

Sorry for the quick answer — I am on the road with family for the holidays. I will be posting a full public statement on my blog later today.

(1) I oppose the ASA boycott, for many reasons that have been stated elsewhere (most eloquently by Michael Roth in the LA Times). The institutional membership of Kenyon has been under the purview of our American Studies Program; the chair of that program wrote to the ASA on Friday to indicate that the program is withdrawing Kenyon’s institutional membership, and Kenyon will not renew for the coming year, because of the ASA’s actions with the boycott. I agree with and support this decision.

(2) We are taking the position of the AAUP — while we are terminating our relationship as an institution, we support the academic freedom for our faculty and students to decide for themselves on participation in ASA activities on research, scholarship, and teaching (conferences, publications, etc.).

Indiana University President Michael A. McRobbie has issued the following statement on the proposed boycott of Israeli institutions of higher education:

“Indiana University joins other leading research universities in condemning in the strongest possible terms the boycott of institutions of higher education in Israel as proposed by the American Studies Association and other organizations. Boycotts such as these have a profound chilling effect on academic freedom, and universities must be clear and unequivocal in rejecting them. Indiana University strongly endorses the recent statement on this matter by the Association of American Universities and the long-standing position in this area of the American Association of University Professors.

“Indiana University values its academic relationships with colleagues and institutions around the world, including many important ones with institutions in Israel, and will not allow political considerations such as those behind this ill-conceived boycott to weaken those relationships or undermine the principle of academic freedom in this way. IU stands firmly against proposals that would attempt to limit or restrict those important institutional relationships or this fundamental principle.

“Indiana University will contact the ASA immediately to withdraw as an institutional member. We urge the leadership of the ASA and other associations supporting the boycott to rescind this dangerous and ill-conceived action as a matter of urgency.”

Professor Jacobson, thank you for your efforts on this. It’s because of you and the sunlight you’re shining on this disgusting, anti-Semitic boycott that these universities are even taking notice.

“Over the course of the past few days, I have received a number of inquiries about my stance on the American Studies Association (ASA) boycott of Israeli institutions. After responding to many individual inquiries, I thought it best to share my thoughts here on the boycott and the decision of our American Studies program to withdraw as an institutional member of the ASA.

Academic freedom – the unfettered exchange of ideas – is a cornerstone of liberal education. Michael Roth, the president of Wesleyan University, has called the ASA boycott “an attack on academic freedom, declaring institutions off-limits because of their national affiliations.” The American Association of University Professors (AAUP) has also made a compelling statement in opposition to academic boycotts, including the recent ASA resolution. I cherish the concept of academic freedom, and I oppose the ASA boycott of Israel.

The boycott also ignores the importance of education – especially in disciplines such as American Studies – to incubate the very types of political change that the boycott proponents advocate. From its origins in classical civilization, the study of the traditional liberal arts is meant to deepen our understanding of the human condition, including moral and ethical dimensions of our society, in order to enhance our capacity as citizens. Through the study of literature, history, and philosophy, scholars, faculty, and students struggle to arrive at a deeper understanding of their own worlds. One can look at the course offerings at the American Studies Department at Tel Aviv University and find courses similar to what one would find at Kenyon, including, for example, “The Age of Thoreau” and “African-American Literature.” And I am certain that the readings and topics of these courses stimulate discussions that are simultaneously similar to those at Kenyon, but, due to the context, fundamentally different. Imagine discussions of Toni Morrison’s Beloved in the context of a nation facing ethnic and religious strife, or reading Thoreau and Emerson in the context of a nation struggling with both existential challenges and the process of defining for itself concepts of justice and equality. As the leader of an academic institution, I consider this an excellent example of the potential transformative power of the liberal arts, raising questions and generating discussions that both transcend time and place and also brightly illuminate current issues.

This is among the most powerful arguments in opposition to the decision of the ASA to boycott institutions from Israel. Regardless of one’s views on the political solutions to Israeli/Palestinian relations, the cultural transformation needed to find peace in the region will depend on these types of discussions, which in turn require strong academic institutions with free and unfettered exchange of ideas with scholars from around the world. Collaborations among individual scholars and among institutions have the potential to support and nurture this cultural transformation. We should not be shutting out one side or the other, but rather open ourselves to engage in meaningful, substantial dialogue on fundamental questions with all sides.

The ASA is, first and foremost, an academic society aimed at the promotion of interdisciplinary studies of American culture and history. This commitment to scholarship, teaching, and learning is what drew Kenyon to participate in ASA activities in the past. But, as the president of a College with an unwavering commitment to the liberal arts and the concept of academic freedom, I reject the notion of a boycott of academic institutions as a geopolitical tool. I concur with the decision of our American Studies program to withdraw as an institutional member of the ASA.”

I just wrote to the President of the University I graduated from in 1973 with an American Studies major, doing my best to rattle the cobwebs. Your leadership on this issue has been outstanding, and is appreciated. I hope to help add a name to your list.

I hesitate to think of the damage the academic boycott of Israel would have done were it not for the efforts and leadership of Professor Jacobson.

The British must be kicking themselves for having joined in this BDS nonsense. But then, they are now Britainistan.

Yay!! for Indiana University!! Well done, my alma mater (IU at South Bend), and possible soon-to-be institution while possibly (if admitted) pursuing a PhD in Informatics!! I was afraid I would have to withdraw my submission to their program, if they wimped out and did not withdraw from the American Studies Association.