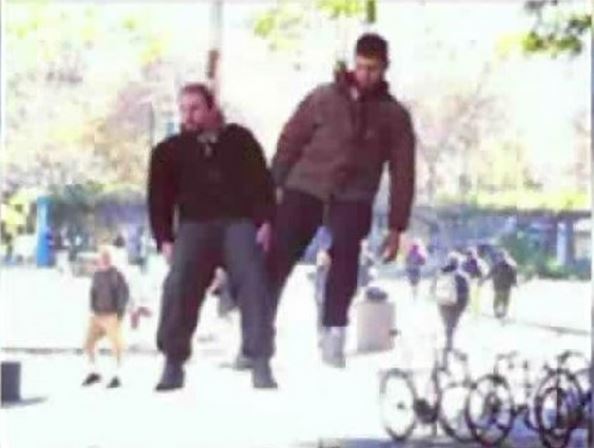 Guilty until proven innocent, if they even let you prove your innocence:

Where in America do we have quasi-judicial proceedings rivaling those of the English Star Chamber or Spanish Inquisition of the 16th century, in terms of lack of fairness and due process? In the student judiciary systems of many universities.

Candidates for the Kangaroo Court:

Not candidate for Kangaroo Court:

Every now and then a victim escapes the trap:

American Studies Association Israel boycotters could not be reached for comment by Zionist controlled media:

They can’t handle the truth:

For the bubble it is a-burstin’:

Don’t get mad kids, get even:

Math is hard, and so are all the other subjects:

What we need is more money for diversity studies:

Flag equality is a human right:

An infringement of academic freedom:

I demand an end to good-lookist domination:

Intelligence is a poor predictor of moral behavior. Sacrificial rites are a human right, or something. The secular cult is an abomination.

Well, either they are ghouls, or I misunderstand the evolution of human life from conception to death. Perhaps the libertine cult is correct about spontaneous conception. Perhaps human life is a commodity, interchangeable and disposable, without intrinsic value.

That is not art.

That is a HATE CRIME!

Posted and linked here, “Student Christina Edwards Claims White Lynching Was to ‘Shine Light on an Old but Standing Matter…'”.

Thanks William. Keep up the great work (and I’ll keep linking you like a mofo, lol).

The wit and wisdom of G.K. Chesterton, as applied to education:

“Education is simply the soul of a society as it passes from one generation to another.”

(We are in trouble.)

“Without education we are in a horrible and deadly danger of taking educated people seriously.”

If educated people actually knew half of what they think they know, we’d be in a lot better shape.

[…] At Legal Insurrection, it is Kangaroo Court Week […]

This picture was disgusting – reminds me of Iran lynchings.

What the f is being “taught” at this college?

time for parents to send their kids elsewhere – protest by pocketbook