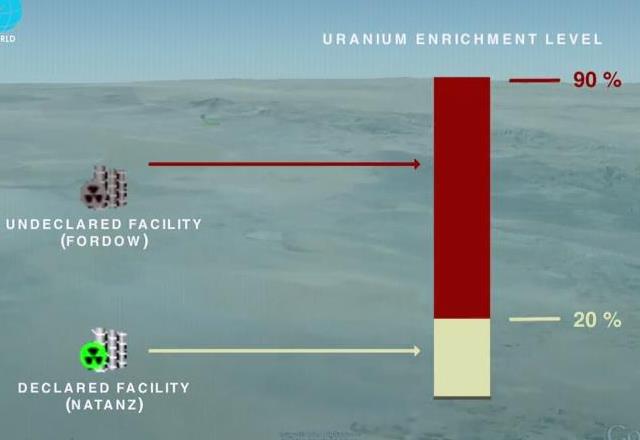 Nearly a month ago, President Obama said in a statement:

For the first time in nearly a decade, we have halted the progress of the Iranian nuclear program, and key parts of the program will be rolled back.

But has Iran’s nuclear program been rolled back or even halted?

As of November 24, the day the Joint Plan of Action was announced, Iran was estimated to be less than 6 months away from breakout capability, the point at which it could dash to produce enough weapons-grade uranium for one bomb so quickly that the International Atomic Energy Agency or a Western intelligence service would be unable to detect the dash until it is over.

European Union officials say that they hope negotiations over implementation of the Joint Plan of Action will be concluded in time for the deal to go into effect in late January. A start date of late January will apparently leave Iran’s uranium and plutonium production programs significantly closer to breakout capacity than if the Joint Plan of Action had been implemented on November 24.

It is the implementation of the “Joint Plan of Action” that would entail an Iranian freeze. But as Heinonen and Kittrie, until the plan is implemented Iran will continue its development of it military nuclear program. (Why this doesn’t violate the spirit of the agreement is unclear.)

The six month estimate provided is one of a number of estimates make by the Institute for Science and International Security (ISIS). The observation that by January 24 Iran would have “an aggregate additional 30 kilograms of uranium enriched to 20 percent,” bears some explanation.

If two months pass before the agreement is implemented and Iran stops enriching to 20%, then Iran will have 226 kilograms of 20% enriched uranium. According to ISIS’s estimates, given the current centrifuges Iran has, a stockpile of 226 kilograms of 20% enriched uranium, could possibly lower the breakout time to less than a month. (See Table 1, page 8.)

While the goal of the Joint plan of action is to increase Iran’s breakout time, it hasn’t been implemented yet and Iran has been using this time to continue its march to a nuclear weapon.

With Iran reducing its breakout time, surely the administration would note this and warn that this violates the spirit of the Geneva agreement.

Actually it isn’t. According to the New York Times, Washington Post and Wall Street Journal the administration challenging the Senate, which is poised to vote on a new sanctions bill sponsored by a bi-partisan group of 26 senators. The New York Times reports Senate Bill to Impose New Sanctions on Iran Spurs Veto Threat from the White House:

A bipartisan group of senators, defying the White House, introduced a bill on Thursday to impose new sanctions on Iran if it failed to conclude a nuclear agreement, or stick to the terms of its interim deal, with the United States and other major powers.

The Obama administration swiftly condemned the legislation, warning that it could derail negotiations with Iran and that President Obama would veto it if it ever came to his desk. With the Senate about to recess for the Christmas holiday, that is unlikely for the time being.

“The intelligence community’s Dec. 10, 2013, assessment states that, quote, ‘New sanctions would undermine the prospects for a successful comprehensive nuclear agreement with Iran,’ ” she said.

No word on what the intelligence community said about Iran’s ongoing enrichment.

And that’s the problem with the Washington Post and Wall Street Journal (Google search terms) too. For good measure an administration official told Greg Sargent that the sanctions bill would make war more likely. They are focused on the politics and not on the enrichment.

The goal here seems to be misdirection. Focus on the Senate and ignore Iran. Unfortunately few in the executive branch or in the media seem curious about what Iran is up to. (Amazingly a majority of Americans are more skeptical of Iran than the President.)

The administration doesn’t want to upset the negotiations, since they’re going so well. But so is the enrichment.

[Note – this post was drafted and completed prior to the Sabbath, and prescheduled.]

I don’t mind if America gets hit with Iran nukes. We voted for Obama, we deserve it. I don’t even feel bad for American Jews, who overwhelmingly supported Obama and are asking for it. I feel bad for the Israelis who are struggling to survive in a Muslim part of the world, home to the most anti-Semitic and intolerant people ever.

You are truly a dumb ass.

No skin off your teeth if thousands die. Don’t care about the panic or longterm impact of radiation. No problem for you if there is recession or gas goes up to $10 a gallon. Well whoop di do for you.

CrustyB: You “don’t mind if America gets hit with Iran nukes.” ?????? Question: How’s the chow at Shady Oaks Asylum these days, Son?

At this point, I expect a disembodied hand to be writing “Mene, Mene, Tekel, Upharsin” on the White House.

Maybe the finger will write it in the White House Press Room and we can watch the Media try and ignore Carny painting over it.

For the first time in nearly a decade, we have halted the progress of the Iranian nuclear program, and key parts of the program will be rolled back.

I thought we should have taken Iran out during the Iranian Hostage Crisis. I was waiting for our boat to deploy and take care of those scumbags but then as we do now have weak leadership in the White House.

Since then thay have used terroists to murder Americans all over the world. That propably includes the barracks bombing in Beruit costing over two hundred Marines their lives.

Our only hope is Israel decides not to wait to get nuked solving that problem for us, but I’m not holding my breath.

Obama can supply the glitches and call them in from a Hawaiian golf course.

The president isn’t worried about Iran’s enrichment capability because he believes that no one (except possibly Republicans) would ever actually use a nuke.

This is always the problem with Liberals. They have a nearly infinite capacity to convince themselves there is no downside to their schemes.