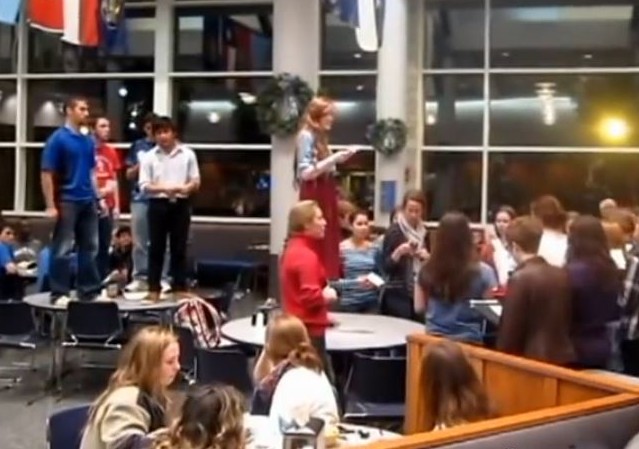 Some end of year lists:

In a college world of Kangaroo courts and a War on Men, this is good advice, bros:

Isn’t that what Obama said about his half-brother said?

You did know that there’s proof of this, don’t you?

The only good infection is no infection:

Your children are in the best of hands:

Knowing where to draw the line:

Nothing was stolen and no one was hurt in the making of this Flash Mob (unlike this one):

The answer to the question no one was asking:

The solution in search of a problem:

How green is your valley?

Wait a second, didn’t they do this already?

Of course, since in the Bible Jesus clearly said, “Blessed are the abortionists, for Holy Choice is the best way to stick it to the patriarchy. Blessed are the Death Panels, for you bitter God-and-guns clingers need to be reminded that all-powerful government is your One True God.”

Don’t bother looking it up: it’s in there. Trust me. Only a racist would look it up.

Abortionists believe that human life is a product of spontaneous conception. Pro-choicers believe that human life lacks intrinsic value. Together, they are the advocates of normalized or institutional murder (i.e. capital punishment) of over one million wholly innocent Baracks, Harrys, and Nancys every year in America alone. It was better for humanity in the long-term when back-alley abortions were a one-off event with immediate consequences for the mother and ideally the father, too.

That said, don’t harsh their mellow! Boys and girls just want to have fun.

Jesus would likely tolerate, but also condemn confiscatory taxation schemes. He would advise people to address the causes of progressive inflation through reform. Jesus held greedy producers and consumers with the same esteem. Jesus believed that goodwill, not coercion, was the basis for a moral society.