Catastrophic insurance for the Obamacare catastrophe

Catastrophic insurance for the Obamacare catastrophe 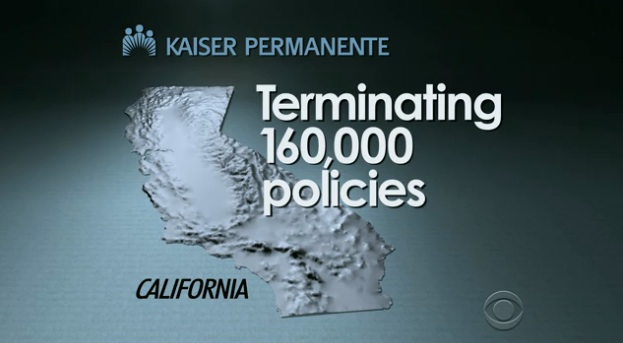 The Obama administration had a bright suggestion for their insurance companies (they do seem to belong to the governement, don’t they?):

The Obama administration said Thursday it would allow millions of Americans whose insurance policies had been canceled to purchase bare-bones plans next year, in another 11th-hour tweak to the law likely to cause consternation among health insurers.

Health and Human Services Secretary Kathleen Sebelius told a group of six senators in a letter that people whose policies had been canceled because of new requirements under the Affordable Care Act would be allowed to purchase “catastrophic” plans. Those plans previously had been restricted under the new law to people under the age of 30 or those who qualified for a set of specific hardship exemptions.

Basically, this means they’ve expanded the definition of “hardship” to include “screwed by the Obamacare regulations.” Come to think of it, that makes sense.

In fact, though, it’s even later than the eleventh hour. Many insurers are saying this move would amplify the chaos in an already chaotic situation.

The Obama administration on Thursday night significantly relaxed the rules of the federal health-care law for millions of consumers whose individual insurance policies have been canceled, saying they can buy bare-bones plans or entirely avoid a requirement that most Americans have health coverage.

The surprise announcement, days before the Dec. 23 deadline for people to choose plans that will begin Jan. 1, triggered an immediate backlash from the health insurance industry and raised fairness questions about a law intended to promote affordable and comprehensive coverage on a widespread basis

I have a question for Obama, Sebelius, and the rest: if the individual policies cancelled were such terrible “junk,” why are you allowing those who originally had them to purchase a type of policy you defined as “junk” in the first place?

Might it be because catastrophic insurance can sometimes be a valid choice for people, and not “junk” at all?

Furthermore, why not just let anyone who wants to do so purchase a catastrophic plan? Wouldn’t that be a novel idea?

I see I wasn’t completely correct …
If your individual insurance plan has been cancelled and you believe other Marketplace plans aren’t affordable, you can apply for a hardship exemption. This will allow you buy a catastrophic plan.
… of source, political favor .. ahmm .. an exemption

I guess that Barbara Walters was right. He’s not the Messiah.

I do not know what the costs are to this “insurance”, but I currently pay about $400 a month, it seems with this product, I would effectively pay another $1,000 a month to pay off my deductable. What I really want to know is will this “insurance” negotiate with the provider to lower the out of pocket costs.

2014 really is shaping up to be a reality lesson that Fascism is not a political concept limited to Germany and Italy in the 30s. Nor is it a nasty insult to shut someone down.

It’s a social, political, and economic philosophy about the relationship between individual citizens and the power of the State. And individuals will lose until we begin to recognize what is going on in both the education and healthcare “reforms” as well as Obama’s deliberate embrace of an Industrial Policy as part of an overall fundamental transformation. Not just in the US but throughout the Anglosphere–basically everywhere that there was a tradition of the common law binding the rulers from infringing on certain rights of the “ruled.”

Those darned insurance companies messed up King Barack’s plans. What’s a tyrant to do?

Since catastrophic policies are illegal under the law, such as it is, insurance companies don’t have these products available, do they? They can’t just pull something out of thin air and offer it. Policies are backed by actuarial studies and contracts with medical providers.

Once again the administration is demonstrating that it doesn’t understand business contracts.

If you don’t have employer supplemented coverage then I suggest a Health Savings Acount (HSA).

Under the plan you pay a low monthly premium for major medical insurance. You will then have a HDHP High Deductible Health Plan. But under this plan you also start a health savings account with tax free money that is yours. The account rolls over from year to year. You save/invest/self-insure for future healthcare needs.

Some plans let you invest the money so that it grows at a better rate than the FED allows right now (around 0.1%).

This is a good plan. You will need to find a way to save.

You control the funds used for your health care.

Really? It rolls over? Since when?

I believe they started last year. HSA is not the same as flex spending accounts.
Some employers let you set aside pre-tax money from your paycheck which you then use to pay for medical expenses. They are generally called flex spending accounts. That money can NOT be rolled over.
HSA is a new program, they have it at my work but I haven’t checked into it.

You my be confusing a flex spending account that is part of an employer sponsored plan with Health Savings Accounts, which are for the self employed and people without employer coverage.

OK, so you are partly correct.
This is a new plan at my company. It consists of 2 parts: a high-deductible PPO, plus a personally owned HSA account.

Apparently HSAs are mostly for individuals but it is not forbidden for a company to offer it.

When is this maddness going to stop? Isn’t there anyone out there willing to stand up for the constitution? Where in the constituation does it say the POTUS can just change the law as he wishes??

There are medical professionals who are offering primary care for less than 100/month. Everyone, including illegal aliens, already had access to emergency care. What is the reform offered by Obamacare? What justified a progressive intrusion in to people’s lives? Has Obamacare increased the number of doctors, nurses, and other medical resources? Has Obamacare improved the quality of the product and service offered by the medical sector? Has it served to educate the public about personal responsibility?

It seems that the market already offered choices for people who wanted them. I can’t help but think that Obamacare was designed to delay the realization of another Detroit and to treat the symptoms of the same causes. They didn’t misdiagnose the disease, but intend to prevent its metastasis, while simultaneously nurturing its development.

Between various things this admin has done, I have to wonder if it is trying to commit genocide against middle class boomers.

There is some truth in that comment.
There is no benefit in going after the poor–it is their party’s base and they don’t have anything to steal anyway.
They’ve chosen not to go after the rich, except rhetorically. The rich can protect themselves in many ways, so it easier to partner with them via crony capitalism.
That leaves the common, well-behaved citizen in the cross hairs. In aggregate the middle class has stuff that can be taken and redistributed to other groups. They tend to obey the law and don’t raise a ruckus when oppressed. Also, the Dems can console themselves by telling themselves that these middle-class hobbits are morally repugnant: they are not champions of gay rights, they’re racist, they own guns, they eat too much, believe in God, some smoke tobacco, they use too much gasoline and watch football games…the list of sins go on and on.

There is little sweeter to me than watching Obama forced by political pressure to dismantle piece by bloody piece this bloated carcass of a bill called Obamacare. The blow flies gather and above them buzzards are circling. The tipping point comes when big employers start to announce the cancellations of company-provided group insurance plans. By summer the only people defending Obamacare will be Obama, two twenty-something White House aides, and Chris Matthews. The numbers will dwarf those of individual plan cancellations, which were sufficient to kill Obamacare’s PR, revealing it as based on designed and picked lies. Between now and summer, the truth about Obamacare moves to the masses.

I’ve thrown both my Viagra in the trash.

(I keep two Viagra for emergencies: one for if, I dunno, the world ended or something and I was one of the last surviving males, and the other just for, well, I’m not sure what I keep that one for).

Even before this new exceptions was announced, Obamacare offered so-called catastrophic policies to people under 30, and to people having certain listed events defined as “hardships” under the law. So the policies had already been set up.

Think though of the pricing problems here. Policies were likely priced assuming a large percentage of under 30 healthy people who are unlikely to need much in the way of healthcare, and, thus, shouldn’t cost that much. Now, they are going to get some older, sicker participants, which is likely going to force the policies seriously into negative territory. Much of the difference will come from the feds, which means us. But the rest will come out of the pockets of the companies offering these policies. Hope they are making money elsewhere.