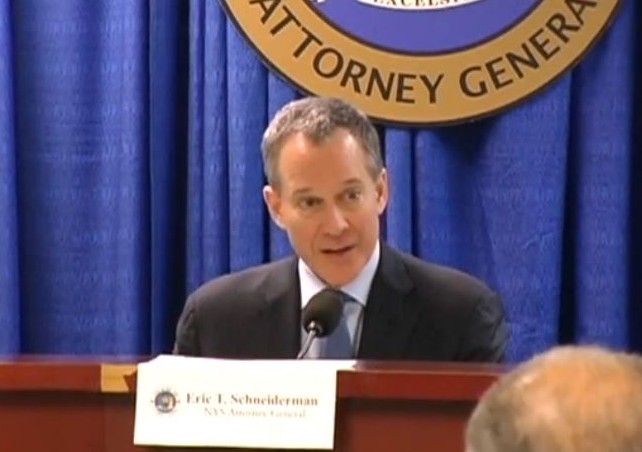 I am calling on New York State Attorney General Schneiderman to address the ASA's *ILLEGAL* boycott of Israel http://t.co/WEBarshqgS

“This action by the ASA is a flagrant violation of New York State’s Human Rights Law,”said Assemblyman Hikind in a letter to Schneiderman, citing section Executive Law Article 15, 296.13, which addresses unlawful discriminatory practices. “This flagrant act of discrimination on the part of the ASA singles out only one of the 192 member nations of the United Nations. It seems clear that it does so not because of Israel’s U.N.-condemned disputes with its geographical neighbors, as such disputes are common. Moreover, Curtis Marez, the group’s president and an associate professor of ethnic studies at the University of California, admitted to the New York Timesthat ‘many nations, including Israel’s neighbors, are generally judged to have human rights records that are worse than Israel’s.’ Syria’s use of chemical weapons against its own citizens, including children, was condemned by all.

“So why did the ASA single out Israel for a boycott? Because Israel is the Jewish nation,” said Assemblyman Hikind.

New York State Executive Law Article 15, 296.13, states: “It shall be an unlawful discriminatory practice (i) for any person to boycott or blacklist, or refuse to buy from, sell to or trade with, or otherwise discriminate against any person, because of the race, creed, color, national origin, sexual orientation, military status, sex, or disability of such person, or of such person’s partners, members, stockholders, directors, officers, managers, superintendents, agents, employees, business associates, suppliers or customers, or (ii) for any person willfully to do any act or refrain from doing any act which enables such person to take such action.”

“Boycotting Israel and Israelis—many of which hold dual citizenship with the United States, and many of which are New York residents—punishes scholars simply because of their nationality,” said Hikind. “If that’s not a violation of the Human Rights law, what is?”

I was on a radio show last week hosted by Hikind and had a chance to explain this law.

This provision of the NYS Human Rights Law was a specific reaction to the Arab League boycott of Israel, which also led to federal anti-boycott laws. The Human Rights Law language is quite clear and more broad than the federal legislation. Since ASA has many NY members and does business in NY, there certainly is jurisdiction.

from his lips to G*d’s ears…

Good / chilling observation via the chart. Thanks.

Satire on the ASA boycott from the same source that you posted:

Would New York State Executive Law Article 15, 296.13 make it illegal for a bakery to refuse to make and sell a cake for the wedding of a gay couple? Sorry to get off topic here but just wondering. As for the boycott, since we have this law on the books I hope the AG takes action against these bigots who call themselves scholars.

More and more ASA is looking like the lion that caught the porcupine … and wished he hadn’t.

Sometimes I think, maybe the majority of ASA members should kick out those who advocate, and voted for the boycott.

But then I remember, if they had voted against the boycott, they could have stopped the haters before the ASA wast turned into the antisemitic organization it has become.

They are guilty too, and the only way to redemption is a cancellation of their membership.

hmmm … we have Obamassiah to decide everything … do laws still matter? “The Borg” would be so awesome … if being a drone is as marvelous as those sedated voices at PBS keep asserting.