My appearance on the John Batchelor Show. 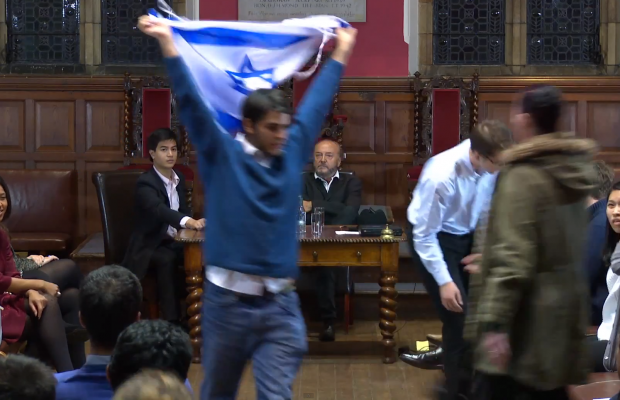 I was a guest last week on the John Batchelor show on WABC radio in NYC, co-hosted by Malcolm Hoenlein, Executive Vice Chairman of the Conference of Presidents of Major American Jewish Organizations.

I spoke about the anti-Israel academic boycott resolution passed by the American Studies Association, and the broader attack on Israel on campuses.

“This I think is such a clear case, and as he rightfully points out, it’s a case of discrimination and boycott, that it’s a chance to mobilize people and expose the lies that are involved with this.”

That’s a point I’ve made before, The academic boycott of Israel is the hill to fight on.

Note: I refer to Prof. David Lloyd, one of the founders of the US Campaign for the Academic and Cultural Boycott of Israel as being at UC-San Diego. He actually works at UC-Riverside as of September 2013 and previously was at USC.

I am sure you are aware of this, but the Unruh Act in California includes similar national origin discrimination prohibitions which were implemented specifically to prohibit discrimination in business against Israel see Unruh Civil Rights Act – Boycott, etc. (Civ. Code, 51.5)—Essential Factual Elements.

This should be quite useful since many of the worst offenders, including the current leader of the academic boycott, are resident in California

Thank you, Professor, for leading this fight.