You can keep your nuke free Iran if you like it

You can keep your nuke free Iran if you like it 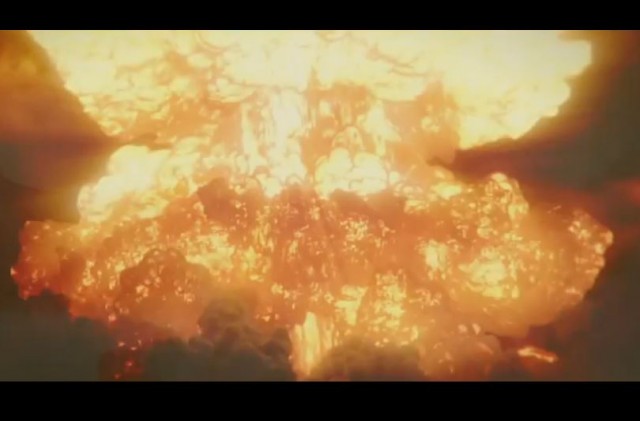 Not sure I agree with the linkage of Obama’s broken promise that you can keep your insurance plan and his promise that Iran will not get nukes.

One he knew was false at the time he made the promise, the other was, um, … oh, never mind.

The Emergency Committee for Israel, a right-wing pro-Israel lobby in Washington, released a TV ad on Thursday bashing US President Barack Obama as untrustworthy on Israel and Iran.

The one-minute video, titled “Obama’s March to War,” strikes a very relevant cord for many Americans by beginning with the president’s promises regarding his signature healthcare legislation, popularly known as “Obamacare.”

“I am sorry Mr. Obama, I’m not going to be put into a situation based on the sorry-assed assurances you have given me”

Sociopaths all – including Obama!

I suggest that we keep our power dry. Our efforts to preempt man-caused disasters are rarely effective. There are better means to unite people in common, reconcilable dreams.

The problem is that the dreams of the psychopathic Mullahs running Iran are much different than the dreams of Israel or of most of America.

Our president is untrustworthy, PERIOD!

Not once that I can recall has he told the truth. Not once!

It is very clear to me where he’s coming from and that is his Marxist upbringing which by an large is no secret. He’s taking this country apart with the spirited help of Valerie Jarrett who is the actual puppeteer.

The America that I once knew is gone…

Obama’s Kiss-my-Assurance Policy: How to Win Friends and Influence People – Not!

People who have been hurt by going to the healthcare.gov website should sue him in his individual capacity as an insurance salesman. I cannot believe that he would have immunity for outright fraud; it’s not part of his job description. He is not personally immune to lawsuits (Clinton, remember?)

I’ve been making the same point to anybody who will listen.

Obama screws up everything he touches. He does exactly the opposite of what should be done. On everything. And now a weakened Obama is negotiating with Iran. Who knows what he will do to get a “good” headline.

In large part, the MSM has avoided reporting what’s going on in the negotiations, the same way they avoided the real story with Obamacare.

I’ve heard reports that Obama and Kerry are trying to strong-arm France and possibly other allies to accept the “deal” with Iran which grants them a right they do NOT have under the Non-Proliferation Treaty, to enrich uranium.

Carter was a wimp, but at least he did try a rescue attempt and didn’t let the mullahs go nuclear. Obama is the worst President, not just of the postwar period, but ever, if this atrocity is committed.