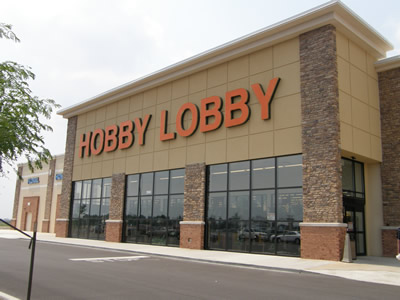 The last time we checked on Hobby Lobby after a 60,000 citizen buycott in support of its case against Obamacare, it looked likely that US Supreme Court would take up the case.

The U.S. Supreme Court today agreed to review the lawsuit filed by Hobby Lobby against the federal government over the Obamacare mandate that employers provide contraceptive coverage in their health plans.

Hobby Lobby, which is owned by an Oklahoma City family with strong Christian beliefs, says a 1993 law, the Religious Freedom Restoration Act, protects the company from the mandate. The company is particularly opposed to paying for coverage that includes the morning after pill.

The court also accepted a related case from Pennsylvania involving a Mennonite family with a furniture-making business. In that case, a federal appeals court initially ruled that the owners could not challenge the mandate on religious ground because a company did not enjoy the same rights as individuals.

“It’s really not just for Conestoga. We’re taking this stand for other businesses as well. This is a religious liberty issue that is concerning to us. We feel the government has gone too far in too many instances.”

Given the deep disappointment with the original ruling on Obamacare handed down by SCOTUS, it may be a little hard to get excited by this development. However, given the rapidly decreasing popularity of the program and the enormous issues that occurred during its launch, this may give the justices a change to hit the “undo” button.

Call it the audacity of hope!

However, stopping the harm Obamacare is causing is something all Americans could be grateful for next Thanksgiving Day. I suspect the justices are well aware how the winds are now blowing. Well, most of them anyway.

Religion is a philosophy of morality, which has different justifications, both emergent and divine. It’s free exercise cannot include violations of universally acknowledged principles, among which is an unalienable right to life.

“a federal appeals court initially ruled that the owners could not challenge the mandate on religious ground because a company did not enjoy the same rights as individuals.”

The Left’s basic message is that those professing beliefs that run counter to the State Left do not have the right to participate in the economy unless they bend to the State. Is this unlike Naziism?

Expect Chief Justice Roberts to cast the deciding vote against them, arguing that they are merely attempting “tax evasion”.

“…a federal appeals court initially ruled that the owners could not challenge the mandate on religious ground because a company did not enjoy the same rights as individuals.”

And yet, companies and corporations can lobby for and promote politicians and political movements – including favoring one party over the other – because they have First Amendment rights to do so.

Am I the only one seeing a disconnect here?