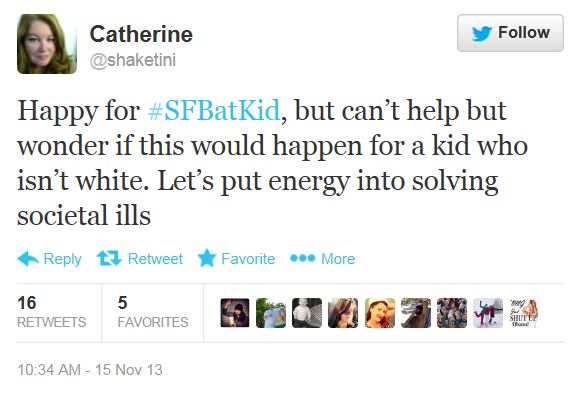 A brutal 12 hour drive yesterday round trip from Ithaca to JFK including wait/circle time has left me pretty much blitzed.  It was a Saturday, and we still needed to spend the trip fighting traffic jams in the NYC vicinity.  Why anyone would want to live that way is beyond me.

So I’m out of touch on what’s been happening the past 24 hours.

I did notice a few things this a.m.

Israel is rolling out the red carpet for French President Hollande, who saved the world from a really bad Iran deal, so far. Let’s see if it holds up.

This is possibly the most stupid article I’ve ever read, 12 Reasons Why Obama Is One of the Best Presidents Ever . In a make-believe fantasy world, the article is spot on:

3. He is for one race -the human race. In just a few short years, Obama’s professional achievements and continued demonstration of equality and integrity have done wonders for race relations. America has never been more unified as a people than it has been under the direct leadership of Barack Obama. Finally, the racial lines that have divided blacks and whites for decades seem to be narrowing.

Here’s a good example of reality, something I had hoped to write about for the Saturday Night Card Game last night but was not able to get to, via Fire Andrea Mitchell, San Francisco BatKid Miles Scott gets grief because he’s white.

The user for the featured image/tweet has taken her account private, but it lives on in Google Cache.

Her response to complaints from “teabaggers” appears to have been lost in it’s original form, so this is all we have (via Fire Andrea Mitchell link:

It is not wonder Catherine had to protect her account. When you are a hate monger hating on little sick kids and a racist to boot people are going to respond.

I can’t believe she has over 1700 followers. I know I would not want to be associated with someone that hateful, racist, self superior, and smug about it.

That should read “no wonder”

The woman is simply vile. Race should not matter when helping out a sick child.

Wow that “12 Reasons” article is just willful ignorance. It takes a really twisted individual to argue that the President is ‘for peace’ after the Syria debacle. I think this person confuses ‘what he says’ with ‘what he does’. The man is full of broken promises, half-truths, and out-right lies. But I suppose if you listen to his speeches and don’t pay attention to his actual policy decisions, then maybe you could believe this drivel.

Seriously, this stuff belongs in a textbook.

SMH. Would not want to play limbo with this lady.

That 12 Reasons “article” reads like a seven-year-old wrote it. The writer is infantile in his thinking and quite possibly the saddest case of Koolaid overdose I’ve seen since 2008 when people were calling Obama “messiah.”

Catherine need to reevaluate her life.

The Seriously Ill Children Racial Bean Counters forgot about Electron Boy, it seems. The sick African American boy had one heckuva day. I sure remember it. They don’t?

Late night huckster, Kevin Trudeau, is sentenced in federal court for pretty much “lying about a product on television.”

Do we know of anyone or a group of people who have been lying on television, about a product that we have no choice about paying for? Hmmm….

WOW.. really? I know he’s had a very long history of legal problems but he’s almost managed to escape justice. That’s nice to hear and hopefully it’s the last time that joker’s face is on television.

That guy was bad news. DO you remember his all natural cures books from about 20 yrs ago? My grandparents, desperate for some hope for diabetes, bought one of his books. I looked through it and was disgusted at the depths people go for money. All of his cures, from cancer to diabetes to heart disease to gingivitis to athletes feet went like this:

there are three possible causes of diabetes
1) the pancreas fails to produce enough insulin (please see you doctor for treatment options)
2) the body no longer effectively responds to the production of insulin (please see your doctor for treatment options
3) the diabetes is caused by “x” allergen (bacterium, virus, fungus, or irritant) in which case the cure is use locally produced honey

“In fact, I will go so far as to say that when the man does finally retire from politics, he has a rewarding and lucrative job as a stand up comic awaiting him if he so chooses.”

Helping you out here, Matthew.

Reason #13. The world has recognized his comedic talent, the entire globe is laughing AT him now.

Which, of course, makes all the Deemocrats in Congress who EVER voted for ObamaDoggle complicit in the LIES.

To bad Catherine does not, nor will she ever realize, that she IS a “societal ill”.

On the “12 Reasons why…” by Matthew Lynch. How serious can you take someone who appears not to proof read or understand the English language. His wording of how President Obama won by 53% is just plain wrong. In actuality he won with 53% of the vote, now it seems like I’m being picky but its part of the problem we keep having to deal with when our President starts parsing his words to cover his behind! The difference between ‘by” and “with” changes reality drastically! And this guy is the Chairman of the Department of Elementary & Special Education and an Associate Professor of Education at Langston University. Really…Awarding winning too. HAHAHA

To me it reads like a high school English student’s effort to produce something to get a grade without really putting any effort in (no research or analysis). As if the kid simply read some blogs as if they were Cliff Notes, and simply threw together sentences that would please the teacher. Very sophomoric. And shallow. And without basis in fact or reality.

So the guy is a bureaucrat in a position that should not exist in the first place, and for which he is obviously not qualified.
Of course he has to love Obama!!

He’s black and is a “doctor of education” at Langston, an historically black college in OK. Whoopee doo. I’d be bowled over at how impressive that is, but somehow the whole situation lacks the diversity to be “keepin’ it real”. 🙂

Why should the position not exist? Should the university not have a Department of Elementary & Special Education? Or should that department not have a chairman?

Catherine is a damaged soul. She has such a deep self loathing that she feels the need to try to demonstrate her “moral superiority” by parading her “elevated racial consciousness,” even when a story has no racial component.

The tragedy is that modern communication allows her to act out in such a public way.

I don’t CARE if the kid is white or [whatever]. He’s a sick kid and caring people did something nice for him you F**#$ng racist.

That list of 12 things is crap. Not because I’m conservative / libertarian and he’s a liberal / progressive – but because it’s not true. Even the liberal HuffPo readers ae ripping him apart.

President Obama is an elitest utopian dreamer who has theories – theories that have been tried before and have failed. But his narcisism and ideology won’t allow him to see failure.

Fast & Furious – high handed disregard for people of color, literally unto their DEATH, for the purpose of curtailing our 2nd Amendment rights.

Dear Collegue memo to colleges: Complete disregard of civil rights of students to appease feminists. Notice it did not force college professors or administrators to be under the same standards.

“Getting us out of Iraq” – the time table was set in place before he got in office.

He and his angry-at-white-folk wife are elitests who think the laws are for the little people and not for them.

Let’s be real -Obama is one cool cat.

… and did you know that he is friends with Jay-Z

The same Jay Z who boasts that he learned his business skills during his years as a crack dealer, and the one Obama says is such a great “role model” for his kids?

People who look at a seriously ill boy having one great day and focus on his race … people like you are a societal ill. You are the sick one.

The kicker is that her twitter account is not focused on helping society but on her finding that perfect bite of food. Mother Theresa she is not.

I agree how anyone could look at a happy sick child getting their wish for the day and not see the joy but instead focus on their race and spew hate is beyond me.

She seems like a smug, self centered, racist, hate monger, who is someone I am glad I do not know.

She is an amateur. A real pro would also have focused on his gender and the fact that his dream involves saving a damsel in distress. Clearly there are gender and feminist issues here also.

I wonder what Catherine does for a living. I do not think she would a lot of fun as a cubicle partner.

Probably not, but just think of all the fun you could have dropping anti-racist literature on her desk time to time when she steps out.

A featured wish on their Web site.

“Finally, the racial lines that have divided blacks and whites for decades seem to be narrowing.”

Which is why the “knock-out game” is a national phenomena!

That’s one way to cross those racial barriers. Don’t keep all the fun in the ‘hood.

Catherine evidently thinks all those San Francisco Democrats (as most of them probably are) who participated in the event or showed up to watch are really raaaacists at heart. Interesting.

Maybe the boy’s parents will receive an ObamaCare cancellation letter and the little boy will lose the doctors who’ve kept him alive.

That will probably be OK with Catherine because odds are his doctors are white and Jewish.