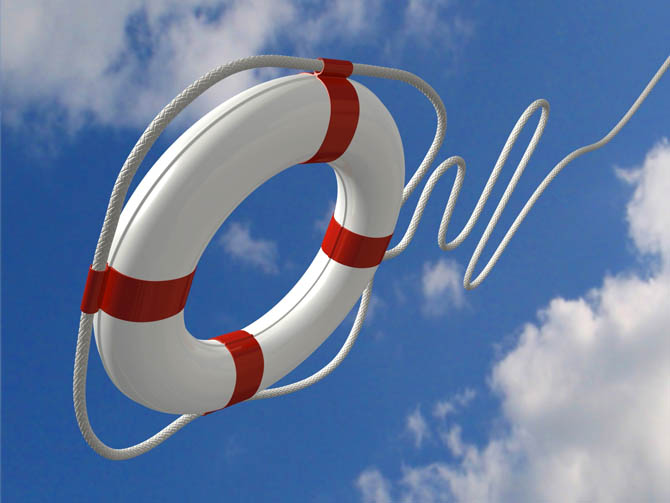 Well, well, well: it seems that with Obamacare, the insurers got some insurance against loss, too. Just another case of needing to pass the bill to find out what nuggets were hidden within its deep recesses:

If an exchange plan’s performance varies in either direction by more than 3 percent, it either collects a subsidy from federal taxpayers via the Department of Health and Human Services to recoup part (50 to 80 percent) of further losses, or it has to kick back a similar share of the excess profit.

Ideally, the money kicked back by profitable health plans can cover the subsidies for plans that lose. But unlike with the other two R’s, there is no legal requirement that the numbers balance or limit on what can be paid.

So imagine that we do enter a “death spiral” situation in which a large number of exchange health plans lose big and very few turn sizable profits…taxpayers potentially face a multi-billion dollar bailout of health insurers for losses outside the corridor.

Insurers are therefore safe. Politicians who back Obamacare may not be. If insurers’ costs do rise to the level that they require a taxpayer bailout, they will also be announcing massive hikes to their insurance premiums for calendar 2015.

This news may not get the widespread publicity it deserves unless the death spiral begins. But if it does, watch out.

It’s understandable that insurance companies wouldn’t want to go into this untried, untested experiment without this sort of assurance that they wouldn’t lose their shirts. Obama had to give it to them because he needed them aboard once he knew that neither single payer nor a public option could pass. And so this unstable and unholy alliance was born.

This, among a mountain of other aspects of Obamacare, was discussed Ad nauseam in 2010.

Information overload, and nobody paid attention.

Until the insurance companies line up for their bailout in late 1014.

Yes, we’ll cry, bitch, and moan. Then, they’ll tell us it’s settled law…been that way for a long time…affirmed by the Supreme Court, reaffirmed by the reelection of Barack Hussein Obama.

All God’s chillun’ get they subsidies

The insurance companies are still going to end up suing Sebelius and crew.

They’ve turned the health insurance industry into a public utility.

15,000,000 people have been kicked out by the insurance companies so far. And, only a few thousand have been re-signed.

The insurance companies are like pigs that ran from their old trough to the new ObamaCare trough after being promised it would be flooded with millions of new customers. Now we find out that trough is nearly empty.

but one with less and less utility for normal folk.

This whole disaster is planned. There had to be an AVERAGE of 80000 people A DAY signing up to PAY. There hasn’t been 8000 that “we” know of. And this is for the 5% of “individual” plans. Think what will happen when 100 million more people lose their plan a week or two before the 2014 election. Does anyone question the sanity of the politicians that set that up? Did they think the insurance companys or the Republicans would get the blame for that one?

Why do we assume that our lawless government will not change the just-before-the-election date? The insurance industry will be beholden to the government for oxygen and will be even more compliant than it is now.

“If” the death spiral begins? Looks like a certainty.

Why just this past Sunday, Dr. Mengele…er I mean Ezekiel Rahm…was talking about their ObamaCare Death Spiral….already I think.

That and Death Panels too! What a country!

So Al Franken got an audience with the pope today, along with about 12 other democrats. He wants to change the law, not because of the harm it has done to us, his constituents, harmed our relationship with our doctors, or the damage to our budgets, or peace of mind. No, no, no. He absolutely needs that law changed because it might hurt his chances to get re-elected, the only real tragedy as far as he is concerned.

Insurers will NEVER lose. Right now, any Home Health office can verify coverage. What happens to verification of coverage if the covered is not paid to date on their premiums? Who loses? I assure you it will not be the insurance company.

Unexpectedly, CMS’s chief technology officer is “retiring” before healthcare.gov is scheduled to be back up … or just up … whatever

This is totally “unexpectedly” … whatever

“Goodbye and thanks for all the fish!”

My understanding is that the “reinsurance” part is quite limited and won’t begin to cover losses if the adverse selection turns into a preference cascade turns into the dreaded “death spiral” – which is one reason one of the biggest companies, Kaiser, isn’t joining state exchanges.

I am not sure that we will have a rapid death spiral. I believe that in order to cushion premiums in an exchange, the insurance companies have to lump their exchange policies with all their employer provided policies in order to come up with the risk pool. If that is true then the premiums on the exchanges will be raiser slowly as will the premiums on employer based policies. The employers will thus be subsidizing the exchanges until they realize that the taxes look more attractive then providing benefits. The result could be a chronic spiral rather than a death one.

We are the frogs in a pot of cold water and they just lit a slow fire under us. Relax: so far, so good.

This about the bailout for the insurance companies written into the law is vastly edifying. It explains a number of things, the chief of which is that Obamacare was never intended to work. It’s job was to wreck American healthcare and so pave the way for socialism in health care. BTW, if you don’t like waiting at the DMV, you will not love Obamacare.

Anyway, here is the key bit that says Obamacare is sham: it depends on young folks to fund the transfer of wealth to the elderly, the welfare crowd, and the illegal alien. Meantime, in direct contradiction to this, the young are unemployed. Worse yet, they will not be buying health insurance not just cos they’re healthy but also cos they are allowed to remain on their parents insurance until they’re 26.

How the new ObamaCare works. (See clips starting at 7 minutes and 21 minutes.)