Giving up Something for Nothing in Geneva Iran talks

Giving up Something for Nothing in Geneva Iran talks 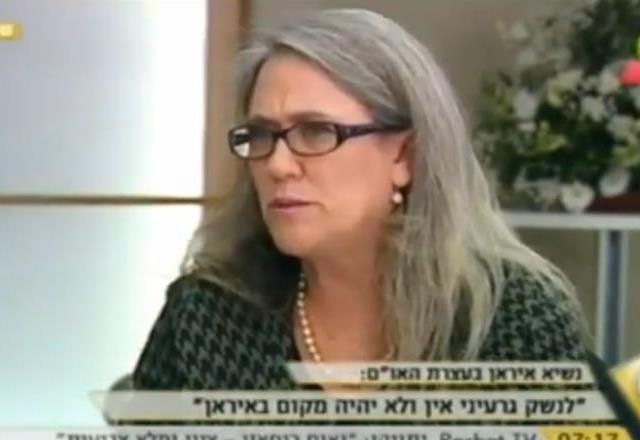 On Wednesday, The Israel Project hosted a conference call with Dr. Emily Landau of Israel’s Institute for National Security Studies.

Dr. Landau is a non-proliferation expert and spoke about the problems with the agreement apparently being negotiated between the P5+1 (United States, China, France, Great Britain, Russia and Germany) and Iran.

Landau focused on four elements of the agreement, as reported that are problematic. She evaluated these terms by the stated standard of an interim by President Obama that “goal of this short term deal is to be absolutely certain that while we’re talking to the Iranians, they’re not busy advancing their program.”

The third and fourth points are especially important as both of them indicate that Iran’s nuclear program is military not civilian. (One does build a reactor of the type at Arak unless one wishes to produce weapons grade plutonium; a trigger is a necessary component of a nuclear bomb.)

Aside from these objections to the reported draft agreement, Dr. Landau made an important point about how the issue is being presented by diplomats and the media:

I think it’s unfortunate that the objections to the draft proposal are being framed as an Israel – specific issue. I think it’s clear from the reservations that I raised – these are technical issues that go to, you know, the specifics of Iran’s nuclear program. They’re not a political issue, it’s not an issue of interpretation.
These are clear technical issues. Anyone who has expertise in these issues would probably see things the same way; and therefore, Netanyahu, yes, he has been pushing Israel to the forefront. As an Israeli, I find that unfortunate, but my question really is: Where are all the others? Why are the negotiators who are at the table not raising the same concerns? Because, as I’ve said, these are not political issues; these are technical issues. So the P5+1, to get the best deal possible, they need to be sure that these problematic aspects that seem to be part of the draft proposal do not remain when they really go for lifting of sanctions.

The only issue that has caused consternation with the P5+1 is Arak, but in all four cases laid out by Dr. Landau, Iran’s actions strongly suggests that it is trying to cross the threshold of developing a nuclear weapon.

To illustrate Dr. Landau’s concerns about how the issue is framed consider this excellent graphic (from the New York Times, of all places). The graphic describes the assessment of the independent Institute for Science and International Security (ISIS) of Iran’s nuclear program. According to ISIS Iran is 1.6 months from nuclear “breakout.”

In other words, given its current resources it would take less than two months for Iran to develop a nuclear weapon. (The reason Iran doesn’t is because to do so would require a number steps that would be detectable and invite a possible military strike.)  ISIS explains different ways – by reducing stockpiles of enriched uranium and by reducing the number of centrifuges it has operating and other actions – to increase Iran’s breakout time to six months.

Iran is trying to approach its breakout on a number of different fronts. The agreement as reported would not effectively delay Iran’s breakout time. Yet here is how the New York Times reported recent developments Deal May Be Near as New Iran Nuclear Talks Open:

Under the emerging agreement, Iran would continue to enrich uranium to the level of 3.5 percent. But steps would be taken to render its stockpile of 20 percent enriched uranium less usable for military purposes. Iran would need to accept constraints on its effort to build a reactor that can produce plutonium and would need to accept verification measures. Another aim of an initial agreement is to identify the “parameters” for a more comprehensive, follow-up agreement. A senior Obama administration official said they would not be very detailed but would “set a direction” for the later agreement.

According to this Dr. Landau’s fears are justified but there’s no indication in the reporting how minor the concessions being offered by Iran are. Instead we get reporting like this:

Mr. Obama was not the only leader who has been trying to shape the debate at home as a preliminary agreement appears near. In a speech to a paramilitary group, Iran’s supreme Leader, Ayatollah Ali Khamenei, insisted that there were limits to the concessions that Iran would make and underscored the nation’s “nuclear rights,” an apparent reference to Iran’s plans to continue enriching uranium to the level of 3.5 percent. The speech appeared to be aimed both at placating hard-liners while showing his support for the Iranian officials meeting with international negotiators in Geneva.

A complete transcript of Dr. Landau’s call is here. A recording of it is embedded below.

As I’ve said before, the Obama Admin. is ready and willing to accept Iran as a nuclear power. Obama is frightened by Iran, and he wants to politically buy them off however he can (and is willing to sell out various allies in the Middle East incl. Israel) so he can concentrate on domestic issues.

As far as the others go, China is courting Iran, and France, Great Britain, and Germany all would much rather deal with their own domestic issues and agendas rather than stand firm. In a way it’s academic since I certainly doubt that they have the political will to back anything up with military action.

Things are not looking bright for the Middle East.

Obama is always happy to accommodate islamic radicals in power, as in Egypt. And he has never been a friend to Israel.

How ironic that after all this time, the safety and security of the Middle East and much of Europe depends upon the steely resolve of . . . France’s socialist government.

Obama has been waging war on Jews and Christians since 2009. Now that he’s been reelected, the warfare comes center stage. This surrender will have a generational impact.

Iran’s intent is to nuke Israel. With Israel gone, wiped out, what happens to Western civilization? It is gone, too, because it’s foundation is destroyed.

The Muslims have been actively seeking to destroy any smidgen of Jewish historical presence in the MidEast, in Israel itself. A nuclear Iran will certainly be a great assist with that. Couple that with the Left’s assault on Christianity, the decline of European Christianity, the jihad being waged in Africa and India, and you have a world being prepared for Islamic rule.

Jews? Dead or dhimmi. Christians, the same. All vestiges of Western culture, including the Bible and museums full of art? Gone, destroyed. Ask the afghanis about the Buddhas of Bamiyyan.

That ring Obama wears on his left hand fourth finger tells of the source of his true allegiance. So, he’s not giving up something for nothing. He’s giving up everything he and his masters despise to gain a global caliphate.