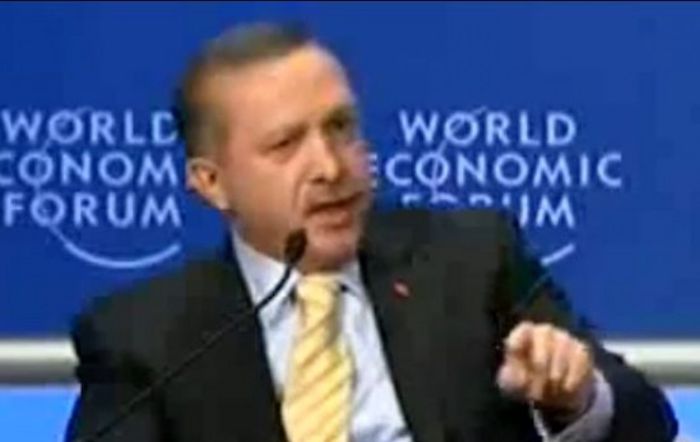 Egypt expelled the Turkish ambassador Saturday, according to a report from the Associated Press (via NY Times):

Egypt downgraded diplomatic relations Saturday with Turkey and expelled its ambassador from Cairo, a sharp escalation in tensions between the two countries that mounted after a military coup ousted the country’s Islamist president this summer.

In a quick reaction, Turkey reciprocated by declaring the Egyptian ambassador “persona non grata” and downgrading relations with Egypt to the same level. Egypt’s ambassador hadn’t been in the country since August over the turmoil.

Turkey has been highly critical of the removal of former Egyptian president Mohamed Morsi.  Over the summer, facing criticism himself amidst the brutal crackdown on protesters in Turkey, Turkish Prime Minister Recep Tayyip Erdoğan slammed “enemies of democracy” over Morsi’s ouster.

An Egyptian foreign Ministry Spokesman accused Ankara of backing organizations “that seek to create instability in the country,” according to Reuters:

“We are saddened by this situation,” Turkey’s foreign ministry said in a statement. “But responsibility before history belongs to Egypt’s temporary administration which came to power under the extraordinary circumstances of the July 3 coup.”

Turkey has emerged as one of the fiercest international critics of Mursi’s removal, calling it an “unacceptable coup”. Mursi’s Muslim Brotherhood, which has been staging protests calling for his reinstatement, has close ties with Turkish Prime Minster Tayyip Erdogan’s AK Party.

“(Ankara is) … attempting to influence public opinion against Egyptian interests, supported meetings of organizations that seek to create instability in the country,” Egyptian foreign Ministry Spokesman Badr Abdelatty said, in explaining why the Turkish ambassador had been asked to leave.

Read the full reports at the NY Times and Reuters.

Apparently Egypt has many Islamaphobes in the government.

Turks were the Whirling Dervishes Napoleon threw out of Egypt.

And, IF there’s “changes” between Egypt and Turkey it means Erdogan is really angry with General Al-Sisi. I guess there won’t be any floatillas to Gaza, ahead, huh?

Nobody said that muslims get along. Because they DON’T!

Ever since Erdogan was painfully kicked in the nuts by a horse, on live TV no less, he’s become an extremely devout muslim. Guess he must have seen and felt the presence of God while writhing on the floor moaning, Oh, allah, oh allah, LOL.

Egypt is becoming one of the few bright spots in the Middle East unlike what is happening here.