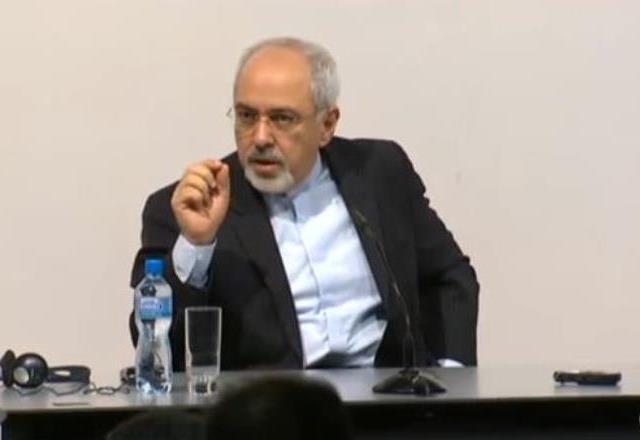 In Saturday night’s P5 + 1 deal with Iran, Iran agreed to submit an “additional protocol” of more intrusive IAEA inspections of its nuclear program.

In his statement hailing the P5 + 1 deal with Iran President Obama referenced the 2003 deal:

For the first time in nearly a decade, we have halted the progress of the Iranian nuclear program, and key parts of the program will be rolled back. Iran has committed to halting certain levels of enrichment and neutralizing part of its stockpiles.

Diplomats and journalists cite the 2003 agreement as a precedent for current negotiations with Iran. For one thing it was the first nuclear agreement between Iran and the West. Furthermore, Iran’s lead negotiator then was Hassan Rouhani, now Iran’s president.

While that may have been the first nuclear deal reached with Iran; the lessons from it may not be ones that the cheerleaders for the P5 + 1 deal have in mind.

The “additional protocol,” however was originally agreed to between Iran and the E3 (Britain, France and Germany) in 2003.

Having received the necessary clarifications, the Iranian government has decided to sign the I.A.E.A. Additional Protocol and commence ratification procedures. As a confirmation of its good intentions the Iranian government will continue to cooperate with the agency in accordance with the protocol in advance of its ratification; While Iran has a right within the nuclear nonproliferation regime to develop nuclear energy for peaceful purposes it has decided voluntarily to suspend all uranium enrichment and processing activities as defined by the I.A.E.A.

Mr. Rowhani, however, strenuously objected to the order to end enrichment.

“They cannot force Iran to suspend enrichment through the resolution,” he said. “The Europeans also know that if there is a way, that way is through negotiations.”

He added a threat, saying, “I believe that Iran will stop implementing the additional protocol if its case is sent to the Security Council, and Parliament will probably demand from the government to drop out of the nonproliferation treaty.”

Remember, the signing of the “additional protocol” was unconditional. A year later, Iran was saying that it was conditional.

Among the ideas presented by the Iranians, participants said, was a phased approach including enhanced monitoring and technical guarantees devised to allow Iran to again enrich uranium, a process used in producing nuclear energy and nuclear bombs. But the Europeans reject that approach, arguing that Iran’s nuclear activities are so suspicious that the country should never again be allowed to enrich uranium. …

The meeting on Wednesday was the first by the negotiating teams since the Bush administration softened its position to allow the Europeans to offer broader economic incentives to Iran. In exchange, the United States has extracted a pledge from the Europeans to refer Iran’s case to the United Nations for possible censure or penalties, if the negotiations fail.

The E3 (Britain, France and Germany) concluded that Iran’s nuclear program was “so suspicious” that it shouldn’t be allowed to enrich uranium at all. A year and a half after after signing an agreement to affirm “its good intentions” Iran had played so many games that the E3 no longer trusted it. 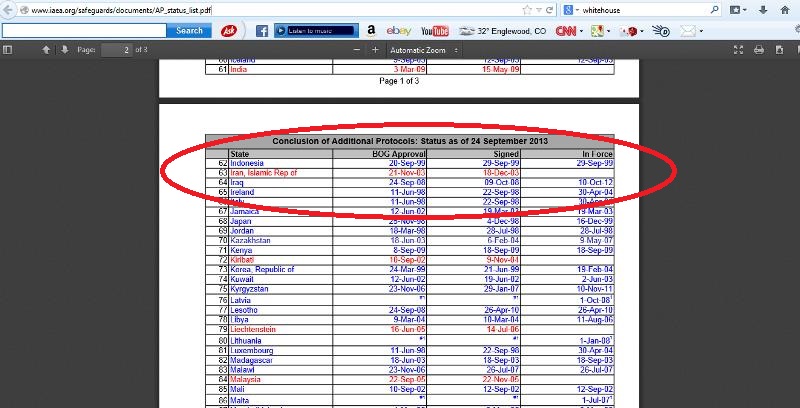 Why is this past history of the “additional protocol” so important?

In the deal signed Satruday night there’s this commitment from Iran.

Fully implement the agreed transparency measures and enhanced monitoring. Ratify and implement the Additional Protocol, consistent with the respective roles of the President and the Majlis (Iranian parliament).

Ten years after committing to the “additional protocol” and later unilaterally abrogating it, Iran once again commits to the same inspection regime. To paraphrase Charles Krauthammer, Iran has sold the West the same rug again.

But as the New York Times now explains in A Step, if Modest, Toward Slowing Iran’s Weapons Capability:

At the beginning of Mr. Obama’s presidency, Iran had roughly 2,000 kilograms of low-enriched uranium, barely enough for a bomb. It now has about 9,000 kilograms, by the estimates of the International Atomic Energy Agency. A few thousand centrifuges were spinning in 2009; today there are 18,000, including new models that are far more efficient and can produce bomb-grade uranium faster. A new heavy water reactor outside the city of Arak promises a new pathway to a bomb, using plutonium, if it goes online next year as Iran says it will.

True rollback would mean dismantling many of those centrifuges, shipping much of the fuel out of the country or converting it into a state that could not be easily adapted to bomb use, and allowing inspections of many underground sites where the C.I.A., Europe and Israel believe hidden enrichment facilities may exist. There is no evidence of those facilities now, but, as a former senior Obama administration official said recently, speaking anonymously to discuss intelligence, “there has never been a time in the past 15 years or so when Iran didn’t have a hidden facility in construction.”

After defying the E3 and failing to adopt the additional protocol (in addition to other cheating) Iran’s nuclear program is far more advanced than it was ten years ago. Instead of making a new deal with Iran the P5 + 1 should have been enforcing the previous deals.

The case of the “additional protocol” taught Iran that it needn’t observe its commitments and obligations. In the coming months when Iran and the West have a dispute over the meaning of terms of the Geneva deal or the discovery of something suspicious in Iran, Iran knows that it can bluff its way out of suffering any consequences for its bad faith.

The West has agreed to close their eyes while the Iranians have agreed to nothing. Carry on.

It’s really the Plutonium facility that makes me worried. Even if Iran uses their non-secret facilities to enrich natural U-238 from .7% up through reactor grade 3.5% and up to “research” grade of 20%, that still leaves an awful lot of secret facility work to get up to that last 90% where it can go bang. Pu-239 only takes about 5 kilos(+/-) to make a functioning nuke, which even with Iran’s low-tech bomb support mechanisms could still be put inside a truck or civil aircraft and used to gruesome effect.

This is very simply a bad and dangerous deal.

Obama seems intent on making the US an enemy to its friends and a pushover to its enemies.