Mideast Media Sampler 10/17/2013 – Secretary of State John Kerry said that “no deal is better than a bad deal.” Will he follow through? 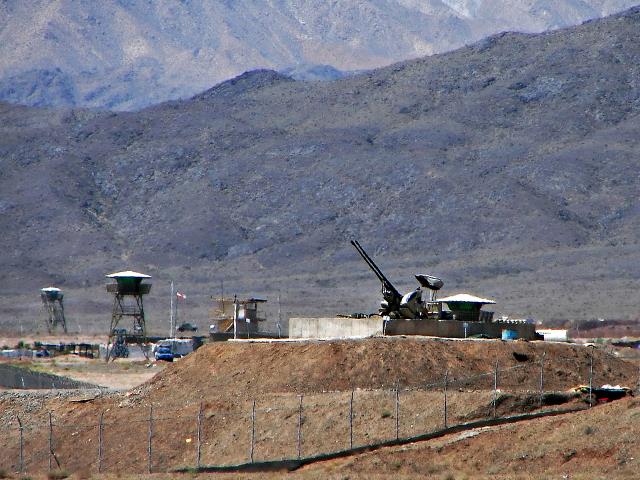 The West (otherwise known as P5 + 1) has concluded its first round of talks with Iran about its nuclear program in Geneva.

“I’ve been doing this now for about two years, and I have never had such intense, detailed, straightforward, candid conversations with the Iranian delegation before,” said a senior Obama administration official.

In an appearance two weeks ago before the Senate Foreign Relations Committee, Wendy Sherman, the State Department official who led the American delegation here, sought to head off a Congressional move to impose tougher economic sanctions on Iran by vowing to seek a “freeze” of the country’s nuclear program so the Iranians could not use the negotiations as a cover to make further advances.

Mr. Zarif, however, provided no indication on Wednesday that Iran had agreed to suspend any nuclear activities during the talks here with what are known as the P5-plus-1 countries, the five permanent members of the United Nations Security Council — Britain, China, France, Russia and the United States — and Germany. The senior Obama administration official declined to discuss the issue. 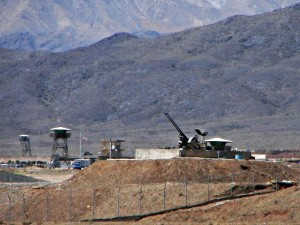 Why is this important? An editorial in the Washington Post earlier this week explained:

A year ago, Iran’s growing stockpile of uranium enriched to 20 percent appeared to be the most dangerous piece of its nuclear infrastructure, because that material could be quickly converted to bomb-grade. The enrichment takes place in an underground facility that has little plausible use other than for weapons production. A freeze or shutdown of that plant and the securing of the material already produced, if accepted by Tehran even six months ago, would have eased the threat that Iran could race to produce a bomb sometime soon.

Since then, however, Iran has begun installing a new generation of centrifuges at its largest enrichment plant, in Natanz. Because they can process uranium far more quickly, these new machines create a threat of an Iranian nuclear breakout beyond that posed by the 20 percent stockpile. Meanwhile, a new reactor based on heavy-water technology, in Arak, is due for completion next year and would allow Iran to produce plutonium that could be used in bombs.

Yet the New York Times reports that the West might not have even gotten a freeze on current nuclear research out of the Iranians. Furthermore the New York Times reported that it isn’t clear that Iran would agree to halt or limit enrichment or accept intrusive inspection to ensure that enrichment is limited. What is clear is that Iran wants a quick lifting of sanctions. The only reason for optimism is if the Americans (and the West) see that making a deal is the goal and that they know that they are willing to meet Iran’s terms for a deal.

Yesterday, Amos Yadlin and Avner Golov wrote Four Possible Deals with Iran (Google search terms). After noting that there was a good deal (total elimination of Iran’s nuclear program) and a less good but reasonable deal (a reversal of Iran’s nuclear progress so that it’s “breakout” timeline was extended from a few months to a few years) Yadlin and Golov explained what a bad deal would look like:

A bad agreement would have the West ease sanctions against Tehran in exchange for a partial dismantlement of its nuclear program. Such a deal could, for example, limit Iran’s uranium-enrichment level to a nonmilitary grade, but wouldn’t put a cap on Iran’s stockpile of centrifuges or wouldn’t force the regime to shut down the Arak reactor. This would be disastrous for Western interests, because it would allow Iran to manufacture a nuclear weapon rapidly and whenever it wants, under the cover of an agreement with the international community.

Reading the public statements over the past few days, it’s hard to get the impression that we’re headed to anything other than a bad deal. The public statements of Iran’s foreign minister indicate that Iran is not prepared to make any sort of meaningful concessions and that he expects an easing of sanctions in order for the West to build trust with Iran. There’s no mention of Iran’s cheating on its nuclear program which led to the sanctions in the first place.

What was that old Barry McGuire song? Oh yeah. Eve of Destruction.

I’ll keep it simple so we don’t spend time and energy on this one: Iran is getting the Bomb, and soon. Kerry et al are only interested in waving around a piece of paper that guarantees Peace In Our Time. Plan accordingly.

… before going into the thorny weeds of broken promises, obfuscations, distractions, misdirections … down the path to muddied waters.

Public school teachers! Wanna make history come alive for your students? Have ’em read this and compare it to something going on in the present.

I’m running out of fear and concern. Let’s just hope Israel does what it needs to do, and soon.

“Alex, what is ‘Barack Obama is in charge, and he’s letting John Kerry run the negotiations with Iran?‘”

At least you guys in Texas are drilling for oil. That means we will have some after the wells in the Middle East are all capped by molten sand.

Thank God for Bibi. A man of character, courage, honor and realism. We had a president like that: George W. Bush.

The guy there now? A Vast Testicular Concavity.

Not the first time I’ve asked this, but: “A theocracy based on a religion that celebrates suicide bombing develops the wherewithal to build a doomsday device. What could possibly go wrong?”

RE: “What could possibly go wrong?”

Their loyalty is unpredictable and erratic. Islamists kill and betray each other at the same or greater rate than they do infidels. They disown, attack and/or kill wives, daughters, sons, family, friends, enemies, leaders, other sects with an alarming frequency. Their leaders/regimes change as a result of assassination, arrest and coup more frequently than by vote.

The world would be better off without Mohammed’s self-serving political system clothed in blasphemous distortions of Judeo-Christian theology and terminology.

Precisely. But the present administration is following in the footsteps of the previous administration, pretending that their dreams of peaceful Islam can come true.