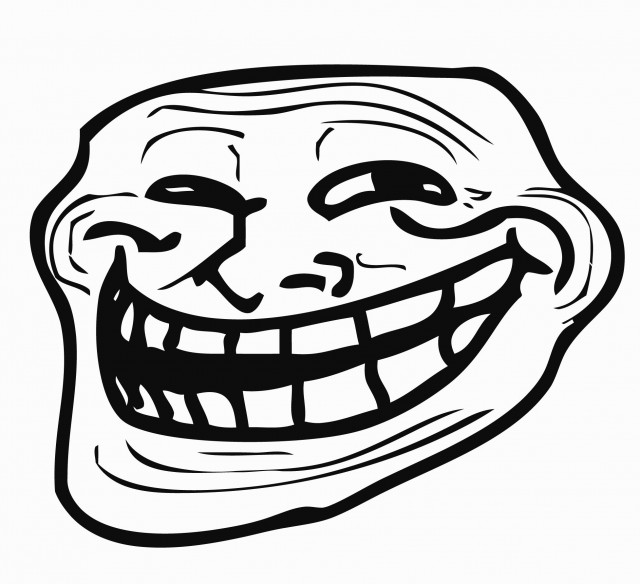 It turns out the disappearance in recent days of a noted snarky national security tweeter was no Halloween prank after all.  The anonymous personality known to Twitter as @natsecwonk has not only been outed, but is out of a job.

A senior National Security Council staffer who was a key member of the White House team negotiating on Iran’s nuclear weapons program told POLITICO he deeply regrets tweeting hundreds of anti-administration messages under the pseudonym @natsecwonk.

Jofi Joseph, 40, was fired from his job on the NSC nuclear non-proliferation team a week ago after a months-long probe into a barrage of tweets that included caustic criticisms of former Secretary of State Hillary Clinton and top NSC officials, especially Ben Rhodes – whom he accused of dodging questions about Benghazi.

“It has been a privilege to serve in this Administration and I deeply regret violating the trust and confidence placed in me,” Joseph told POLITICO in an email.

“What started out as an intended parody account of DC culture developed over time into a series of inappropriate and mean-spirited comments.  I bear complete responsibility for this affair and I sincerely apologize to everyone I insulted.”

Joseph’s @natsecwonk bio was an apt description, “Unapologetically says what everyone else only thinks. A keen observer of the foreign policy and national security scene. I’m abrasive and bring the snark.”

The Daily Beast, which first broke the story, collected many of the account’s tweets before it was shut down, and offered this sampling in its post:

“I’m a fan of Obama, but his continuing reliance and dependence upon a vacuous cipher like Valerie Jarrett concerns me,” he once tweeted.

“Was Huma Abedin wearing beer goggles the night she met Anthony Wiener? Almost as bad a pairing as Samantha Powers and Cass Sunstein ….”

[…]  “So when will someone do us the favor of getting rid of Sarah Palin and the rest of her white trash family? What utter useless garbage …. ,” he tweeted last October.

“@MiekeEoyang Come on, I expected better of you. @jrubinblogger is CRAZY unhinged while @noonanjo is an overweight paid Romney shill,” he tweeted, referring to the Washington Post’s conservative blogger Jen Rubin and Romney campaign national security staffer John Noonan.

And as the Daily Beast points out, the account’s identity took many by surprise for a couple reasons:

For many in the foreign policy community reacting Tuesday night, the revelation that Joseph was the mystery tweeter @natsecwonk was a shock because Joseph was well known among policy wonks and his wife, Carolyn Leddy, is a well-respected professional staffer on the Republican side of the Senate Foreign Relations Committee.

Read the whole exclusive from Josh Rogin at the Daily Beast.

It’s okay for Cabinet Level officials to conduct official government business using anonymous e-mail accounts, but let someone Tweet anything bad about the Thin Skinned One, and all hell breaks loose.

Oh me, and I thought he said”

The Won-Ton we’ve been waiting for.”

What happened to free speech?

So, what was the basis for tracking this tweeter down? The comments aren’t nice, but I don’t see any threats, or disclosure of confidential information, nor any pretense to speak on behalf of the administration or any government office.

Those at the WH can dish it out, but they just can’t take it. I’d be more sympathetic, but I know that if he’d confined his tweets to jerky comments about Repubs, Independents and the TEA Parties, he’d be fine.

Sorry, but my give-a-damn is busted.

Too bad we don’t have record of all the tweets. The Beast seemed to concentrate on his attacks on Republicans.

Leaving an ambassador to die in Benghazi to support Obama’s campaign messaging is business as usual, or even advances a career. No one gets fired, unless they tell the truth about the Obama regime.

Hannity interviewed Schweizer about his book “Extortion”. He stated Holder is basically the squeegee guy holding the brick at a stop light. Companies being told they are investigated criminally by Holder, that are then solicited for campaign funds. He says his statistics show the chance of going to jail are cut in half if you make the contribution.

“Top financiers against President Obama in 2012 were all subject to Department of Justice criminal investigation”.

“We have gone from the middle of the pack in 2009 among advanced industrialized countries in perceived corruption, to now we at the bottom, most prone to corruption of any”

“Unlike any other administration in American history, the top five positions at DoJ, beginning with Eric Holder, were all bundlers for Obama”

So, you got one of our US Ambassadors and three additional embassy staff killed and then lied outrageously about it for months at every opportunity to tell the truth because there was an election coming up? Not to worry. It’s all good.

Oh, you ran guns to Mexican drug cartels and more than one of them was used to murder more than one Federal Law Enforcement agent at the border? No problemo. Está todo bien.

But… but… someone went and said bad things about insidious Obama cipher Valerie Jarrett in public — on Twitter?!

In the Obama administration, you can ruin everything you touch and you won’t be held to account, just as long as you remain loyal. As long as you remember your place in the food chain. And don’t you ever forget that, or you’re out.

*Meanwhile, back in Washington, D.C. — the White House and the State Department actually coordinated with the New York Times on disseminating National Security leaks in order to bolster President Obama’s ‘public image’… yeah, but did they set up a pseudonymous Twitter account to bash their colleagues? No? Okay then.

It is definitely all good.

But nobody got fired for Benghazi.

Yeah.
And nobody is being fired for the obamafail.fiasco.snafu.

In muted defense of the White House, when has any bureaucracy not treated disloyalty (public criticism of policy) as the vilest heresy? Or indeed, the only one?