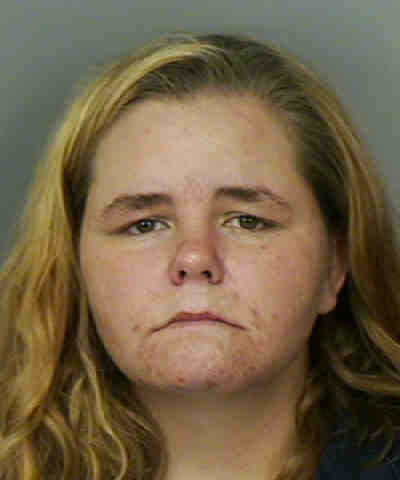 The mother of a 14 year old girl charged with stalking in connection to the bullying case of Rebecca Sedwick, who later committed suicide, was arrested Friday on unrelated charges of child abuse and child neglect.

The mother of one of the girls facing charges in connection to the bullying suicide of Rebecca Sedwick has been arrested herself.The Polk County Sheriff’s Office says 30-year-old Vivian Vosburg is charged with two counts of child abuse with bodily harm and four counts of child neglect.

Sheriff Judd says Vosburg admitted to being the woman in the video who is seen punching one child in the face with her fist and punched another several times in the back of the head.

Investigators say Vosburg’s arrest is not connected to the October 14 arrest of her 14-year-old daughter, [redacted].

Vosburg claimed she was breaking up a fight between two juveniles and told a detective interviewing her that she knew she should not have hit the juveniles with her fists, according to a press release at the Polk County Sheriff’s office website (affidavit here).

According to the affidavit, on Thursday, October 17, 2013, the Polk County Sheriff’s Office received several tips from residents about a video posted on the social media site Facebook.  The video was of two juvenile subjects fighting, an adult female punching the fighting juveniles and screaming profanities, and several other juveniles shouting profanities and moving around in what appears to be a bedroom of a residence.  A total of six juveniles ranging in ages from 9 – 14 were observed in the video.

The adult was identified as Vivian Vosburg, Vosburg is [the 14 year old’s] mother.  [The 14 year old] was arrested on Monday, October 14, 2013, charged with Aggravated Stalking in an unrelated investigation.

[…] After ensuring the children’s safety, detectives contacted Vosburg.  On late Thursday afternoon, October 17th, Vosburg agreed to a non-custodial interview and told detectives the video was of her breaking up a fight.  Vosburg admitted that she is the woman in the video, and admitted to punching one of the juveniles in the face with a fist and punching the second juvenile several times on the back of the head and between his shoulders. She stated she continued to hit one juvenile, after the other fell to the floor, because he was attempting get up from the bed. Vosburg stated she knew she should not have hit the juveniles with her fists.

The case of 12 year old Rebecca Sedwick has sparked much debate since the arrest of two middle school girls, aged 12 and 14, who are alleged to have bullied Sedwick for months leading up to her suicide.  The two were charged with felony aggravated stalking earlier this week.  The case has led many to question whether criminal charges are appropriate in juvenile bullying cases, while others maintain the  response was appropriate and will draw more attention to the problem of bullying, online and offline.

Sheriff Grady Judd  has been outspoken in his criticism of the two girls’ parents throughout the course of the investigation into the Sedwick case.  He has complained that Vosburg especially did not monitor her daughter’s activity on social media or take steps to intervene, a characterization that Vosburg has denied.   On Wednesday, Judd had said he would charge the parents if he could, sparking even further debate on the issue as to whether or not parents should be held accountable for their child’s bullying.

In the Charlie Sheen sense of the term, no doubt.

Sounds great. You guys should do a Lincoln & pay her $350 to fight your battles.

She could knock over half the Senate in one afternoon.

Regretfully with Ms. Vosberg’s behavior it seems she’s not a very intelligent person. It’s very sad she’s been given the responsibility of raising children. And I’m sure she’s not the only parent who treats her kids that way. Those who only know violence as an answer need help – even if it means meditating on ‘do unto others as they might do unto you’.

Damn. Somebody must have beaten that woman with an ugly stick.

Looks like intense and forceful affection to me, sort of like boot camp. She was just trying to help them do their fighting correctly. In any event, she had the best intentions.

What did you say? She isn’t a Democrat politician?

Well then never mind. Burn her at the stake.

Clueless parental, and out of control of herself and her children.

I can see her with a reality show on TLC.

The apple doesn’t fall far from the tree.

The interesting part is that just yesterday their lawyer was all over the MSM with these statements where they were such a lovely, responsible and well adjusted family…

They are. Compared to the Manson Family.

Those are thirty hard years. If she has a 14-year old, that means she was already pregnant at 15 or 16.

Neighbors said she and her children were feral in the early local press reports of her daughter’s arrest. An older son went around threatening and cursing adult neighbors. The kids beat the living daylights out of neighboring kids. Her kids had knock down drag out fist fights in the yard at all hours. She refused to cooperate with the police on the bullying by her daughter. So the sheriff decided to cut off her income. Without her kids in her custody she probably won’t have a living. This is probably the best outcome for her kids. They won’t have to live in her snake-pit and the sheriff may connect her directly with the death of the young girl. Can the cycle of abuse and neglect be broken?

Unfair! Since when is bad skin a crime?