Measuring success of Obamacare exchanges based on clicks and eyeballs, what could go wrong?

Measuring success of Obamacare exchanges based on clicks and eyeballs, what could go wrong?

Hey, remember the last time we measured success by clicks and eyeballs? 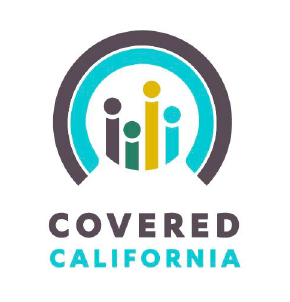 To say that the launch of the Obamacare exchanges was full of fail would be an understatement.

All we hear about is web traffic and clicks, but mostly silence about people actually enrolling.  Hey, remember the last time we measured success by clicks and eyeballs?

The Bubble 1.0 tide rose all boats. …[A] large portion of Bubble 1.0 companies didn’t even have business models. They were valued on such esoteric metrics as eyeballs, clicks, or page-views.

It seems the administration has been keen to cover-up the real numbers of Americans attempting to utilize the exchanges.

While the Obama administration has touted the opening of the Obamacare exchanges as a win for Americans, it is not releasing any data on the number of people who successfully enrolled Tuesday.

No matter the problem and the glitches, the national press is intent on spinning the chaos into a win for the administration’s signature program:

In some ways, the delays that persisted Wednesday were good news for President Barack Obama and supporters of his signature domestic policy achievement because the holdups showed what appeared to be exceptionally high interest in the overhauled insurance system. But if the glitches aren’t fixed quickly, they could dampen enthusiasm for the law at the same time Republicans are using it as a rallying cry to keep most of the federal government closed.

Meanwhile, back in my home state of California, the exchanges relied on old-fashioned fabrication to tout their success:

California’s health insurance exchange vastly overstated the number of online hits it received Tuesday during the rollout of Obamacare.

State officials said the Covered California website got 645,000 hits during the first day of enrollment, far fewer than the 5 million it reported Tuesday.

The state exchange had cited the 5 million figure as a sign of strong consumer interest and a major reason people had so much difficulty using its $313-million online enrollment system.

Dana Howard, a spokesman for Covered California, said the error was the result of internal miscommunication.

“Someone misspoke and thought it was indeed 5 million hits. That was incorrect,” he said.

Still, it was better than the numbers for Louisiana: Louisiana’s top health-insurance provider said that not a single person enrolled in a new health-care plan offered through the Affordable Care Act on its first day.The background details are disturbing:

According to the newspaper, the company spent $60 million in preparation of the October 1 rollout, but the website continued to stall on the day of its rollout. One interested applicant spent five hours trying to get onto the site, but eventually resorted to calling a customer-service representative and was told she would receive plan options via e-mail.

But given that 55 percent of President Obama’s twitter followers are fake, the results are consistent with the tendency of Team Obama to paint a picture of success by using false numbers.

Read: Our privacy is now open to all and so are our bank accounts.

Whatever you think of goofy McAfee I do believe that these websites are totally insecure and should not be used to input your private info.
cindy wity ‏@WityCindy

Yes, it’s remarkable that more people weren’t logging on to expose their most personal medical and financial information to the frauds and thieves waiting impatiently to get a look at it.

Sally, maybe that was the plan from the start –
steal ALL our money!

I could understand it if just one system was defective; I am not condoning it or giving it a pass. But this “system failure” seems to be widespread, it is not just in the national system but in the individual states’ systems as well. What’s up with that?

And for those people that make it on to the various pages and review the information, many probably really do want to get covered, especially if they have a preexisting condition and want a higher level/quality of care: Why aren’t many more of them clicking the “enroll me” button?

” Why aren’t many more of them clicking the “enroll me” button?”
Because the plans cost a fair bit of money and have sizable deductibles. It is far better to wait until you get sick and then pay a small “penalty” fee at the hospital. Then when you get better, drop coverage.

Let’s be realistic: these websites are contracted by government without a “profit” motive. When that’s the case, you’re very lucky if something works right.

This is human nature and it cannot be repealed.

plus Obama’s minions can’t do SQUAT!

I believe Obama has had more success killing people through his Fast & Furious operation than he will ever have saving lives with ObamaCare.

Lies, damn lies, and statistics, and now web traffic data. All manipulated to prove whatever spin is being used at the moment.

Here’s another spin to look for in the days ahead. These furloughed government workers won’t get counted as unemployed (which they shouldn’t), yet I’ll wager they get counted as jobs created when they return.

Funny but true! I listened to an interview on the radio yesterday of a gal from the EPA who was furloughed; she told the reporter that she had to file for Unemployment Benefits because of the shutdown!!!

5 hour wait times out the gate!

Yeah- that’s a harbinger of things to come.

The ObamaCare Number is 1-800-F1U-CKYO. Easy for the LIV’s to remember!

I tend to shy away from conspiracy theories, but the numerical odds of this occurring at random is astronomical. That was no accident. IMHO

Here are the other possibilities for that number, which really there are none other than dual, duck, and ducky:
http://www.dialabc.com/words/search/index.html?pnum=fuckyou&dict=american&pad=na&filter=normal&mtcontinue=Find+Words

I just had to try the number, but without the “1” and finished with a “u”

I guess since the complete number was already taken, O’s minions did the best with what was available. LOL!

It wouldn’t be the first time – True Story: the last four digits to the phone number for my high school were (still are) 3825 – which can spell the slang term for “coitus.” Needless to say, the high school’s phone number was a source of mirth for the teenage student body ~

Because I am from Texas, I was not inclined to take Louisiana’s zero number too seriously. The state’s response to Hurricane Katrina was typical of that state, and I would not expect Louisiana’s web site to be functional on the first day.

Maryland is another story.
http://www.delmarvanow.com/viewart/20131003/NEWS/310030066/Md-health-exchange-website-still-has-troubles

Maryland is the land of good gummint. And they are SO proud of their gummint. I would have expected them to be up and running and strutting their numbers. According to the article, the problem is not with the website, which had over 100K visitors in the first two days, and less than 100 signed up. They think they are going to get 100k people the first year on Obama care. The state has 800k uninsured people.

So. All this expense to insure 1/8 of the people currently uninsured.

MD will insure 12% of the currently uninsured. But how many new uninsured will they gain thanks to companies dropping insurance, dropping jobs, and/or the massive premium hikes in existing plans?

I suspect the final numbers will be fewer insured than before this clusterf*** started.

That train wreck will henceforth be know as……

(Sorry, sorry! Wrong site! I’ve got too many going on at the same time!)

I just checked what I would have to pay for my family if I lost my employer insurance.

Even the most basic coverage with the same insurance company is over 3 times what I currently pay. Add to that the out of pocket expenses and what is the point of even having insurance. Repeal it now.

IMHO – whether people can sign up isn’t the “test” – I’m more interested to see what happens when people start trying to USE their Obamacare.

Seriously, when’s the last time you got out of the Dr’s office with zero hiccups regarding what your insurance does and doesn’t cover – or without getting a letter a couple of weeks later about a covered item, not being covered – once you call in, they find the “error” and if you’re lucky, fix it the first time.

Progress! I got one page closer! Before, I’d click APPLY and get nothing. Now, I hit APPLY and I get this page:

“We have a lot of visitors on the site right now.
Please stay on this page. We’re working to make the experience better, and we don’t want you to lose your place in line. We’ll send you to the login page as soon as we can. Thanks for your patience!”

Uh, it’s not ‘patience’ when a law like this is rammed down my throat like it or not. It’s forbearance in the face of tyranny. And don’t thank me as if you’d asked me politely for it in the first place.

I have heard that the computer programs being used can’t do the job. I read an article some months ago by an IT expert who said it would be very time-consuming to write a program that would let people put in the necessary information and get enrolled. He said that as far as he knew, no one was working on such a program.

I don’t know whether this is true or not.

To Henry Hawkins: I’m also from NC. As of Friday, the website is not working. I finally called the 1800F**KYO hotline and got the same guy I got the first day open enrollment started who sounded drunk or high, slurred speech and was totally useless. Both times he said, “Have you tried to enroll online?” Hello. Have you not been watching the news? The website is down in all 50 states. I think the ppl they have hired to run the help desk have no skills in trouble shooting and are reading from a script with number 1 being “Have you tried to enroll online?” Did you know you can request a paper application? I just found that out today and I asked this drunk guy why there isn’t a link on the website for you to cilck to request a paper app? You know why? If 30 million uninsured people swamp Washington DC with old fashioned paper and pencil applications they will be up to their eyeballs in old fashioned work. I hope they get snowed under and I hope it keeps the Federal gov/t shut down through March 15, 2014, the deadline for all Americans to apply for Obamacare.