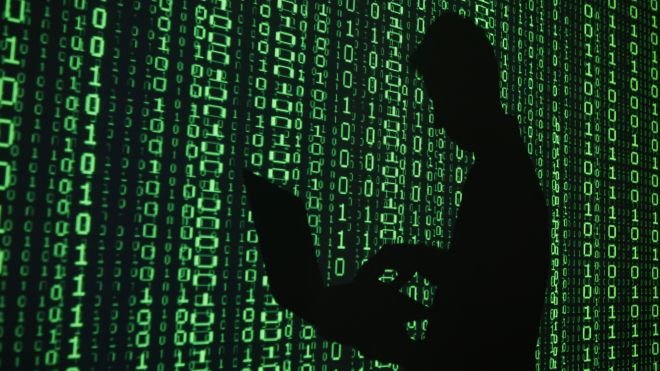 A 38-year old Kentucky man has been sentenced to five months in prison and two years probation after hacking into accounts on the SodaHead.com social networking site to change comments that held conservative views*.

His lawyer dubbed him the Robin Hood of pranksters. Federal prosecutors characterized him as a computer hacker engaged in cyberbullying.

And a federal judge found him in violation of the Computer Fraud and Abuse Act and sentenced him to five months in prison and two years on probation. Michael Pullen has to report on Oct. 21 to a federal work camp in Ashland.

What got the 38-year-old father of two from Dry Ridge in trouble was breaking into people’s accounts on the social networking site SodaHead.com and changing posts that espoused conservative views.

Pullen said he would replace posts he considered racist or homophobic with something like, “I’m super fancy. Why don’t you call me fancy pants?”

Pullen became a prolific user of SodaHead.com after being laid off from his job in 2009, according to Kentucky.com.  He said he became concerned with the tone of some of the comments.  After starting out by debating his points and posting comments legally, he eventually learned how to take over accounts and decided to change the comments himself.

“I would go in there and poke holes in their arguments,” Pullen said.

After a few months Pullen learned how to take control of other users’ accounts by exploiting a known bug in SodaHead.com’s software. That’s when he realized there was an opportunity for some tomfoolery. Pullen said he targeted the accounts of people who are intolerant of others.

“They were saying these devious, dastardly things like, ‘I can’t wait for the second Civil War so I can shoot me a liberal,’ ” Pullen said.

Pullen claims that he only hacked into others’ accounts for two weeks and that “it was all just meant to be funny,” according to Cincinnati.com.  “I never meant to hurt, in any way, anybody. It was just kind of tweaking these folks – popping their balloons, so to speak.”

But a former director of technical operations at SodaHead.com who testified at Pullen’s sentencing said that had the actions continued, it would have posed a threat to the company, according to Kentucky.com.  “We realized it could kill our business,” said Arthur Clements, who is now a contract employee for SodaHead.com.

One outspoken critic of the the Computer Fraud and Abuse Act (CFAA) said the law was actually properly applied in this case, though it’s unclear if Pullen’s actions caused any actual harm.  From Kentucky.com:

Eric Goldman, a Santa Clara University School of Law professor and director of the High Tech Law Institute in Silicon Valley, is an outspoken critic of the Computer Fraud and Abuse Act, known as the CFAA, but said it appears to have been properly applied in Pullen’s case. But, Goldman noted, it isn’t clear if Pullen’s games were harmful.

“This is a fairly straightforward application of the law,” Goldman said. “We might want some type of restriction against accessing someone’s private space on a computer — even if it is done as a prank. There was probably some teeth gnashing, but what other damages were incurred from his intrusion?”

Pullen’s attorney meanwhile has said the case is “an enormous waste of taxpayer money.”

In addition to prison and probation time, Pullen was ordered to pay $21,000 in restitution to SodaHead.com.

* I should probably note that “conservative” is the label that’s been attributed in news reports. Other than those cited, I haven’t seen the actual comments or the original commenters, so it’s not known at this time if the commenters identified themselves as conservative.
More Sharing Options

Good. Another stupid liberal scumbag who thinks the rules don’t apply to him because he is a superior individual.

Nice that he will get a chance to try out the work camp to which he would gladly consign conservatives if he had the power.

“Good. Another stupid liberal scumbag who thinks the rules don’t apply to him because he is a superior individual.”

I’m actually dumbstruck that the Feds actually prosecuted this case against someone who was defacing comments left by ‘conservatives.’

There was actual harm when he broke into other peoples accounts. That is very clear.

I wonder if he’ll be “Mr. Fancy Pants” in the Federal Pen.

Not something he’ll advertise, I surmise.

According to a quote (excerpted above) attributed to Pullen at Cincinatti.com, he said, “I never meant to hurt, in any way, anybody. It was just kind of tweaking these folks – popping their balloons, so to speak.”

That rationalization is remarkably similar to that used by the perpetrators of “The Great Oberlin College Racism Hoax of 2013”. One of those perps said they were only trying to “troll” for a reaction.

The whole lot of ’em are such wonderfully swell people.

There was probably some teeth gnashing, but what other damages were incurred from his intrusion?

Oh, I dunno, dude, you’re the lawyer. How much does damage to one’s reputation, even in an online medium, cost?

And just because you can’t see the cost doesn’t mean there isn’t one.

“Fancy Pants” was an excellent comedy Starring Bob Hope and Lucille Ball.
This guy is something that Bob scraped off his shoe during filming.

The road to Jail is paved with good intentions.
Lots of folks where he is going like to poke holes too,
hope he enjoys being on the receiving end.

I doubt he poked holes in many arguments, not with a brain that must resemble a large wheel of Swiss Cheese.

“Michael Pullen has to report on Oct. 21 to a federal work camp in Ashland.”

Am I the only person who is unnerved by the fact that there are “Federal work camps” to which one can be sentenced?

For an a-clown who hasn’t worked since 2009 the punishment seems fitting.

Ouch. I did not notice that.

Does the sign above the gate have something in German?

A federal work camp is a minimum security prison where inmates are given jobs instead of vegging out in their cells all day. FWIW most federal inmates will jump through hoops to get transferred to one. They get paid, at most, about a half a buck a day.

If you ever found yourself sentenced to time in custody of Uncle Sam, you’d be delighted to find yourself in a work camp (a.k.a Club Fed) rather than a pound-me-up-the-ass penitentiary.

Typical liberal wanting to silence views he doesn’t agree with. There are many college administrators, professors and students who do the same thing just not online but thru intimidation and threats. This man did do harm to his victims and to Sodahead.com. What a great role model for his 2 kids they must be proud.

Of course he did! His wit, intellect, insight was SO superior that he then went back to act like a 10 year old kid!

Another disgusting, full-of-themself liberal. Totally in denial. This man was mean, insulting, creating fraud, and displaying intolerance. Five months out he won’t be any different. He needs five years – in solitary.

This guy lends insight to the troll mentality.

In what way, exactly, are ” ‘racist or homophobic’ ” posts characteristic of ” ‘conservative views’ “?

I was there and saw what he did, & there was no rhyme or reason to it and these claims are completely bogus. He got off on harassing and bullying. (and thinking how clever he was compared to anyone else) It was about him attacking those he disagreed with period. The more effective of a communicator one was, the more he and his band of roving Alinsky tactic bullies hated on them.

It’s a sort of social fascism, isn’t it?

The K-Y “man” has 5 months to make somebody a good wife.

I have come to the conclusion that progressives, far from being warm and fuzzy, have a mean streak.

Professor (or Mandy or whoever), thanks for the Judds this morning. Nice start.

Problem on Soda Head… progressives are in control of moderation! Just check out their two main blog contributors. They are 25 something year old liberal females who have even MORE liberal friends on the site. So IF you say something in defense for their attacks on you, it will get submitted to these two liberal moderators and you will be gone! I just wonder IF the owners of Soda Head know this. I have first hand knowledge of no fewer than FIVE Conservative and Constitutional bloggers who have been KICKED off for very, very minor reasons!

Old Salt, hey there… I can back you up on that. The lefties roam around pushing buttons, (often hidden as conservatives to spy on real conservatives) and then mass report when someone finally has enough and snaps off at them. I know way more than five. I’ve been on there since right after they first opened. There is no telling how many conservatives have been ran off by their insane games. And some of them truly are insane.

It is my experience that Soda Head is controlled by very, very Liberal moderators. SO…. IF you are a conservative, get ready to deal with Liberal 25 year old females who are controlled by Progressive and Liberal members who will attack you! Should you make the mistake of “attacking back,” you will find yourself Deactivated and not allowed back on the site! It’s a shame. It really could be a GREAT site for exchanging opinions. But when they put so much control to these Far Left Liberal moderators, it becomes rather frustrating to speak up for what your opinion might be! But what else would one expect by a California based liberal “think tank?”

Was there during the whole thing before and after. First without revealing how, they (meaning him and his band of roving Alinsky thugs) were so obvious that I was able to figure out it was them just from the front side. I hope Soda went after all of them not just him. – Skinny Mojo was one of the most hateful liberal useful idiots I’ve ever come across in all my time online. Poke holes in arguments? Please, the only hole he’s ever poked had nothing to do with being on line. He had no argument – only BS, bullying, and Alinsky tactics. The one thing that surprised me on the youtube video I saw of this, was how old he was. I seriously thought I was dealing with one of the Ofraud diaper babies not a grown man. Well Skinny your Mojo just ran out and all the hate you threw is coming back at you just as it should. Karma sucks when you are an A – hole.

Fight against the exorbitant restitution and the ridiculously long prison time! Please sign the petition!!