Cardassians versus Israel at U.N.

Cardassians versus Israel at U.N.

Once again Israel will be judged by the hypocrites at the U.N. Human Rights Council 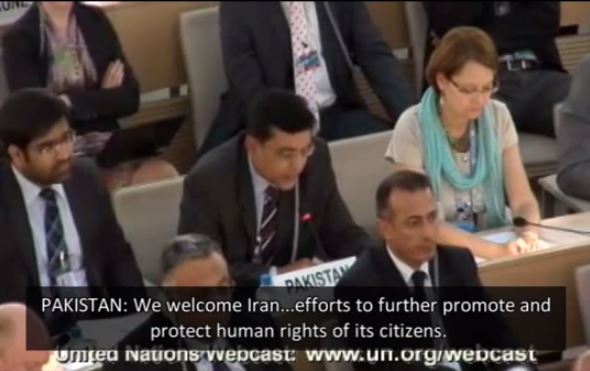 In the more recent iterations of the Star Trek television show, there were villains called Cardassians. They were even more ruthless than the Klingons.

They also had a remarkable justice system as is shown in the following dialogue:

Gul Dukat: In Cardassia, the verdict is always known before the trial begins; and it’s always the same.

Commander Sisko: In that case, why bother with a trial at all?

Gul Dukat: Because the people demand it. They enjoy watching justice triumph over evil, every time. They find it comforting.

Commander Sisko: Isn’t there ever a chance you might try an innocent man by mistake?

Commander Sisko: I’ll have to remember that.

When reading Anne Bayefsky’s latest account of the machinations of UN Human Rights Council, it’s hard to think of a better analogy than the Cardassia’s predetermined verdicts.  Israel is scheduled to sit before the UNHRC and be subjected to its Universal Periodic Review (UPR), here’s how it works, as Anne Bayefsky explains:

As the UPR theory goes, once every four years the Council spends a few hours talking about the human rights record of each UN member state. The process has a number of stages. The country under consideration sends representatives to make some speeches about its terrific human rights situation. Other states are each given no more than two minutes to comment and make recommendations for improvement. The state concerned voices its acceptance or rejection of those recommendations. NGOs – including phony NGOs sponsored by governments – are allotted a limited time to make comments. And then the recommendations – and the government’s rejection of any of them – are put into a report which is perfunctorily “adopted.”

In practice, the UPR looks like this. A very large number of friends of each rights-abusing country line up to praise its human rights record and generate a long list of faux congratulatory recommendations which can be easily “accepted.” The favor is repaid when their pals’ turns come along. These states then announce that serious recommendations “do not enjoy their support.” The praise and the rejections, all get included in a report that contains no findings and no conclusions, and there are no decisions to take action.

The UPR has faced the acid test of dealing with a country committing crimes against humanity, namely, Syria. The spectacle of the Syrian UPR included Burma saying it “congratulates Syria for its successful efforts to create advanced health care for its people.” While Venezuela “wished to reiterate its unambiguous support to the significant efforts that President Assad is making to preserve his country’s stability when faced with the onset of greedy imperialism.” Following the UPR, the killing escalated.

Despite the cries from the human rights industry, that Israel’s boycott would somehow irreparably harm the process, and allow serial rights abusers to evade responsibility, in practice, as Bayefsky showed, the UPR does nothing to stop abuses or even reduce them. 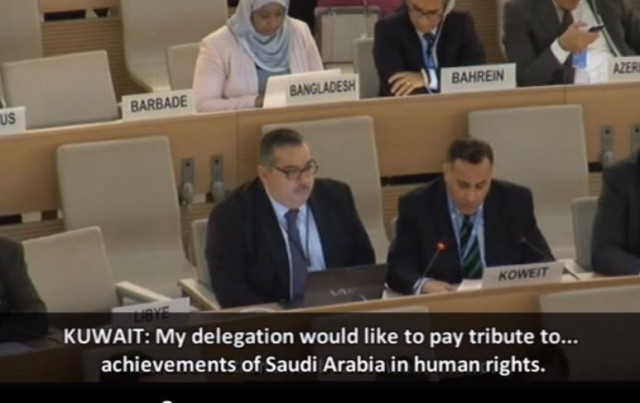 Israel’s boycott pointed to the bias of the fatally flawed UNHRC. Israel is the subject of Agenda item 7, a perverse requirement that any discussion of human rights also include a discussion of Israel.

Israel agreed yesterday to submit to the UPR in return for limiting the application of Agenda item 7 and consideration to be included in the UN’s Western Europe and Others Group. Currently Israel is excluded from all working groups due to the institutional acceptance of antisemitism at the UN. (Geographically it should be in the Asia or Africa group.)

NGO-Monitor lately has documented the degree to which Germany – both the government and foundations – fund anti-Israel NGO’s. Part of the UPR process involves the testimony of stakeholders, in this case, NGO’s. Among the German funded NGO’s are Adalah and Miftah, both of whom are listed as stakeholders.

In short, Germany’s saying, “Go stand for trial; we’ve paid for the witnesses against you. But don’t worry.”

‘it is disappointing that President Obama did not stand up for Israel.’

Disappointing but not surprising.

Were the Cardassians shamelessly materialistic, have huge butts, and enter into lots of fake, made-for-tv marriages? If so, they may have some American cousins living in California.

Sounds like someone’s been keeping up with the Cardassians.

In the case of the United States it is disappointing that President Obama did not stand up for Israel.

David, have you been smoking unfiltered tobacco? Please note how I have restrained myself from asking you if you’re crazy. Please, do tell, what has Obama done to incline you to think he has warm feelings for Israel and would stand up for her? It must have been that bit of respectful generosity he demonstrated when he went in to dinner and left Netanyahu to think over something as though he were a bad boy in the dock.

Tell me Israel, no matter what the USA and Germany say, is not so stupid as to go to that joke called the UNHRC to be dressed down by thugs who wouldn’t know a human right if it bit them on the arse.

Juba Doobai – I was being nice. I was trying to point out the President’s unfaithfulness to Israel, given there are plenty of folks who claim that Israel has no greater friend. I could (and, perhaps, should) have been harsher.

One last thing, the Cardassians were the bomb. They had intrigues, plots, counterplots, subplots, and marplots everywhere. Israel would do well to take a lesson from them about dealing with the enemy.

I view Obama as more of a Klingon; after all, his battle cry is:

“Today is a good day to lie”

You’re obviously a racist because Klingons are black.

This is true. Hahahaha! 😉

I initially thought you misspelled Kardashians which is why I glazed over this one.