And in the far corner, Andrea Mitchell for the President

And in the far corner, Andrea Mitchell for the President 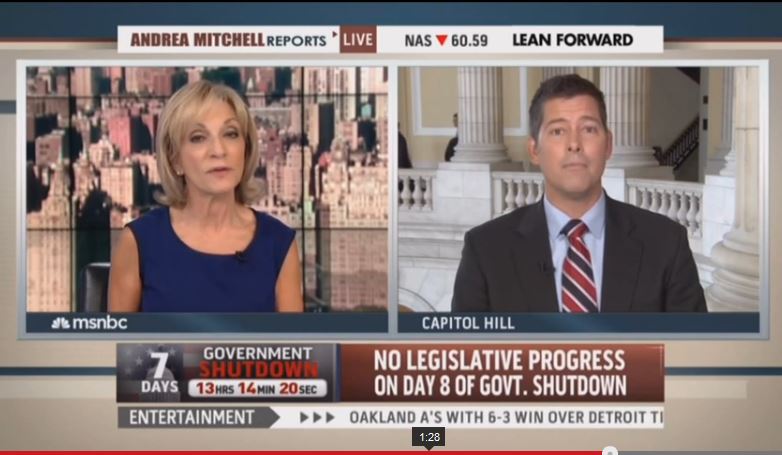 This video pretty much epitomizes how the mainstream news media fights to protect Obama and Democrats.

Andrea Mitchell argues with GOP Rep. Sean Duffy as if she were Obama’s press secretary.

This is not an opinion segment — I have more understanding when Ed Schultz or Chris Matthews pulls this stuff. Andrea Mitchell is supposed to be a news person.

Here’s the key portion (you can view the whole thing here):

I thought she was……Secretary of Pressed Meat!

Pressed Meat = loaded with salt &preservatives…who knows what is used as a binder….the meat is just left over parts…

So would that be the Blue corner or the Red corner? 😉

Isn’t it the purple with green polka-dot corner?

He won the debate. Funny, when he gave her facts she looked so confused. Bless her heart!

My God in Heaven she’s grotesque. She looks like she applies her makeup with a baseball bat!

AnDEERa caught in the head lights!

Andrea “all the pretty things must die!” Mitchell is one of the more obvious people who threw away their impartiality credentials as a journalist to become a pure commentator.

It has become so common place that no one even notices.
A Republican Senator or Rep. on one side and a media member debating the other side. No longer a Republican vs. Democrat politician, just a media mouthpiece.
Last night it occurred to me when I saw Sen. Ted Cruz debating Chuck Todd instead of having a Dem. Senator give the opposing view.
No pretense anymore, it is the GOP vs. Dems and media.

It rarely happens, though; leftists thrive in darkened rooms, behind closed doors. As soon as the lights come on, they scatter.

*sigh* A guy can dream, though.

Ms. Mitchell does not appear overly bright. I think she actually believes what she spews. Though physical beauty ought not be a requisite she does not own it, nor is she bright or knowledgeable. Why does she have a job? It must be a willingness to abandon all principles and toe the party line no matter what.

Because she’s married to Alan Greenspan.

She’s beginning to look more and more like her husband too.

It’s msnbc there are no news people.

There was a further exchanged in the interview:

DUFFY: “Why do you want your own health care and you won’t join us in ObamaCare?” That question I haven’t seen anybody ask on MSNBC. Please ask it, because they don’t have a good answer for it. But in regard to actually-

MITCHELL: Well, I think the response would be – the response that Kathleen Sebelius gave to Jon Stewart was, “If we had gotten what we wanted, which was a single-payer plan, this wouldn’t be the problem.”

There is a major problem with this. Democrats were in a position to write and pass Obamacare without a single Republican amendment or vote. If they wanted something else, they should have passed something else. It is their baby and it ain’t nobody else’s fault is it so damn ugly.

The short and long of it: Andrea Mitchell is a piece of excrement, and should be treated like one.

If they had passed “Single-Payer” like she suggested the House and the Senate would be controlled by the Repuglitians and it would have been repealed even with a Presidential Veto!

We might even have a Repuglitian president right now.

(No disrespect to the ever adorable Pug canines!)