Obama Press Statement on Shutdown, but how much really shuts down?

Obama Press Statement on Shutdown, but how much really shuts down? 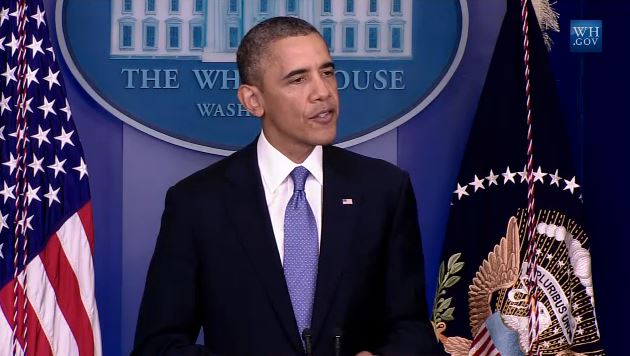 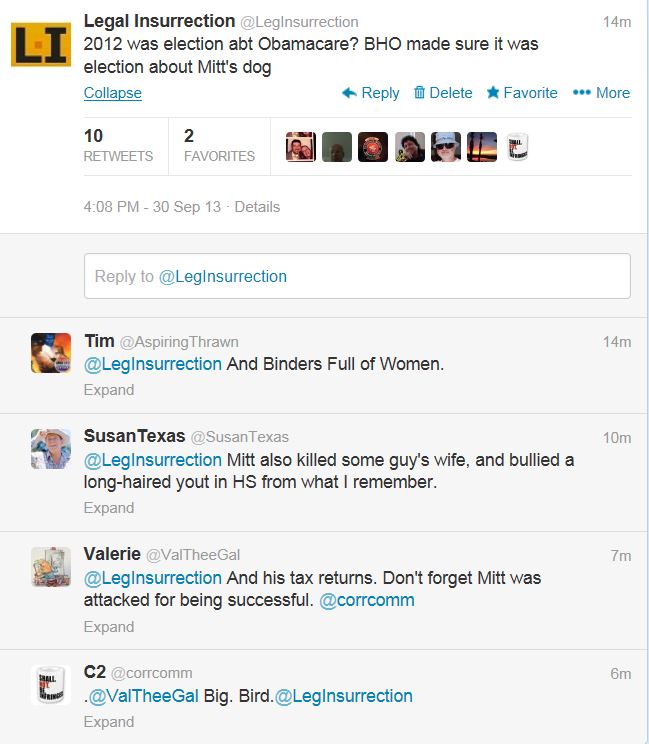 Update: This National Review post lists all the things that do not get shut, and it’s quite a long list, Not Actually a Shutdown.

"The federal government is America's largest employer." <- that's a problem

Obama: 1 faction of 1 party in 1 house of Congress in 1 branch of govt doesn't get to shut down govt just to fight the results of election

With Obama speaking now, this is what worries the Republicans who remember '95 shutdown: The biggest megaphone wins.

—————————
While you are waiting, be assured that the Shutdown is not really a full shutdown.  For examples, the federal courts will be operating as usual tomorrow: 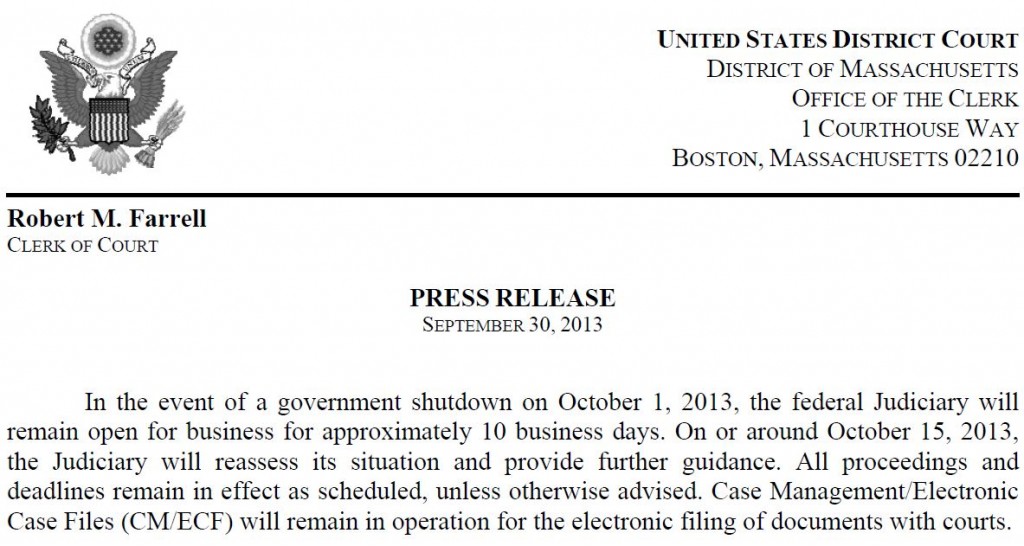 As usual, we let the left win the argument when we allow them define the terms. If you control the language, controlling the argument is an easy task. It’s too late to educate the public on this point before tomorrows “shut down” but if we get through this there may be time to redefine what happens when the government supposedly shuts down.

If anyone has a link to all the things that will NOT be shut down, please post in comments.

even at the brink, nobody wants to be anti-troops. Senate unanimously passes bill to make sure military will be paid; House already did same

Just enough of a shutdown to have some tear-jerker tv shows spotlighting the cruelty of the GOP. Maybe even a dead child, if the Democrats can arrange that.

Certainly not a problem for Democrats. Their Planned Parenthood can supply as many dead children as the Democrats may want.

SANDRA FLUKE MIGHT HAVE TO BUY HER OWN BIRTH CONTROL YOU GUYS!

No, Obamacare is still the law so insurance companies must pay for birth control.

Though I wonder if the people who cannot wait to get their free birth control realize that that “private” information will be conveniently stored for later data mining.

Not nearly enough of it.

You know, if the Senate ACTUALLY PASSED A BUDGET, we wouldn’t be having these yearly debt crises.

And Professor, Why did you have to embed the President on Autoplay? UGH. I can only stand to hear him lie once per day.

Then you can stand to listen to him once more each day than I can.

IT’S ALL THE REPUB’S FAULT.

Just because the whole country knows this legislation is a dog, and the Democrats refused to write something that made sense, or turn it into something that makes sense is no reason to think that it’s anything but ALL THE REPUB’S FAULT.

Here’s your friendly neighborhood Liberal and former pull-the-lever Democrat waving a salute with all five of my fingers.

Valerie please call them the “friendly neighbourhood Marxist or Leftist.” Liberal has a different meaning.

“Obama: 1 faction of 1 party in 1 house of Congress in 1 branch of govt doesn’t get to shut down govt just to fight the results of election.”

Yes, they do, if they control the power of the purse.

That’s a point that needs to be repeated: ‘the power of the purse’ – that is, the power to fund or not fund – is specifically delegated to the House. Not the Senate, not the Court, and certainly not the president.

Vital services that seniors and veterans, women and children, businesses and our economy depend on would be hamstrung. Business owners would see delays in raising capital, seeking infrastructure permits or rebuilding after Hurricane Sandy.

Veterans, who’ve sacrificed for their country, will find their support centers unstaffed.

Tourists will find every one of America’s national parks and monuments, from Yosemite to the Smithsonian to the Statue of Liberty, immediately closed. And of course the communities and small business that rely on these national treasures for their livelihoods will be out of customers and out of luck.

The way he said that, it was like he was gloating. “Take THAT, peons!”

I used to think it was slightly overwrought hyperbole, but… he actually does hate America, doesn’t he.

Everything stated has another solution. For example, the Smithsonian could charge an entrance fee for visitors. It would raise enough cash to keep staff. Building permits should not be handled by Federal anyway (not even in my country should building permits be handled by Federal)and the States could administer the same without Federal interference, the way it is supposed to be in the USA.

With regard to raising Capital for financing of business purposes, well, that should be done by banks, merchant banks etc. and Federal does not need to stick its nose into private business.

There is no need for Federal to be involved in health matters. Sandra Fluke can find the money to provide for her own birth control pills. It is a private expense,not one a taxpayer should fund.

However, the biggest cuts should be for entertainment at the White House. No more extravagant nights for celebrities. Such functions should only be for visiting dignitaries. The cut to such functions would save a lot of money. I would suggest the holidays in any other location than Camp David should also be limited to one per year. Again this would be a very big saving.

There are lots and lots of ways that money can be saved.

The new Australian government has been leading the way, with the new Foreign Minister, Julie Bishop refusing to fly first class, a saving of thousands of dollars, plus she reviewed the choice of accommodation in New York City another saving of thousands of dollars. The new government here is run by the Liberal-National Party Coalition. They are conservative and not Marxist (we threw the Marxists out on their ears).

Yes, he does hate America, and he is doing a good job of destroying it. Aided by the lapdog press and the ultra-liberal education apparatus he is running the table. However, Ted Cruz.

Yes, he does hate America.

The “shutdown” will result in domestic terrorism, led by the White House. Terrorists attempt to disrupt the daily lives of the populace–to prevent people from getting the essentials for a normal life.

The white House occupants will selectively eliminate whatever they think will hurt people the most. To terrorize the populace into following their mandates.

Obama: “I think it’s important that everybody understands the federal government is America’s largest employer.”

I think so too. I think it’s important that every American understands that the federal government is America’s largest employer. Finally, we agree on something.

Unfortunately, right now House Republicans continue to tie funding of the government to ideological demands like limiting a woman’s access to contraception

He’s setting the #WarOnWomen stage for the narrative that the GOP shut down the government because they don’t want women to be allowed to use birth control.

Now he’s implying that the reason the PandaCam got turned off and our troops won’t get paid and Granny is going to starve, is because Republicans are against birth control.

Since the government workers who are furloughed will eventually be paid for their time off, they should return to their posts and continue to work. This “government shutdown” is a farce.Those people are on a paid vaction!