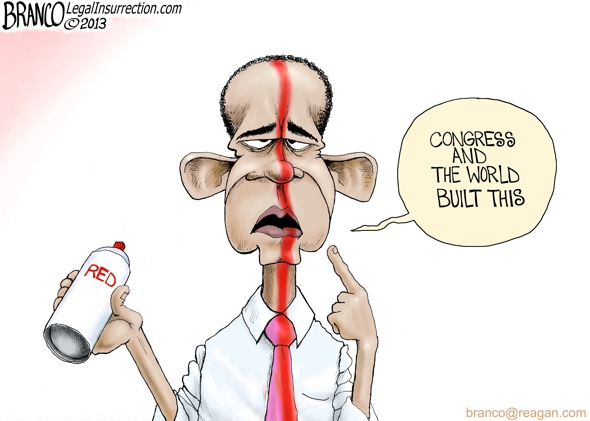 I am going to repeat a comment by an earlier poster because it was so perfect here.

“If you have a red line… you didn’t set that. Someone else built if for you!”

Anyone else any anything else about this from NoQuarterUSA.Net?

It is highly unlikely that the Syrian Government authorized and ordered a chemical attack using the nerve agent Sarin against rebel strongholds in Damascus on the 21st of August. It appears that this incident was carried out, at a minimum, with the complicity of the United States and Great Britain.

An old friend who is well plugged into the area shared with me today that he learned of a meeting that took place on 15 August on Turkey’s border iwth Syria. It was between a Senior Turkish intelligence officer and a rebel aligned with the Free Syrian Army. A CIA officer also was attending but not “participating.” The rebel rep pressed for an urgent supply of weapons and announced, “there will shortly be an event that will lead the United States to strike inside Syria.”

Six days later we get this first news flash:

Anyone else SEE any anything else about this?
(Sorry pollen time is here again!)

Just knew the RED line would finally show. Neo-Marxist that he is!

Yes DATS ME, NSA. I typed that. Look me up! (you may have already done so..WEENIES!)

With all the commenting that I’ve been doing lately, I wonder just how much I’ll be frisked prior to my next flight…