Your economy.  Try growing it.  It’s the only chance you have left in Obamerica. 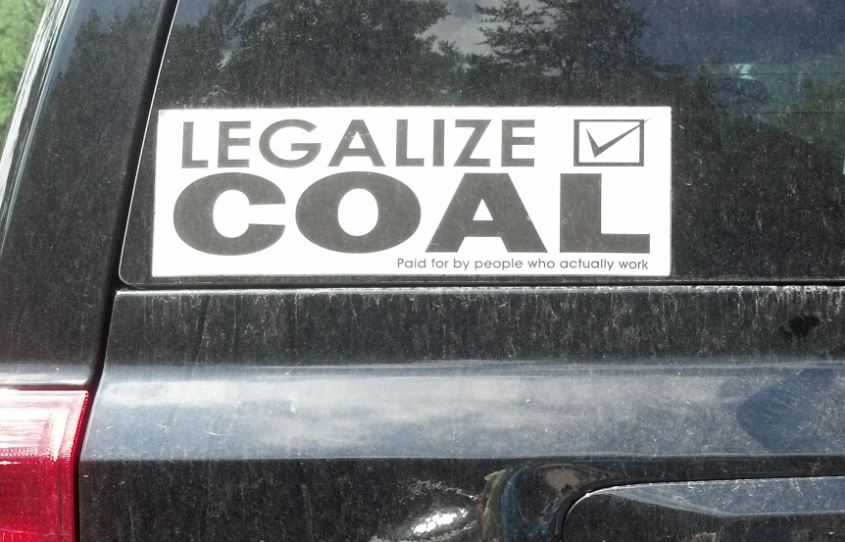 Don’t ask, don’t tell about coal; it belongs to the MB; it provides jobs for illegal aliens; they’ve found a way to make coal a failing green business. These are all reasons Obama will throw taxpayer money at it.

Coal provides for much of America’s energy needs. It provides good jobs for thousands of American men. It is an American resource. It doesn’t need taxpayer dollars to say afloat. These are all reasons why Obama is seeking to put coal out of business.

It is hard to wrap your head around, but…

this is the economy Obama wants.

He is not incompetent. The law of averages would have him doing SOMETHING right if he were merely incompetent.

This is by design.

Obama is being a disciple of Rev. Wright, and is just acting on his church’s message, which he obviously absorbed over the twenty years with Jeremiah as his mentor.

That message was “God Damn America” … Obama heard it loud and clear, despite his denial. He lies.

El Chapo Guzman made Forbes list of billionaires, and was reportedly looking to “hire” 100,000 dopey dealers Trayvons in Chicago. Other drug cartels are also establishing bases here. Only half the adults in the US even file taxes, and only 60% of those pay anything.

The drug business has high margins and is tax exempt (apparently), with free Medicaid and food stamps, maybe even welfare as side benefits. They got Al Capone for tax evasion, but Lois Lerner has her hands full targeting honest Tea Partiers. So party on Garth all you Trayvons, the new hero of the left.

“In my opinion, Guzman is the new Al Capone of Chicago. His ability to corrupt and enforce his sanctions with his endless supply of revenue is more powerful than Chicago’s Italian organized crime gang.”

the United States is the market place for the bulk of transnational criminal businesses engaged in human trafficking and the smuggling, distribution and sale of illegal drugs. Organized crime on this scale we are speaking about cannot exist without political protection.”

My insurance rates must necessarily skyrocket, because Obamacare (and Medicaid) must fund healthcare for the whole billion dollar underworld enterprise.

Same with coal, we produce electricity rather cleanly with coal. CO2 is not a pollutant, nor the cause of the mythical AGW. And we are the friggin Saudi Arabia of coal, and now perhaps of oil and gas as well. But despite that, Obama policy is simple “electricity rates will NECESSARILY skyrocket”.

Necessary for what ends?

This administration is full of urbanites who consider all suburbanites racist traitors for abandoning their cities. They simply can’t wrap their heads around rural life except as a quaint places to vacation- places that should be fossilized in amber for the future enjoyment of privileged urban masters.

How dumb are Obama’s urban crowd? Consider that Michelle Obama’s so-called “fresh food deserts” include large swaths of some of the richest agricultural land in America simply because people who live there may be more than ten miles from a supermarket! Where do the experts at the USDA think fresh food comes from? I don’t need a supermarket for fruits and vegetables. I grow my own.

They consider us the rubes. It will be interesting should they discover we can live quite well without their TV shows, ad campaigns and fashion trends. Can they live without the food we grow, the timber we cut, the minerals we mine and the energy we take from the earth?

We’re probably neighbors – I live so far up in the mountains of Western Carolina that even GPS can’t find me. I’m 18 miles from the nearest supermarket, and grow a lot of my own fruits and vegetables, too.

When I was in elementary school in the 1960s, acid rain from coal was the big environmental scare. We saw a few short films with scary music about it in class.

Now, you never hear about acid rain, but now they want to ban coal. Here in LA, the smog problem is nothing like it was in the 1950s and 1960s and acid rain seems no longer to be a problem but … now coal has to go???

Now that old groundswell has been co-opted by the “greens”, aka communists in disguise.

“If our grandparents once agitated to ensure that San Francisco Bay would not shrink in half because of landfills, or that there would still be stands of virgin redwoods along the California coast, our generation continues the heroic green struggle by bonding with a three-inch-long bait fish in the Sacramento–San Joaquin River Delta.

I think the term you’re searching for is “Watermelons.” You know, “green on the outside and red on the inside.”

Acid rain never WAS a problem. It was just another excuse for expanding government control over our lives. From the National Review

The NAPAP (National Acid Rain Precipitation Assessment Project) study published in 1989 – which took ten years and cost $500 million, the most comprehensive federal study ever undertaken — proved that acid rain was a minor nuisance and that passing expensive regulation would do little to address the supposed problem.

See also: New [2012] study confirms that nature is responsible for 90% of the Earth’s atmospheric acidity

But just as in other environmental hoaxes like DDT and “global warming”, being a leftist means never admitting that you’re wrong.