Today there are several pretrial motions and proceedings scheduled.

But the big event is the judge’s ruling on the Frye hearing as to whether the State’s audio experts will be allowed to testify as to the screams on a 911 Tape.  That ruling may be in a written order or given by the Judge from the bench.  We will have a separate post when that ruling is made. [Update — Judge indicates she’s still working on the Frye Order and it will come later today or over the weekend.]

This weekend I will post a separate wrap-up discussing what happened and implications for the case moving forward. Thanks for joining us! Check out our Day 9 end-of-day wrap-up  discussing the final jury selection and the insights the voir dire process suggests into each side’s trial strategy.  To see all of Legal Insurrection’s recent coverage of State of Florida v. Zimmerman, take a look at our previous posts.

(My tweets can be identified as coming from @lawselfdefense.)

The Frye standard requires that an expert’s methodology be generally accepted, and not new or novel, within relevant scientific community.  The court has been conducting a Frye hearing on Witness #11 911 screams over the last several weeks. The relevant portion of that recording can be heard here: 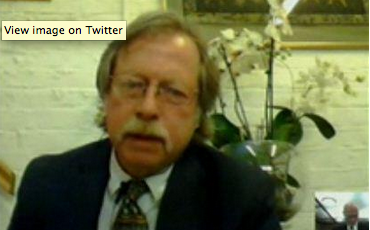 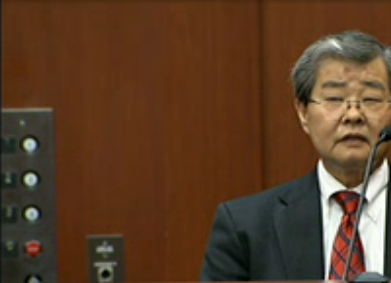 This issue is important to the case because the State believes that it is Trayvon Martin screaming in the background of the Witness #11 911 recording, suggesting that Martin was a victim of an act of aggression committed by Zimmerman. If believed, such a finding could profoundly undermine Zimmerman’s claims of having killed Martin in self defense. The State’s experts claim to have at least tentatively identified the recorded scream as that of Martin.

The defense experts, on the other hand, have adamantly contested any claim that it is possible to identify a person from a scream made in extremis, nor to exclude such an identification on the same basis.

Update: Some rulings by the Court on what the prosecution can say in opening statements:

Judge Nelson says YES, state can use all terms in opening statements EXCEPT "racial profiling" #Zimmerman

Judge: prosecutors may say #Zimmerman profiled #Trayvon but not that he racially profiled him.

Judge also is working on the Frye decision, which will be released in writing probably later today:

Judge Nelson's Frye order will apparently be in writing. Hopes to finish it today. #GeorgeZimmerman #TrayvonMartin

Every ruling by the Court is an invitation to error on the record, conditioning an appeal.

So…..nothing in Trademark’s record of very negative behaviors is to be allowed, but the State will be allowed to name-call the defendant. The judge’s position seems to be to keep out real facts but let in as much unfounded, biased rhetoric from the State as possible.

I will not be surprised to see this clearly biased judge craft some order that allows the State to present the voice “evidence” from their “expert”, Owens the snakeoil salesman, while placing some easily avoided, meaninngless restriction on it, just to make herself appear “fair”.

What happened to last nights wrap up, Andrew? I read it last night and thought it excellent. Now it has seemed to have disappeared. What’s up?