Looks like we’re heading for a good old fashioned Sunni-Shia showdown in Syria.

From The Times of Israel (article links here and here): 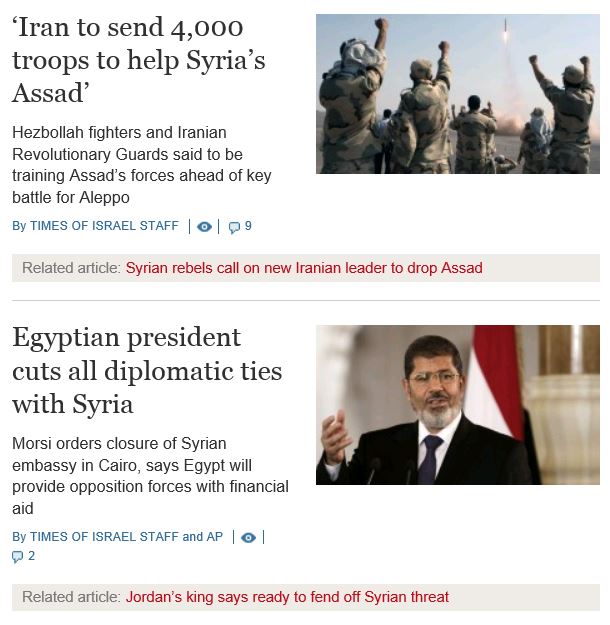 Unfortunately, the Sunni/Shia whirlpool may drag both Russian and American troops into the fight on the ground against each other. The potential for an actual Amaggedon is enormous.

WWIII? Weaselly Clark is not commanding troops again, is he?

This fight is like the Iranian Iraqi fight that we managed to stay out of, sometimes you wish both sides could lose. We best stay out of this one. Turkey, Jordan and Israel can prevent spill over on their own.

Sarah Palin is right, leave this up to Allah.

Allah’s in hell’s fire burning, or is that Mohammed and Allah is the vampire demon in charge of bloodshed? Anyway, she’s in rubbing her hands with glee over the blood she’s gonna be drinking from these nuts. Whatever, this her fight, let her sort it out and keep our troops away from these guys. Watch Sunni and Shia unite to kill Americans.

If this is part of the Pournelle Doctrine then it makes sense to put just enough arms into the hands of Syrian rebels to continue the fourteen hundred year proxy war between the Sunnis and Shi’a. Otherwise we’re just being schtupid.

Arm both sides and then shoot the last man standing. Allah AK47IBAR!

Where the hell is Morsi getting any money for “financial aid” to any one when his country is an economic basket case?

I must be the only one who isn’t clear on the political position and economic policy of the Rebels. As is so often the case in this region, these warring factions and competing regimes are either military dictators or have pro-Wahabi muslims in their ranks.

So we know Assad’s the bad guy.
But who are the rebels exactly? Are they a pro-US, pro-Israel, pro-Secular Democracy group with a clear orderly transitional plan or will the regime change be advantageous to the growing influence Islamic Expansionists?

It is pretty clear who the rebels are. They are supporters of Al Queda, they believe in mass slaughter of civilians, they hate Christians and Jews and they should not be getting any US aid.

“So we know Assad’s the bad guy.” No. He may be “a” bad guy, but certainly not “the” bad guy. “The” bad guy means the one who is the cause of all the bad in his country. Before the rebels started killing anyone and everyone who wasn’t on their side, he wasn’t rated as that bad a guy.

Fighting rebels who support Al Queda, believe in mass slaughter of civilians, and hate Christians and Jews may make you “the” bad guy in certain circles, like the US State Dept.

A 1400 year war between Suni & Shia is pretty intrinsic. Unless we are at end times , it is not likely to be determined by this .

So logically even though the Shia are numerically weaker they are likely to survive . Reasons –

Turkey may be out due to civil war.

Iran is quietly re organising ( as demonstrated by the smooth election ).

Western militaries are ineffectual as demonstrated by Afghanistan. They can win a few battles & skirmishes but not a war.

Jordan will sell itself to the highest bidder.

No one wants to go . I heard of one military person about to be sent for UN duty who was hoping to go to Sudan instead of Syria ! Man that is bad .

It is too difficult for people to keep up . In 2003 Sunnis were bad ( thank you GWBUSH ) & had to go. Now Shia are the bad guys . There is no public support .

No one likes Muslims.