It’s not a bumper sticker, but my sister in law sent this a few minutes ago. Her family is moving to Texas this week and leaving Taxifornia behind.

Yes, they were on the way out of LA when they took that pic this afternoon. They had been living in CA for roughly 25 years. 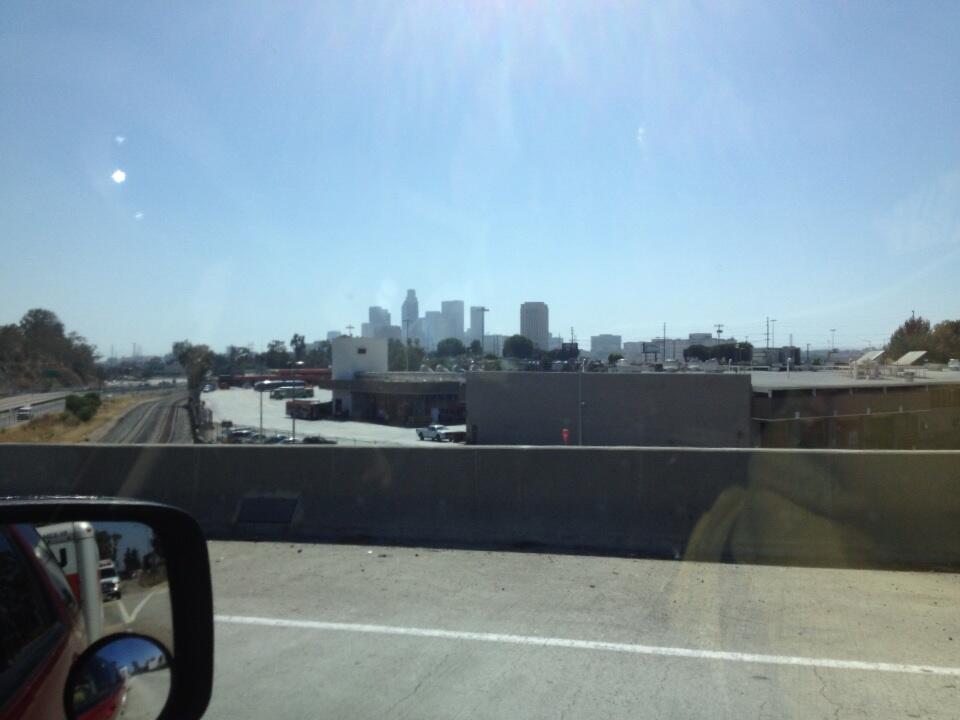 We are getting a huge influx of Californians to Tennessee. Some are coming because their employers are relocating. Others are just fleeing “the madness,” their term. Until the housing bubble burst, they were bidding up the local real estate market since they just could not believe something could be that cheap. Once they learn we expect our citizens to behave like adults, and that their neighbor is likely to have a gun, they turn out to be pretty good people.

Don’t trust ’em. They’re leaving behind the mess many of them voted for. They don’t like guns and they love government. Be careful that these Calimorons don’t screw up TN for y’all.

Not all of us, I’ve lived in San Diego county since 1977, am a gun owner and hate big government at every level… especially city hall. Please don’t paint us all with the same brush. It’s rather odd, I went to a very liberal college and the most liberal people I met came from outside the state. My friends who were raised in CA were among the most conservative. I’ve always thought the fruits and nuts moved here from somewhere else.

The problem with a lot of people that flee California is they continue to vote for the same type of people and idea that wrecked that state. Ask Colorado.

Or Washington. Or Oregon.

Yup. Oregon west of the Cascades is irrevocably screwed up by the influx of Californians who started moving here in the late 1970s to escape the insanity of California, and they brought it all here. They’re doing their best to screw up Bend, as well, but so far haven’t succeeded. The rest of Eastern Oregon is too remote and forbidding to be of much interest to them, so it’s still a swell place.

While there’s no doubt that of the 1,000s of Californians that moved to Colorado, most of them were REgressives, the real reason Colorado has so quickly turned into a socialist nightmare is due to The Gang of Four and their Colorado Model.

In a nutshell, 4 uber rich REgressives pooled millions of their dollars together and went after every under ticket race in the state. They finally succeeded in capturing both Houses of the Legislature and got a fooking super far far leftie elected as Gov.

The results? UnConstitutional gun laws, a total disregard for the death penalty LAW, a total capitulation to the idiocy of “sustainable” energy, in state tuition for illegals, driver’s licenses for illegals, same day registration and voting, legalized pot(Good Lord), and a host of other, FUCK YOU laws.

It doesn’t help that they had a head start with all the idiot new yorkers who infected bouldaire in the early 70’s.

I’m fully support locking down the Denver metro area and starving the urbane bastards. Let the fuckers eat their pot.

I wish them well.

We’re stuck in CT for at least a few more years, since my parents are here, and that’s a Godsend for dealing with the girls and all their various medical and other appointments, which always occur during regular work hours. But once they’re both out of high school….

[…] Californians Are Living The Dream: “Taxifornia” is catchy. Unfortunately I have to convince my wife that the scorpions a […]

But amnesty, we are told, will be an economic boon, with all those illegals moving out from the shadows to abandon cash under the table jobs for real jobs paying taxes. So if amnesty passes, California will be on the verge of an economic explosion of riches, with the opportunity for even higher taxes and more spending. It’ll be absolute heaven.

Heh… I hope that the straw that broke the camel’s back was not the proposed plastic bag ban ’cause if they’re by any chance moving to Austin, we already have one!

Yep, the city nannies voted it in now shopping is a real pain, the stores business has decreased by about a third since most people are now doing their bulk shopping out of town including me!

I just refuse to play the game…

Speaking as a Texan, tell them to go back.

We have enough Lib-tards from the ‘fornias who have moved to Texas for the benefits but who bring with them their horrid ‘fornia values.

From this WSJ story, it appears that the lights will turn off before the last person leaves California.

The upshot is that millions of Californians could soon experience power outages. As the state derives more of its electricity from renewables, it needs more “peak” gas-fired plants that can ramp up to meet demand when the sun isn’t shining and wind isn’t blowing—namely during dawn and dusk. Otherwise, rolling blackouts could ensue.