Uzbek national indicted in US for terrorism

Uzbek national indicted in US for terrorism

An Uzbekistan national legally present in the United States was arrested recently in Boise, Idaho as part of a federal terrorism investigation, according to an FBI press release from the Department of Justice issued late last week.

I took the liberty of obtaining and reading through both federal indictment documents.  While neither goes into a great deal of detail, what is provided is disturbing.

The Utah indictment essentially describes that Kurbanov was teaching and demonstrating in online videos how to make an explosive device, and that he “provided written recipes and verbal instructions, and conducted instructional shopping trips which informed as to the construction and use of improvised explosive devices” intending that the materials be used “to commit and further a federal crime of violence,” specifically in “bombings of a place of public use,” including public transportation, among other things.

The Idaho indictment further alleges that Kurbanov conspired with others to provide material support and resources to the Islamic Movement of Uzbekistan (IMU), a designated terrorist organization, and did so “in whole and in part within the United States.”

It should be noted that, according to the United Nations, Osama bin Laden supplied most of the funding to set up the IMU.  And the US State Department indicates that the IMU “in recent years has participated in attacks on US and Coalition soldiers in Afghanistan and Pakistan, and plotted attacks on US diplomatic facilities in Central Asia.”

The background of Kurbanov’s alleged activities is reminiscent of the very concerns that exist today regarding the known and yet to be discovered activities of Tamerlan Tsarnaev, the deceased Boston bombing suspect.

Below are excerpts of the specific language from both indictments.

From the Utah indictment, it alleges that Fazliddin Kurbanov:

constitutes a federal crime of violence, in that the defendant showed Internet videos, provided written recipes and verbal instructions, and conducted instructional shopping trips which informed as to the construction and use of improvised explosive devices (“IED”)…intending that the videos, written recipes, verbal instructions, and shopping trips be used for training in the construction and use of such explosive devices to commit and further a federal crime of violence…including but not limited to the use of a weapon of mass destruction…bombings of a place of public use, public transportation system, and infrastructure facility…and to damage or destroy a building or property in interstate commerce by means of explosive…

From the Idaho indictment, it alleges:

From in or about August 2012 through May 2013, in the district of Idaho and elsewhere, the defendant Fazliddin Kurbanov, did knowingly and intentionally combine, conspire, confederate and agree with other co-conspirators, both known and unknown to the grand jury, to provide material support and resources, to

In addition, the Idaho indictment also alleges that Kurbanov:

Knowingly possessed a firearm, namely a destructive device, that is any combination of parts intended for use in converting any device into a destructive device…and from which a destructive device may be readily assembled, specifically: a hollow hand grenade, hobby fuse, aluminum powder, potassium nitrate and sulfur, not registered to him in the national firearms registration and transfer record…

There is a YouTube channel for an individual from Uzbekistan with the same name, though it cannot be confirmed at this time whether or not it is the same individual named in the indictments.

Immigration records indicate that Kurbanov was in the US legally.  In 2009, he was admitted to the US as a refugee, according to the director of the Idaho Office for Refugees.

Kurbanov pleaded not guilty to the charges.

The obvious unanswered questions come to mind.  Why is this man in the US?  Did he come here specifically to engage in such alleged activities?  With whom was he conspiring, and for what purpose?  How many were influenced by his online materials and are those individuals still out there?

The Department of Justice indicated in its press release that any potential threat posed by Kurbanov has been contained.  Given the nature of the internet, and that of the activities alleged in the indictments, I’m personally skeptical as to how such a judgment can be made at this time.  As we’ve learned thus far from the Boston bombing suspects, and many others before them, the internet is the new terror recruiting ground and its influence knows very few bounds.

By the same token, as online recruitment for terror activities continues, it goes without saying that as US citizens, we stand the risk of losing more of our first amendment liberties because of the actions of a minority of bad people. 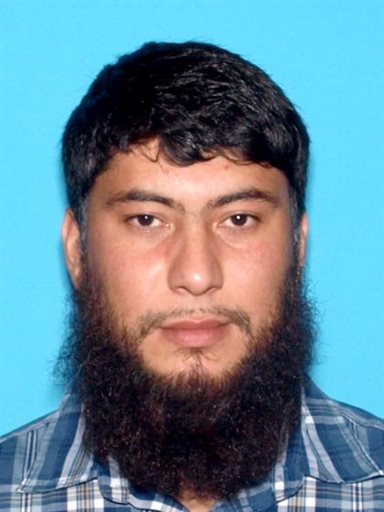 Let me get a head start here….

This is just another one-off, lone wolf, isolated, incidental anecdote.

I think we ought to explore charging creeps like this with false imprisonment, for making Americans stand in lines at airports.

Why are these people being let into the U.S. in the first place?

my first thought too.

And so we not only have criminal illegal aliens running all over the place who were released recently under the pretext of sequestration, but for the past four years the Obama administration has granted “refugee” status to and welcomed dirtbags with terrorist affiliations into this country.

But they won’t grant amnesty to a German family who wish to home school their children, because that family is Christian.

He was most likely granted refugee stat because the US opposes Uzbekistans’s crackdown on Muslim agitators.

Germany is not an enemy. Germany denied the asylum plea of a Us army deserter. ( now with e EU ) for better or for worse this is the same situation with 1930s Germany. Until they are an enemy it is a no go.

So we’re somehow obligated? When did we become obligated welcome every unproductive slimeball just because they are persona non grata in a country we’re at odds with?

Looks like it . From Einstein now down to Auntie Obongo & Uncle ubonga . It would be ok if they kept up some quality control.