This obviously is someone having some fun at MoveOn.org’s expense, but it’s still pretty good because it’s plausible.

As of this writing they have 93 of the 100 signatures they are seaking (h/t @KredoO):

The text of the petition reads:

We understand that indefinite detention is not a picnic and that many of you are probably homesick. But the hunger strike is doing nothing to hurt the Congressional Republicans, who are actually the ones responsible for your imprisonment. Meanwhile, the man who has pledged repeatedly to free you is said to be suffering from deep anguish.  Obama has your back, but do you have his? Please call off this ill-advised hunger strike.

P.S. We’re serious and if you continue to push Obama, we will call you terrorists and urge the president to throw the book at you.

The Petition Background explains how this problem developed:

For several years, President Obama has stated his intention to close the prison at Guantanamo, but the Republicans have thwarted him at every turn.  Unfortunately, the hunger strikers at Guantanamo – many of whom may be well-intentioned – do not understand how America’s political system works.  The hunger strike will do nothing to sway the stubborn Republicans who don’t care whether the prisoners live or die. But it is causing President Obama – who frankly probably cares too much — great anguish and tarnishing his awesome presidency.  And if the hunger strikers damage Obama and the Democratic Party, they’ll be worse off, as will women and gays.

Why do I think this is not “real”? Well, some of the “signatories” seem suspiciously familiar: 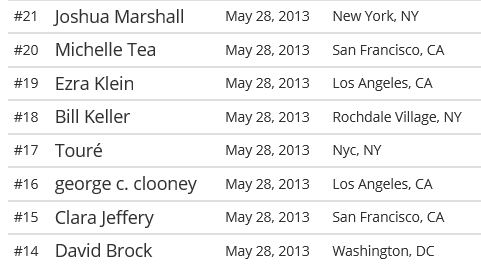 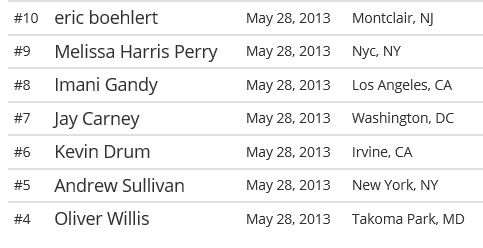 the Jay Carney one was an awesome touch LOL

Yeah, but I know a bunch of people named “Jay Carney.”

Ah, “Touré,” the world-famous “personality” goes by one name, inspiring decent and educated people everywhere to exclaim, “WHO!?!?!”

Ah, a tear just dropped over the anguish GITMO must cause our Dear One Leider; it’s almost beyond belief!

You should read the comments by the “signers”…!!!

I’m surprised Andrew Sullivan could take time away from his OB/GYN practice to sign this ludicrous petition.

But I guess for idiots, there is always time for idiocy.

someone got mad I guess

One needs a conscience before one can be tortured.

Lol, the only thing missing from the petition is an appeal for $3 to the Obama campaign…