Branco Cartoon – He Built That

Branco Cartoon – He Built That 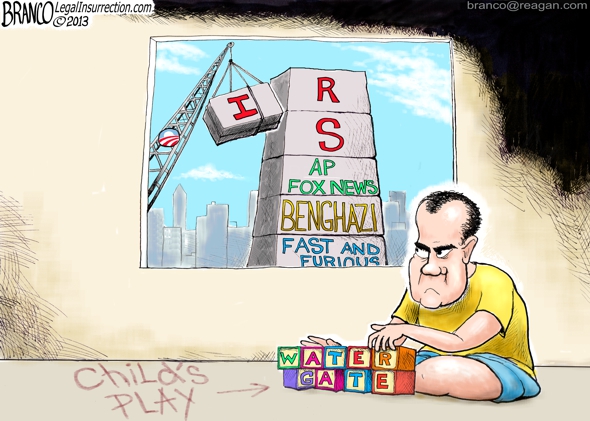 Yep, no one got killed or had their first amendment rights trampled in Watergate.

I give Holder no more than a month…

Didn’t Nixon win 49 states in that election?
They could have exposed Watergate, re-run the election and Tricky probably would have still won 38 of ’em….

This is a great cartoon. Thank you Mr Branco!
The effort spent by the media to trample Nixon and the Repubs versus the media being missing in action for IRS, Fast and Furious, Pigford and the many other scandals….wow.