Here’s the bummer: right-wing blogs are read by only a fraction of the electorate, and so the good information put out there by the professor is almost without voice in the grand scheme of things. The truth he utters deserves greater audience.

The tragedy is that right-wing bloggers, while being something like the Paul Reveres of our time, aren’t riding through the countryside to call everyone to arms. No, they’re holed up in their room, typing to their small audience, to little or no consequence.

There are ways to broaden the effectiveness of the information they seek to disseminate, but they won’t change their tactics. They’ll type, pray for greater hits on their web site, and change almost nothing.

There’s an answer to that, in part.  It’s an active readership sharing via Twitter and Facebook, and other social media. 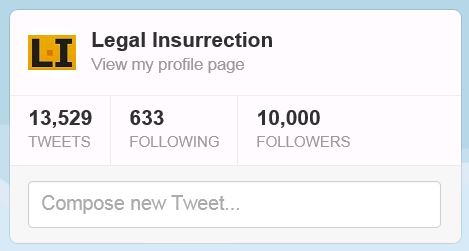 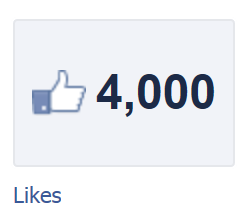 But those numbers are still small comparatively, so follow and like us, and if you are still so resistant, email our posts to friends using the email function at the bottom of each post.

You now have about double the Twitter followers that the LA Times columnist hack I went to high school with has. Congratz!

I feel a bit reluctant to share LI on FB because about 98% of my classmates are leftists. They despise my non-progressive politics.

If they were to then come to LI and start attacking you, that would feel personal to me, and I might be tempted to pull out the big guns and it could get ugly.

MSM coverage of news portraying progressivism in a bad light used to just be ignored. The MSM will, at best, grudgingly cover such news (albeit with the usual spin, and only as little coverage as possible), but the conservative blogs do reach a threshold at times where the MSM cannot go any longer without addressing what the bloggers are saying without further erosion of their already tattered reputation.

Erosion is evolution. It takes time. But evolving conservative blogs will continue to erode the MSM until it’s emptier than the Grand Canyon.

Happy Mother’s Day to the charming and beautiful Mrs. Jacobson!

I feel a bit reluctant to share LI on FB because about 98% of my classmates are leftists. They despise my non-progressive politics.

Likewise, for the same reason. Let’s probe a bit – most of my FB friends are active in the performing arts, and I think they’re all pretty smart. But in a collection of their political commentary, it’s astonishing how savage and unreasoned their anti-non-progressive barbs and slogans are. Really the collection reads like a Hollywood B-movie script for a lynch mob outside the jailhouse.

Apparently these moral paragons have completely absorbed some leftist gospel, and wish to reinforce each other in casting opprobrium on the heretics who dare to speak against it. In fact, I see their outcries more as ‘signifying’ to one another that they’re on the side of the Lord against the Devil, than as making any cogent analysis of current events.

Possibly, when they’re out of the warm FB cocoon, they might even behave warmly and humanistically and actually examine the facts behind their outrage. I wouldn’t expect that they’d go beyond NPR and NYT in their examination, however.

I started Twittering a week or so ago. I want to retweet everything from LI and from CI and from all the good guys out there.

Circle of friends — a natural, distributed protocol. You will never know exactly how far and to whom the information is disseminated. Not only will the information be published, but it will be presented by individuals with an earned credibility.

That said, the “circle of friends” protocol should not be abused, but used sparingly in order to maximize its effectiveness.

Aside from concern for their privacy, I would not hesitate to email LI posts to my liberal and independent friends.

Unfortunately, the good that would do would be undone or worse by the comments. While many LI comments add value to the posts, others have way too much craziness, malice, and willful stupidity.

I feel your pain, Prof, really, I do. But, you still have a lot more following and commenting than I do. Because I’m concerned about our country too, I’ve been reporting current news that the MSM won’t touch for awhile on my blog, with a little ‘fluff’ (personal events) in between, and I don’t think I’m helping or reaching anyone. I give up. Guess I’ll just post mostly fluff if at all. Hope you don’t give up. You’re needed.
God bless.

I highly recommend Matt Labash’s lengthy cover story about Twitter in the newest Weekly Standard. For ‘old school’ galoots like me who fail repeatedly to ‘Get It’ the piece is very helpful. Matt, I’m thrilled to report, gives a thorough inspection of the vapidity, self-obsession and outright ignorance of the Tweetusphere. Eeerrrrrrr…Or, does my bigotry offend a Trend on Tweety…Twinky… Whateeevvveeeeerrrrrrrr…(-:

Professor, you need a mascot.

I am with you professor.

I can’t speak for facebook. Dont use it but I have an account so I can follow you and others. I opened it as soon as Sarah Palin started using Facebook as her blog platform.

No where else on the planet would I have been able to strike up a conversation with Rep Darrel Issa on the eve of his committee finding Holder in contempt.

No where else could I have personally handed their ass one to one to such people as Keith Olberman, Maddow, Henry “The Fonz” Winkler, and many many other notables.

No where else can a conservative flash twitter mob take over and roll over the competition like Shermans march to the sea.

Twitter metrics matter to political parties and pacs so much that Obama’s OFA went to the trouble of creating fake twitter accounts to shift the metrics in his favor on gun control.

Conservatives got wind of it and pushed back so hard OFA metric shift was swamped by a counter strike.

For the uninitiated its like seeing television for the first time in your life in a way or realizing what you have missed after you get your drivers license and car.

I have pushed well past 11,000 followers and it is growing faster than ever.

This is a war and twitter is a battle ground not taken for granted or ignored by politicians and strategists.

There are several for such interests as gun control with the primary one being #NRA.

Team combat is carried out 24/7 on that hashtag and others of that ilk but it comes alive with the east coast wakes up.

Liberal websites leverage their readers by giving them talking points tweets to retweet… power is in numbers.

I see no real analog to that tactic on the conservative side and our conservative retweets generally are of tweet leaders who become popular with the power and qauality of their tweets.

A hashtag can spring up out of nowhere and take off like a rocket.

One example today is the conservative hashtag #BenghaziInFourWords

There is a list maintained by twitter of the ten most used hashtags on the planet and it zoomed up near or at the top of that list.

That is a power politicians correctly understand as the “voice of the people.”

VotingFemale…Well put and nicely stated. Now, please read Labash’s cover piece in the new Weekly Standard. Would love to read your thoughts. And, study my 6:59pm above without ONCE pausing to check your i-Thingy and pound on the the Tweety App. Hey, it’s theoretically possible. Promise.(-: