One year ago today, at 9:35 a.m., I posted the news which had just begun spreading throughout the blogosphere:

We should focus on how much good he did in standing up against the left-wing smear machine, which now will be celebrating for sure.

Take a look at the full post for other reactions, some classy some not.  And read through the comments.

While the media tried to pigeon-hole him as an agitator, he was so much more than that:

One of the things Andrew’s death did was cause me to think through the role other bloggers and Legal Insurrection could play moving forward. I followed up with:

A personal note on the death of Andrew Breitbart

Andrew lived in a world without restraints.   He could be who he wanted to be, a luxury few bloggers have, particularly those who blog under their own name and work for others.

I’ve often wondered where to go with this blog.  I now know.

That post generated a lot of reader reaction, particularly the last two sentences.

The reader outreach to me was heartening even though that day wasn’t about me.  It mattered.  Isolating each of us is what they try to do.

Your steadfastness, your even-tempered, truthful commentary on current events and the challenges of our time, are inspiring.  Your care, precision and dedication to accuracy are a steadying influence.  LI is a blog for our times.  Thank you.

Andrew Breitbart was incandescent.  Andrew was break it, smash it, confront it, allow it no place to hide, chase it to the corner, shine a light on it, make people admit what it is and what they’re doing, and what they’re peddling while they call it “journalism.”  One of a kind.  Sui generis.  I love Andrew Breitbart.   I am so sorry he’s not with us anymore.  God bless him.

Professor, your personal note brought tears to my eyes.

I support you in whatever your heart and resolve lead you to.  100%.

Hi, Professor. I’ve been going around all day feeling like I had a hole in me. I read the memorials to Breitbart and watched the replays of his interviews. Nothing helped until I read the last two lines of the above statement. We lost one warrior today, but perhaps another was born. I don’t know what I can do to help from a small town in the deep South, but whatever you need, I’m here.

This comment is something I’ve continuously pondered in one form or another.

Professor, LI has become my favorite blog – and I read MANY.

You distinguish Andrew’s world (“without restraints”) from your world (“I live in a world of restraints”).  The uncomfortable but simple fact is that we choose which restraints limit us.  It’s not the world that is victimizing you, professor.

I wish I had a cure for that.

There may be an easing of the restraints soon.  If it happens, I’ll bring out the fireworks, including the nuke stuff. 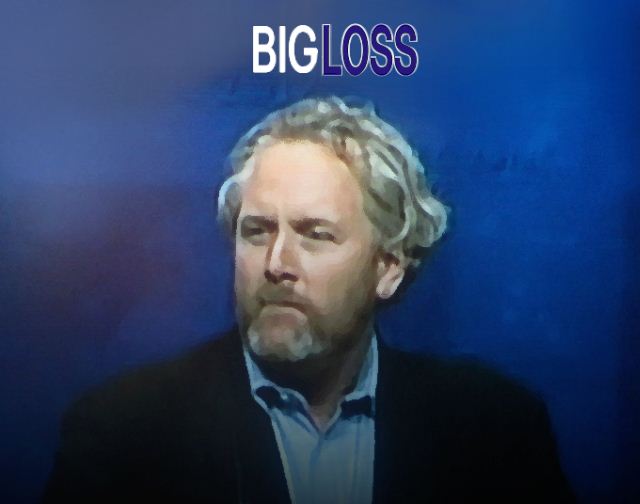 Glenn Reynolds, If you miss him, there’s only one thing to do:  Be Breitbart

(added) Ace, One Year On

RIP Andrew. We miss you. Ironic today the sequester started. You would have loved commenting on that.

Andrew understood how important it was to the Left to provide the conceptual metaphors that frame most people’s daily perceptions as they encounter life. This hugely influential ability comes from the Left’s virtual monopoly over mainstream media as well as Hollywood, TV, movies, and music, and education.

It is time the Right understood that better. Both learning to play to the prevailing and artificially created mindsets in their political messaging. More importantly, alerting people with humor and real examples of just how much they have been primed. At a mostly unconscious level. Hence the term Habits of Mind as an education and communication goal.

We were slower than you on this Andrew but we got it now.

As someone who’s been walking around in my own kind of daze, it’s only now -a year after- do I understand how great a loss your death was to our cause!

I hold to what I said on those comments a year ago, i.e., the most significant loss of a cultural figure in my life.

We’ve lost ground on almost every front since he died. He was teaching us to think big all the time, and to embrace the art and joy of confrontation. In this age of the Left, both are essential. Maybe it is not that we necessarily forgot his lessons but simply that we have no one who can do it like he did. So he was indeed “irreplaceable,” the word wasn’t just empty praise. So very sad.

My favorite film with Andrew Breitbart is the Sarah Palin movie, The Undefeated, that also featured Mark Levin and others.

Breitbart’s name is now a verb that means confronting evil head-on whatever the cost, openly and unapologetically.

Not many people can claim that.

Let’s all Breitbart without ceasing until the end of our days.

You know what I liked the best about Andrew?

He told it “like it is”, no matter how anyone on the Left took it. There was one protest somewhere in the Northeast or the Great Lakes (Wisconsin?) in which he confronted some union thugs and other Leftists directly. Some of them had signs that said “Stop the Hate!” He pointed out at those posters while confronting that mob. “Here, there it is. Look at that. “Stop the Hate!” Don’t you see that? Don’t you see what you’re saying here?!? Don’t you see what you’re doing?” He showed them in plain sight their hypocrisy. Not many of them liked it to have it exposed that publicly. And he took them to school for it. For that one alone, the mob just picked up their stuff and went home.

Or this one at that Tea Party Nation conference, speaking directly to the MSM, “Your business model doesn’t suck – YOU SUCK!!” Oh, that got me jumping out of my couch with my fist in the air.

He knew the Left by instinct. He knew their tactics. He knew the solution to all of that. And he was NEVER AFRAID OF TELLING THEM TO GO TO HELL.

I hope we all have ten times his courage and fearlessness.