The Insurrection’s all over the place

The Insurrection’s all over the place

I’m interviewed in The Washington Times Communities section, with a fairly nice description and graphic:

Since it went online during late 2008, Legal Insurrection has established  itself as a unique legal blog. With a focus on current events, and analyzation  of these from a distinctively center-right perspective, it attracts no small  number of readers.

Aside from being a law professor at Cornell University, William  Jacobson is the man behind Legal Insurrection. He explains his views  about the economy, Citizens United, the Second Amendment, the legalization of  gay marriage, and the idea of our Constitution being a living  document. 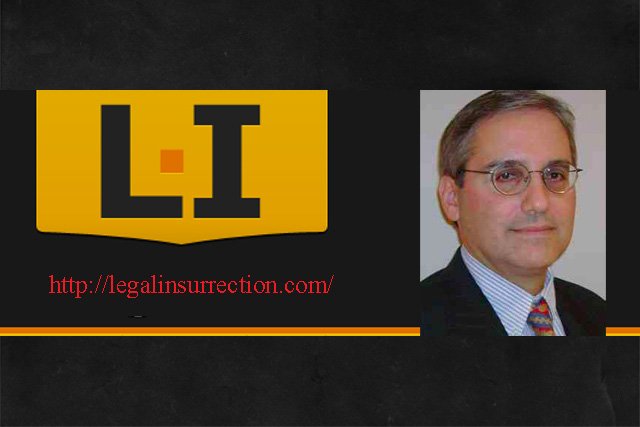 Last night, Aleister of American Glob, who helps at College Insurrection and at Elizabeth Warren Wiki, was interiewed on the Sivio Canto show, of which Leslie Eastman (of LI and CI) ia the Executive Producer.  Get the details at College
Insurrection Night on Canto Talk.

So funny how hard it is for libs to say anything nice about a blog that is “distinctively center-right perspective”.

So I’ll say it: LI is sensational, informative, funny, real, provocative, enlightening, ground-breaking. What did I leave out?

Man, this is horrible. LI, et al, is marching towards the big time, and deservedly so, but growth means the comment section numbers will hit crazy numbers (like 11,236 comments), with a membership so large it’s the first thing illegals will ask for when they get here. STD infections will rise, the ‘regulars’ will be lost in a sea of newbies, there’ll be frog rains, and dogs sleeping with cats – CHAOS, in other words. Slow down!

I agree with HH and am suggesting a potential solution. How about a two-tiered comments structure? The first for everyone, the second for seasoned subscribers. Both visible to anyone but the second “read only” unless allowed to post based on longevity or/and other criteria WAJ desires to impose? How hard could it be? THAT difficult? Wow.

analyzation??? Oh, must have been written by a Columbia J-School grad. That explains it…

The Columbia grad probably wanted to write anal-ization, but the editor changed it 🙂 j/k

Seriously, though, The Professor has a nice forum here to express his views, and to let us vent our opinions as well (provided we don’t get too pointed.) Interesting to note the article frames the “…idea of the constitution being a living document” as somehow being promulgated by the professor though. Just goes to show how disingenous these journalists are these days.

It was a blast talking to Aleister last night. The host and I plan to invite him back for a regular “College Insurrection Night”.

“Analyzation”: Guess the proper term is “analysis”. Nevertheless, Bill, this is a wonderful source of information. Keep up the great work. Thanks also to Anne and all of your contributors. I stop by here every day.

Professor Jacobson, you must be an absolute master of time management. It’s amazing what you manage to get done.

[…] As William Jacobson noted today, The Insurrection’s all over the place! […]

Truly, P’fessor, telling the truth has become a revolutionary act, yet people always seek the light of truth, even when hidden behind a forest of lies.

Keep that light bright and shining!